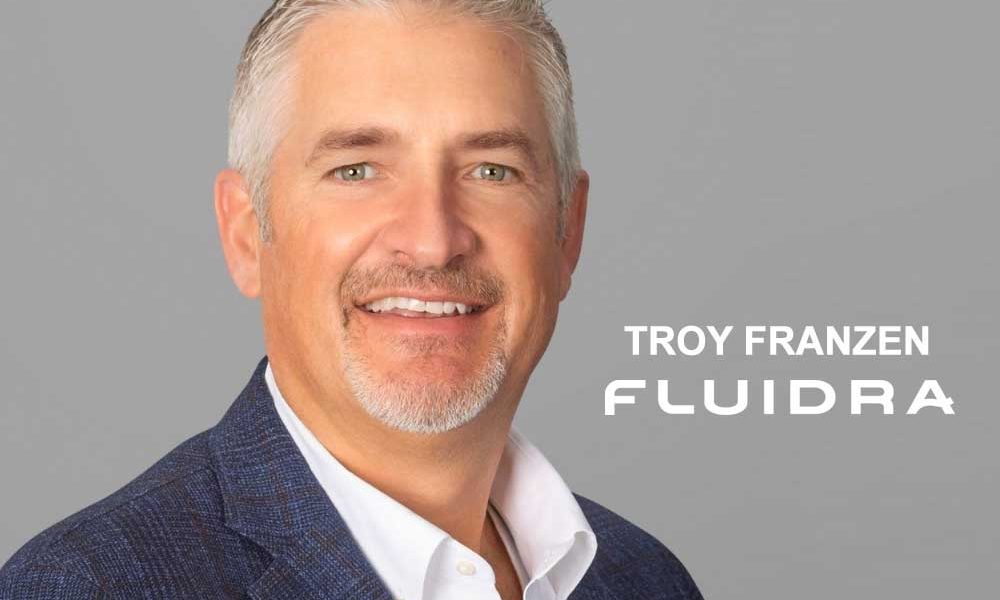 Fluidra announced that Troy Franzen would be retiring and that Lennie Rhoades would be stepping up as the new president of Fluidra North America. We had the opportunity to catch up with Troy to conduct an informal exit interview on the Pool Magazine podcast.

What You Need to Know About Sydney Ep…
Which are the Top 5 Flutter Payment G…
Muslim American servant NARRATOR
High Paying Jobs ($100,000+ /yr) With…
ELON MUSK: BIOGRAPHY, NET WORTH, TWIT…

(Pool Magazine) PM: So are congratulations in order Troy, are you officially retired right now?

(Troy Franzen) TF: I am officially retired right now as we speak. This is my first week at home where I’m not looking at my phone every five minutes. It’s a different feeling, but yes, it’s kind of official we speak.

PM: That’s terrific. 12 years with the company was a real achievement. You’ve had a great run and some big milestones with Fluidra. You were with them a long time, can you talk to us a bit about your experience with them?

TF: It was Fantastic. I look back and twelve and a half years seem like it’s flown by. The last three years, as we know, kind of put time into a different kind of context.

PM: What changed in your life while you were president of Fluidra?

TF: What changed in my life? Oh, boy. Well, when I started with this company, I had three young children. Now, twelve and a half years later, I have three adult children that are almost all through school or working in post-grad school. And so that’s made me proud. That’s been a big change in my life. I’ve learned a ton about certainly the industry, our company, and the pool business. It’s been a pleasure along the way. 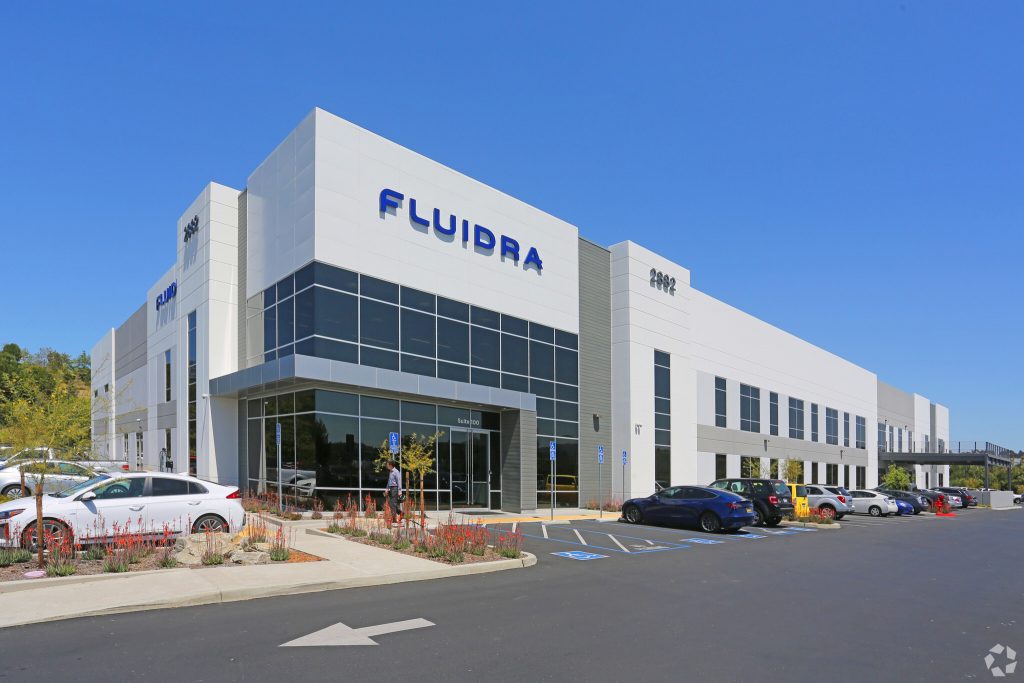 PM: We know you played a significant role in the transition from Zodiac to Fluidra. I mean, you were there at the very start. Can you talk to us a bit about that and some of the other acquisitions, mergers, and changes that you saw happen during your time with the company?

TF: In 2010, I would say that we were then owned by Carlyle Private Equity. We were under the label of the company name Zodiac Pool Systems. If you go back and think about what occurred leading up to that time period with the housing market and of course the great recession that took place, it was a dramatic time frame not only for the industry but for our company.

The company changed dramatically as the economy kind of took a turn for the worse. A lot of under-investment or no investment or stripping of costs was taking place when I came on board. I would say the company was a little bit rudderless and lacking in direction. It needed some investment in key areas like customer service and quality and sales. It was a difficult time, but on one hand, it was nice to come in when things were at the bottom. There was only one way to go with that.

Bruce Brooks, our current CEO, and I were of like mind having worked together in the past. We set our sites on building a great company and not thinking about the short term and not thinking about flipping the company. We started thinking about building out a brand. Building out a quality infrastructure. Putting together a sales and customer service strategy that was focused on the customer. Y’know? Really saying ‘Hey, what do we want this company to be today?’ That was twelve and a half years ago, and the results speak for themselves.

PM: You’ve had a few big milestones over the last couple of years. Taylor Technologies, SR, Smith, CMP. There are some big acquisitions there.

TF: We did if you can go back before that, we weren’t doing a ton of acquisition work early on because we were still building out the foundation and fundamentals. We bought a company called Savi Lights years ago. Nicheless LED technology had some early quality challenges, but that acquisition kind of put us into the lighting category. We went on to buy a small company located at the one called Grand Effects, which kind got us into that high-end decorative fire and water feature space.

When the pandemic kicked in was when a lot of companies kind of went into hiding or thought things were going to turn really bad. Not only did the market start to turn for the good, but Fluidra doubled down. The board gave us a lot of support not only financially, but gave us the leeway to go get aggressive.

We started with CMP custom molded products out of Atlanta, which kind of got us into a different vertical and spa OEM products, which we’re excited about. We also expanded our offering with alternative sanitizers, white goods, and some other products that fit in nicely with our Jandy and Polaris bundle. Then we moved on and bought eventually bought S.R. Smith up in Oregon. That got us into a lot of the deck equipment like slides, rails, diving boards, and then also allowed us a nice baseline of business to expand the commercial portfolio. Wrapping up with Taylor Water Technologies out of Maryland. It’s been a nice little bolt onto the family.

PM: These are some tremendous milestones. Troy, now that we’re getting to the point in our conversation where we’ve got to ask you, what made you decide to take this moment to retire?

TF: Oh, boy, I don’t know that there was one AHA moment. I always said I wanted to retire early, and I was naive enough to say when I was 21 that I’m going to retire when I’m 50. In fact, I missed my goal. I’m a little bit late but I always wanted to take time to do the things that I want to do; while I could do them, on my own schedule. I love sports, so to use a sports analogy, I didn’t want to go out on a low. I didn’t want to get carried out off the field in a stretcher and I wanted to make it my decision.

Fluidra had this incredible run of success. I would lie if I didn’t say the last couple of years have been incredibly rewarding, but they also have been challenging and especially when you throw the acquisition work on top of just the day-to-day heavy lifting that took place to service our customers.

It was time to take a break, I think on about late last year. Bruce and I started talking about succession planning. As a public company, one of our jobs is to be stewards for the future, not just for now. How do you have a successful transition of power? So I said I’m ready to take a break, let’s start thinking about a handoff. That’s kind of when this started, almost about ten months ago. I know it kind of just was recently announced, but in fact, in my mind, the plan has been going on for some time now.

PM: Lennie Rhodes is going to be moving into your role. His previous role was CEO for Big Ass Fans. I saw he was VP at Husqvarna and before that Director of Marketing for Electrolux. This kind of unexpected move of bringing in a company outsider to the role, what was the strategy behind that decision to look outside the organization?

TF: Well, some people may call that an unexpected move or unconventional move, but I actually came from outside the industry when I came on. He’s got an incredible background. I think if you look at the companies he’s worked for, he’s worked in very similar kind of channels and industries that we’re dealing with. Working through distribution is in his background. So I think Bruce thought that that was an important aspect. We wanted someone that would bring a new perspective, and diversity of ideas if you will. I think that’s why we landed on Lennie. I’m pretty excited. I spent a lot of time with him and in fact, I think the company is going to be in fantastic hands.

PM: Usually when there’s a change at the top, there’s a lot more change coming. What does the change in leadership look like for the rest of the executive organization as well as the rank and file of Fluidra North America?

TF: People have asked what I’m proud of leaving behind. I think that’s the leadership team we have in place at Fluidra. Twelve years ago we were always kind of the green, inexperienced, kind of rudderless management team. We have turned the corner and I would say over the last seven years, there’s been kind consistent, solid leadership, and a strategic plan. We’ve been a stable group in the industry. I’m very pleased and proud of the team we have in place. We’ve got a really solid, stable, mature executive leadership team and frankly, I don’t anticipate any changes in leadership.

PM: Lennie Rhoades is stepping in at a particularly challenging time. What advice as parting president, were you able to offer Lennie about what obstacles lie ahead?

TF: I started in 2010 so I kind of started, I don’t want to say a similar time period, but because I don’t think what’s going on now is going to have the same curve or the same kind of decline that occurred in 2008. Certainly, we are in a period of softening. We can debate whether we’re in or heading toward a recession, but I think the fundamentals are sound. My advice to him has been, don’t overreact. Don’t do anything in the short term that will impact a business that’s really stable.

Of course, he’ll have his own leadership style and he’ll have his own approaches, but I advised not to let the short-term media cycle or what’s going on with the economy affect what’s a pretty good organization with a good strategy. Stay the course. Look for ways to improve. Look for ways to drive more efficiency and unique ways to go to market. But don’t overreact to a short-term economical downturn.

PM: What are your plans now? What involvement, if any, do you plan to maintain with Fluidra as you exit the organization?

TF: On a personal note, I plan on taking a break, traveling with my wife, and spending some time with my three grandchildren. I’d love to get involved with volunteer charity work in my community. I do intend to help Bruce and the board and the leadership team in any way possible.

If there’s any future consulting or outside work that they need help; I don’t know, maybe it’s due diligence or looking at any future acquisitions. I’ve kind of signed on to help as any special projects come along and in the very short term plus help Lennie steer the way. Any questions he has or or any doors he needs to open, I’m happy to help because it’s in mine and everybody’s best interest to.

Y’know, I think the best has yet to come from the company. Although there’s a little bit of a soft spot in the economy, the future is really, really bright and I think you’re going to see big things out of Fluidra in the future.