The Hôtel du Lac (English: Lake Hotel) is a Hotel in Tunis. The building was designed in the Brutalist style by the Italian architect Raffaele Contigiani and built from 1970 to 1973 for the Tunisian government of Habib Bourguiba.

The striking design, departing from traditional Arab and European architecture, made the hotel a symbol of modernism in Tunis. It remains an important example of Brutalism in North Africa. Its distinctive shape has prompted comparisons with the sandcrawler vehicle of the Star Wars films.

The hotel stands to the north of the Place du 14-Janvier 2011 (formerly the Place du 7-Novembre 1987) at the eastern end of Avenue Habib Bourguiba, between Avenue Mohammed V and A1 motorway, to the west of the Lake of Tunis.

It was constructed on 190 reinforced concrete piles up to 60 m (200 ft) deep, and built from exposed concrete (béton brut) around a steel structure, creating a single long block with ten floors, with large windows. Projecting cantilevered stairs at each end create an inverted pyramid shape. The 416 bedrooms are mostly on the upper floors, with the top floor twice as long as the ground floor. The interior décor reflected the 1970s, with floors covered by linoleum and a colour palette of brown, orange and red.

The hotel was privatized in the 1990, but it fell into disrepair and closed in 2000. It was bought by the Libyan Arab Foreign Investment Company (LAFICO) in 2013, which proposed demolishing the building and spending up to $100m to replace it with a new five-star hotel tower. Concerns about imminent demolition were raised again in 2019. 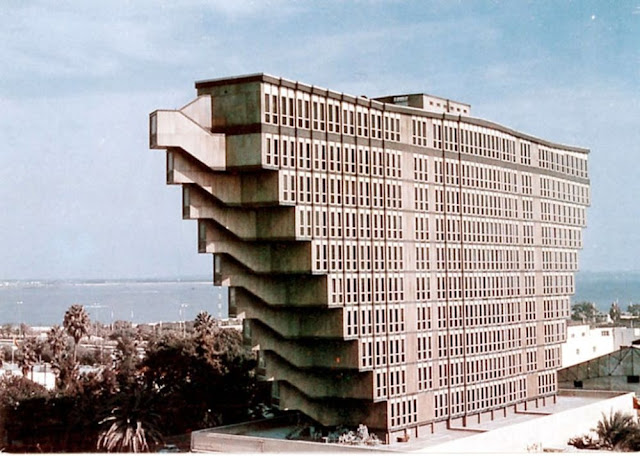 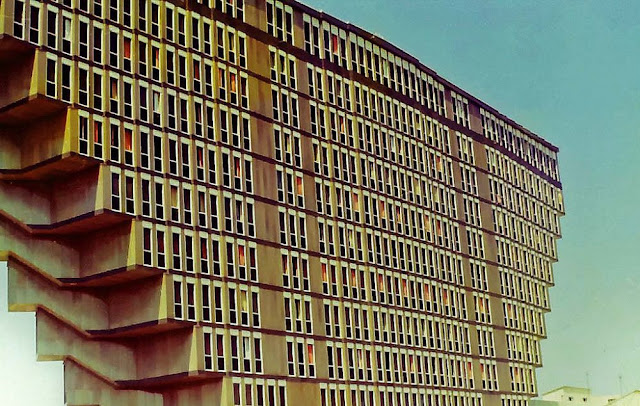 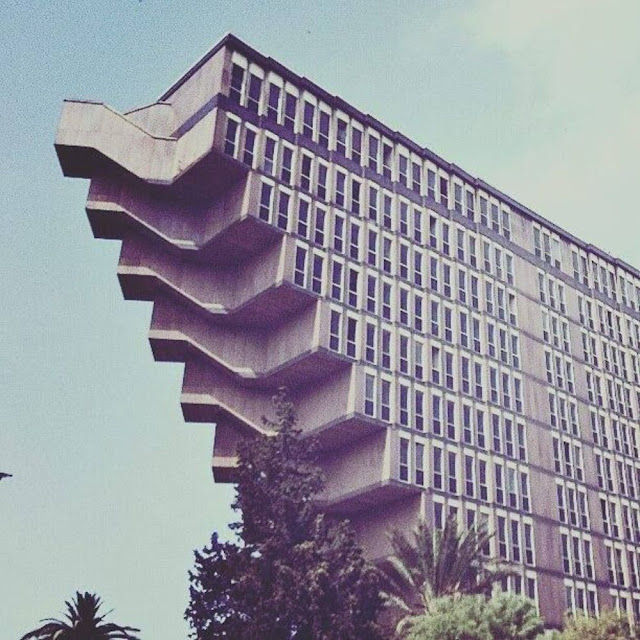 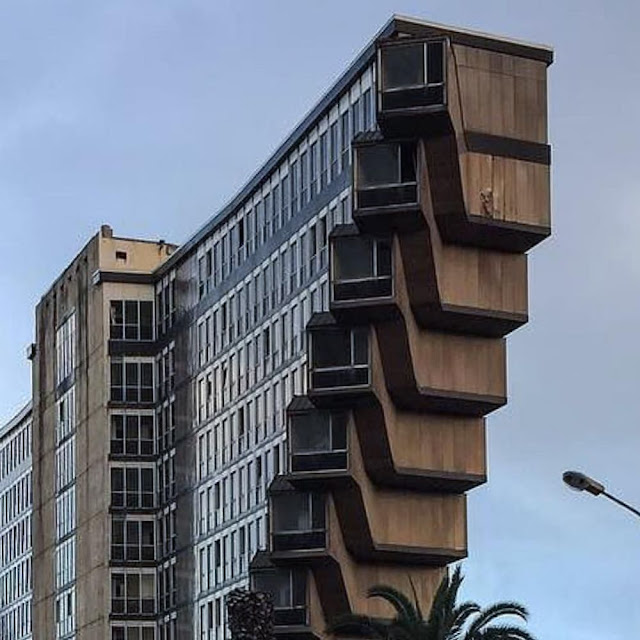 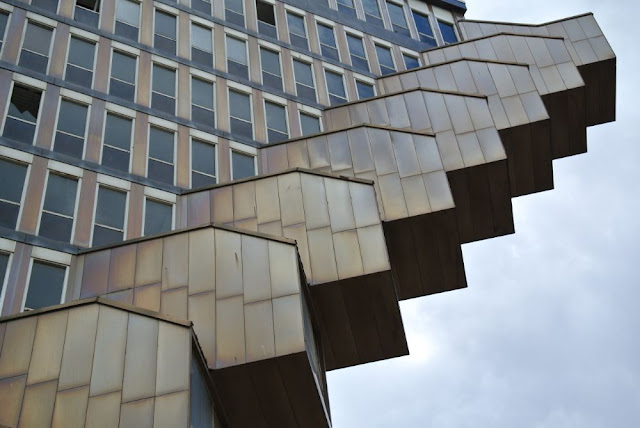 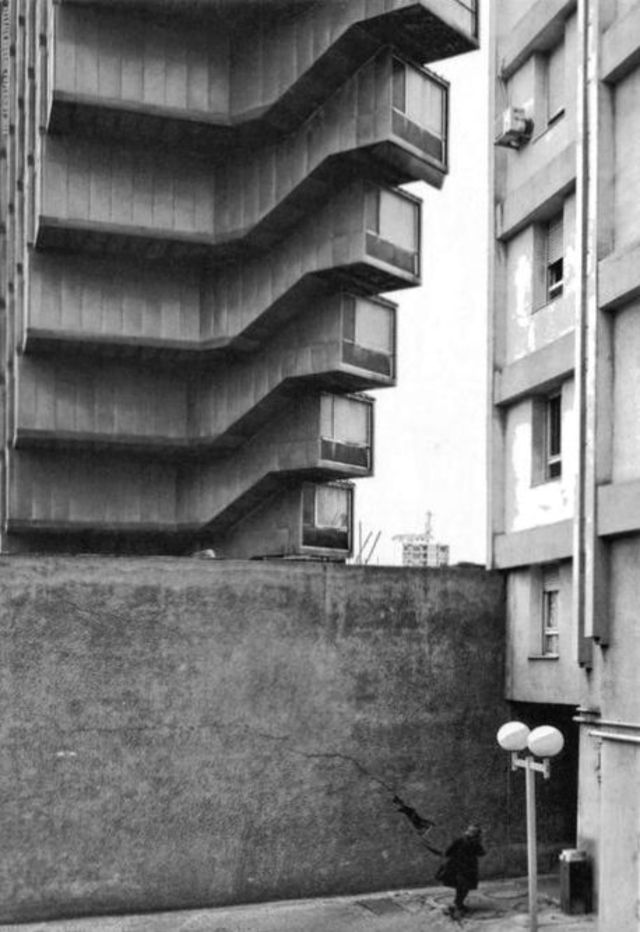 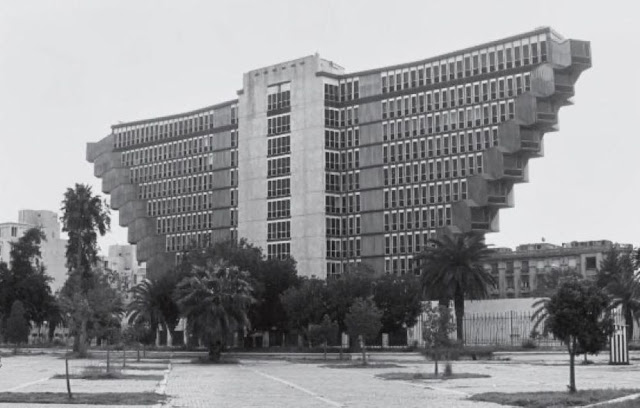 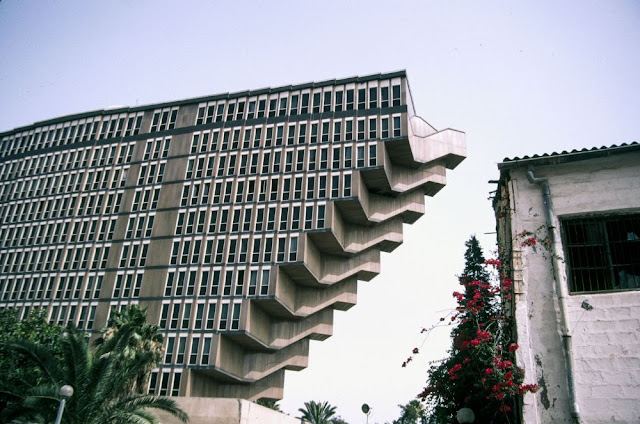