The root of the problem

Parts of our plot are affected by Club Root that affects members of the brassica or crucifer family. It is extremely difficult if not impossible to control. The disease thought to be related to slime moulds and has plant, fungal and animal characteristics. How scary a thought is that?
Club Root affects all members of the brassica family including weed's such as shepherd's purse and crops such as oil seed rape. It is spread by infected plant material coming into contact with soil and releasing spores. The spores produce things called zoospores that can swim short distance through moist soil in search of brassica root hairs and so the infection begins resulting in the root of the plant swelling. 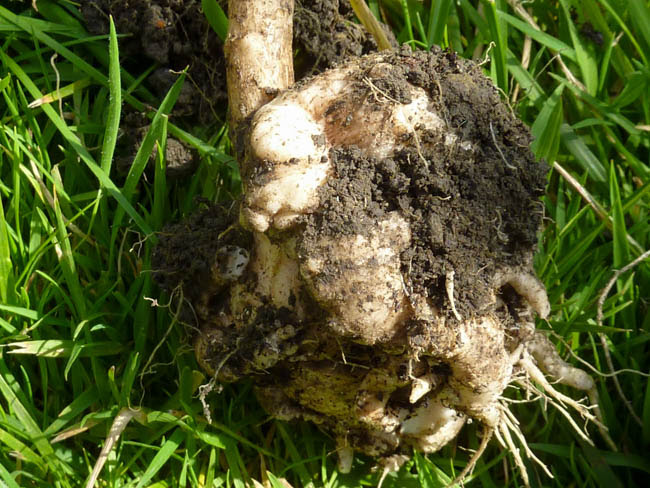 The  roots can then no longer support the plant and so it cannot take up moisture and nutrients and so becomes weak and often dies.
Once infected the spores can lurk in the soil for twenty years or so waiting for a suitable host plant. Most gardeners would find it impossible to avoid planting any sort of brassica into a patch of land for twenty years and when if they did self sown susceptible weeds playing host.
We know that our soil has been infected for years but in our early gardening days we used a dip on young plant roots that gave some protection. Unfortunately this was one of the gardening products that became unavailable and now there is little that can be done to treat cub root infested soil. Adding lime can help as club root doesn't like alkaline soil nor does it like well drained soil but as our soil is heavy clay this isn't something we can easily control.
Our option is to raise Club Root Resistant varieties of brassicas. There are more varieties being developed but to date there doesn't appear to be a club root resistant variety of sprouting broccoli.
We also buy brassica plants early and sometimes late in the season. These are from well respected sources and should be club root free but are not varieties that are resistant to the infection. We've tried to plant these in beds where club root hasn't appeared to be an issue in the past but the disease is quite difficult to prevent from spreading. This year we are trying a different tactic and growing the bought in plants to a larger size before planting out. 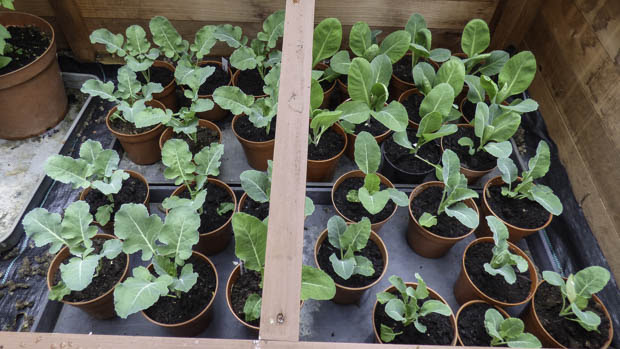 The hope is that this will give them more of a chance against the disease.
Last week we did have one pleasant treat and cut a rather splendid cauliflower from a bed in which the rest of the brassicas failed to thrive. 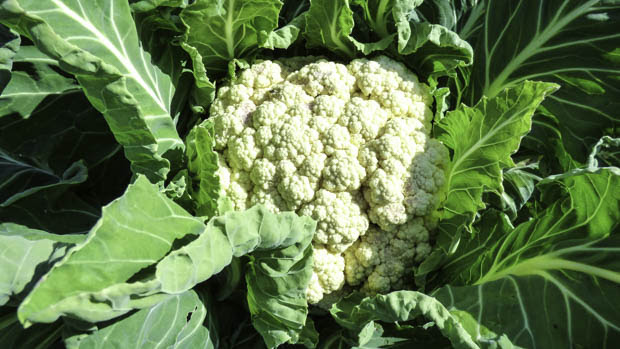 This - Aalsmeer -isn't advertised as a club root resistant variety so were we lucky of does the variety have some level of natural resistance? The roots didn't seem affected by the disease. 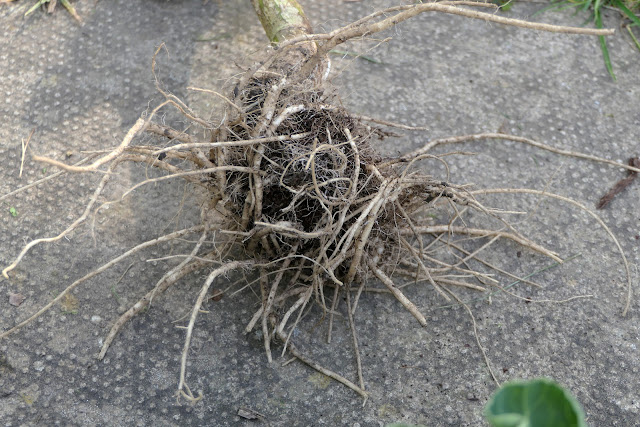 There are one or two more plants that may produce heads as they look to be growing strongly. 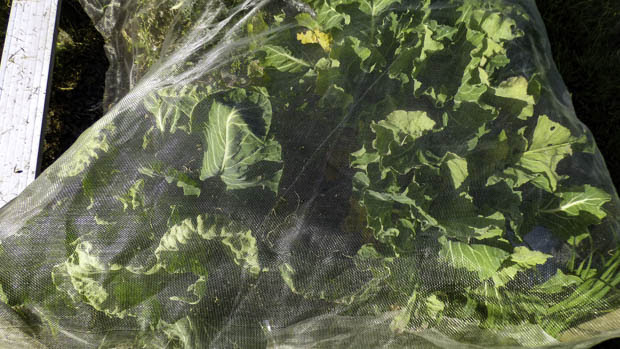 We do try in our battle against club root but I do wonder whether the battle is weighted against us succeeding. There seems to be so many ways that club root spores can affect soil and, other than growing plants under laboratory conditions, very little we can do to prevent it's spread.
As well as the cauliflower we also harvested a few leeks. 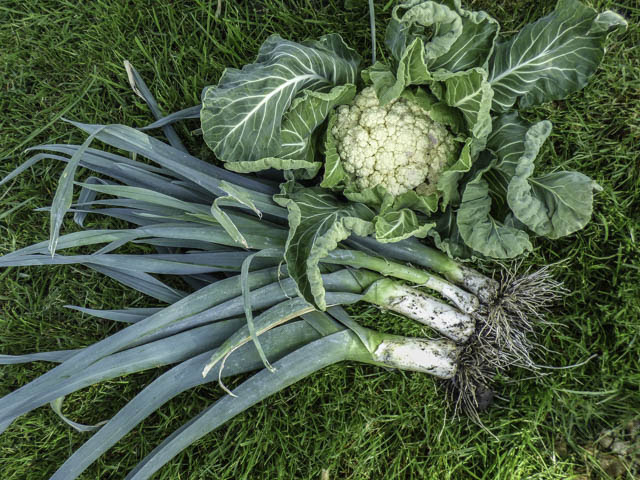 It's an amazing thought that next year the seedlings sitting in our greenhouse will be gracing our dinner plates.

To end a plea - if there are any plant breeders out there can you please develop a club root resistant variety of sprouting broccoli?
I am linking to harvest Monday hosted on Dave's blog Our Happy Acres

The root of the problem