Ola gente! Pardon my Portuguese but I just got back from an amazing weekend at the International Championship held in Sao Paulo, Brasil. I loved being able to practice my Portuguese once again!

The event was a great experience, not only in terms of the Brazilian community and how welcoming they were to us ‘outsiders,’ but also in terms of the quality of the event. There were a few mishaps here and there such as round delays and repairings; however, that is the case in most events with 600+ players and it’s usually due to things out of their control.

Life is getting in the way of living
A Comparison of the Environmental Imp…
Best Gaming PC Build for 1440p: Under…
Inside the Sky Residences at W Aspen …
France’s Most Unmissable Yachting Eve…

This report will touch upon all my thoughts going into the event, the conclusions from the Brazilian metagame and what my Deck options were before finally settling on the final deck and list I used, with a description of the games I played, and how they went down.

Before the International Championship, the Salt Lake City Regional took place and the top tier Decks seemed pretty definitive to me; with Tier 1 comprised of Decidueye-GX / Vileplume, Volcanion-EX and Turbo Darkrai decks. Following closely behind would be M Mewtwo-EX, M Rayquaza-EX, M Gardevoir-EX, Gyarados and Lapras-GX. 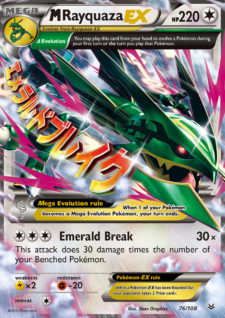 After taking a look at the latest Brazilian Spring Series League Cup Results, no deck stood out as a surprise or something unexpected, but rather it was simply surprising to see M Rayquaza-EX decks and others taking more CP than Turbo Darkrai. Volcanion and M Ray being so successful down there made me really consider the 2 decks that play the Garbodor + Parallel City combination (M Mewtwo and Yveltal), with Decidueye Vileplume as my safe fallback option. Garb + Parallel can be quite deadly against those 2 decks in particular, and is quite useful against pretty much every deck in the format.

With the news that the 630 player cap was hit a week or so before the event, I knew that I had to run the most consistent deck possible. Even though you can always see trends in the metagame, you really never know what you’re going to be paired against on the day of the event.

This article — “A Flowery Revolt” – Reflection on Preparation and a Misadventure in Gardening from Brazil — was originally published on SixPrizes.