Idioma: En
R A D I O A C T I V I T Y
http://alokeshgupta.blogspot.com
Follow me
Share me 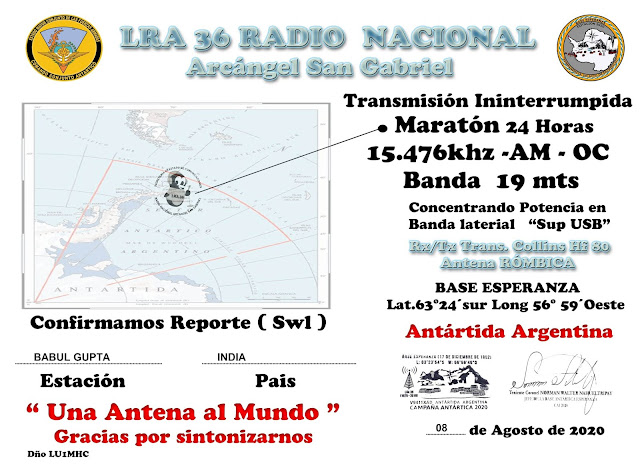 ANTARCTICA, 15476 USB, LRA 36, Radio Nacional Arcángel San Gabriel, Base Esperanza. According with a whatsapp received from the station operator, the next LRA 36 Transmission will be the Tuesday 20th of October, day of the 41th anniversary of the station. The program will start at 1300 UTC, one hour earlier than usual.
I suppose there will be a special eQSL commemorating this anniversary transmission.
Address for reception reports:    [email protected]
(Manuel Méndez, Lugo, Spain via WOR List)


This post first appeared on R A D I O A C T I V I T Y, please read the originial post: here
People also like