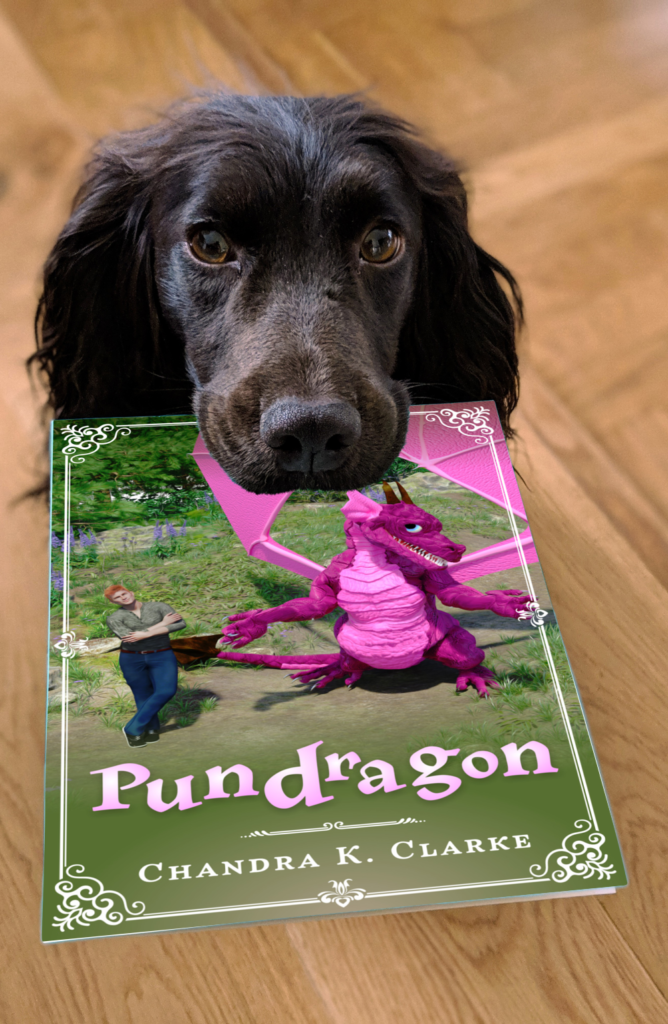 This sweet doggo was so excited to bring you the cover, she only charged me one biscuit. I gave her an ear scritch as a tip.

I’m thrilled to announce the upcoming release of my next book, Pundragon. Here’s the blurb:

Ian McDonald is trying very hard not to think about how the world might be going to hell in a handbag. After all, what’s he going to be able to do about it? He’s just this guy, stuck in a small town, pinned there by a load of student debt and a stalled Writing career. Oh, and a wicked case of writer’s block.

Or at least he was, until a Dragon showed up in his bedroom. At midnight. Quoting Freud and muttering about the space-time continuum.

So of course, Ian must Make a Choice and decide whether he wants to follow the dragon back into the Connectome and find his muse again, or stay in a house that surely wants to kill him, one repair bill at a time.

A place where maybe, just maybe, he might find out that some things are worth fighting for.

Even if all you have is a can opener.

Chock full of puns, terrible jokes, and nerdy references, I hope you have as much fun reading it as I did in writing it.

It’s going to be released in August, but you can preorder the ebook version anytime here: Amazon Link