In Study of Veterans, Psychotherapy Most Significant Predictor of Ptsd Recovery

Results of a retrospective study in the Journal of Clinical Psychiatry found that although off-label prescribing for posttraumatic stress disorder (PTSD) was effective across several medications, concurrent evidence-based psychotherapy was the only predictor of diagnostic improvement.

Meta-analyses of randomized, controlled trials have indicated that fluoxetine, paroxetine, sertraline, topiramate, and venlafaxine are effective in treating PTSD, although this usage has not been approved by the US Food and Drug Administration. The current study examined the use of these drugs in routine practice as opposed to their use in drug trials. 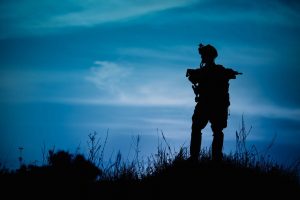 The authors identified 2931 outpatients at the Department of Veterans Affairs between 2004 and 2013 whose treatment for PTSD included fluoxetine, paroxetine, sertraline, topiramate, or venlafaxine. PTSD Checklist scores were measured at index and at study conclusion. Veterans were diagnosed according to the Diagnostic and Statistical Manual of Mental Disorders, 4th Edition. Data on clinical drug use were pulled from the VA Corporate Data Warehouse.

Over 6 months of treatment, patients improved by an average of 5 to 6 points on the PTSD Checklist, with no significant differences among medications. A fifth of patients no longer met diagnostic criteria, and those who did were significantly more likely to have pursued simultaneous psychotherapeutic treatment (P <.001.>

These findings might not generalize to older veterans, especially those who fought in previous wars, as most of the patients were young. Additionally, the authors noted, they examined only outcomes related to posttraumatic stress, not depression or quality of life. Further research would provide a more complete picture of veteran quality of life.

The authors concluded that patients with PTSD “should consider concurrent treatment with evidence-based psychotherapy in order to maximize their chances of meaningful improvement.”

Nigel Magowan is an experienced Manchester based UKCP Registered and Accredited Psychotherapist who combines psychotherapy with EMDR, CBT, somatic therapy, Focusing, NLP and mindfulness when working with PTSD and trauma.