The Benefits of Taking Probiotics for Good Health 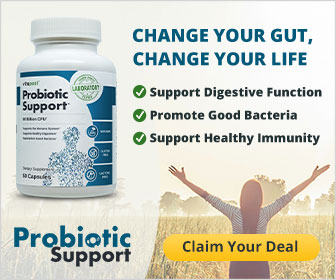 What are the benefits of taking probiotics? Who can take them? Should anyone not use probiotics?

There are estimated to be approximately 400 bacterial species within the gastrointestinal tract. That’s a lot, in fact, so much so that they alone come to a total weight of two kilograms or four + lbs.

They can be categorized under two main headings,  ‘friendly bacteria’ or ‘probiotics’ and harmful species known as ‘pathogens’. Probiotics are being studied more by researchers who now claim they can be used to treat a variety of conditions from high cholesterol to the common cold.

The sales of probiotics in 2018 exceeded $48 billion. Dannon Activia is one of the first brands of probiotics available to buy in supermarket aisles. Now probiotics are available in many forms the most common being drink beverages followed by supplements.

The most important friendly bacteria are Lactobacillus acidophilus and Bifidobacterium bifidum. Most cultures around the world will contain such lactobacillli in their diets in the form of yogurt, cheese, miso, and tempeh. To provide benefit to the body, probiotics must provide organisms in a manner in which they are able to survive the hostile environment of the gastrointestinal tract.

The Main Benefits of Taking Probiotics

Probiotics have shown other benefits which we discuss below.

Acidophilus supplementation can be particularly useful in preventing and treating antibiotic-induced diarrhea.

Many population studies have indicated that the consumption of high levels of cultured milk products can reduce one’s risk of developing colon cancer. L. Bulgaricus, the main lactobacilli used in yogurt has shown incredible anti-tumor activity. Indeed, the benefits of lactobacilli against cancer seem to extend far beyond the colon. In one double-blind study of 138 individuals with varying levels of bladder cancer, participants were treated with Lactobacillus casei and the results found that lactobacillus preparations were effective and safe in preventing recurrences of superficial bladder cancers.

Ever since probiotics and probiotic supplements and foods made an appearance (they have been around since the 1970s officially, though many cultures have an ancient tradition of using probiotics and naturally fermented foods) there has been news about their positive properties. They have been hailed practically as miracle workers for many problems and the market for various probiotics has been targeted as $77 billion by 2025, testifying to their growing popularity. Recent research points to different ways that probiotics can be used.

Probiotics Can Help with Obesity in Women

A research study led by Professor Angelo Tremblay of the Université Laval in Quebec and Nestle and published on January 28, 2014, in the British Journal of Nutrition says that probiotics may help women lose weight and keep it off. The study followed 125 obese men and women who were put on a weight loss diet for 12 weeks and then a maintenance diet for another 12 weeks. One group also had to take two probiotic pills daily, while the other group took a placebo.

While both groups lost weight, the group on probiotic pills lost an average of 10 pounds while the placebo group lost an average of six pounds during the weight-loss period. During the maintenance period, the probiotic group lost an average of 11 pounds, while the other group remained stable and did not lose any further weight. But there was no difference in weight loss among men who took probiotics and those who took a placebo, so probiotics may help women to lose weight in the long run. The group that took probiotics also had lower levels of leptin, the hormone that regulates appetite as well as intestinal bacteria that is a factor in obesity.

‘We don’t know why the probiotics didn’t have any effect on men. It may be a question of dosage, or the study period may have been too short,’ said Professor Tremblay. The study featured the use of Lactobacillus Rhamnosus.

A study published in JAMA Pediatric on January 14, 2014, led by Dr. Flavia Indrio of the Aldo Moro University Baro, Italy, said probiotic use in the first six months of a baby’s life can help reduce health costs as the use mitigates the effects of colic, gastrointestinal disorders, acid reflux, and constipation. The research team followed 554 infants who were less than a week old for three months. The infants were divided into two groups, one of which received the probiotic supplement and the other which received a placebo. Parents were told to keep a diary of their bowel movements, vomiting episodes, crying and doctor visits due to these problems.

At the end of the trial period, the results were analyzed and it was found that probiotic usage had positive effects on crying, vomiting and colic pains and also resulted in fewer visits to the doctor. On average, the infants using probiotics saved $119 for each family.

Probiotics Made with Human Feces

Typically fermented foods, yogurt, and drinks have different probiotics that are supposed to be good for you. A study published in Meat Science in its February 2014 issue talks of using meat as a probiotic. The article titled Nutritionally enhanced fermented sausages as a vehicle for potential probiotic lactobacilli delivery used probiotic bacteria got from baby poop. The study was co-authored by Anna Jofr, a food microbiologist at Catalonia’s Institute of Food and Agricultural Research’s (IRTA) food-safety program in Girona, Spain.

What is the need for probiotic sausages you may wonder? The author says that for people who cannot take dairy products the sausages would be a way to introduce probiotics in their diet. Crazy right?

Probiotics are a better way of fighting off bacterial infections. L.Acidophilus can slow the growth of Candida Albicans, the main yeast involved in vaginal yeast infections. They make the area more acidic which helps fight off the bacteria that cause these infections.

Clinical studies have also demonstrated that consistent intake of lactobacilli can assist in the removal and prevention of recurrent vaginal yeast infections as well as bacterial vaginosis.

Things that can contribute to throwing vaginal microflora balance off include birth control pills, antibiotics, and spermicide creams.

There are several specific benefits of probiotics for men.

Yeast imbalance is commonly associated with women. It can occur in men too. Maintaining a balanced urinary tract helps stave off infection and probiotics can help.

The gut is also responsible for a large part in the production of hormones. One of the most important functions it plays in men is helping to regulate the production of oxytocin. This maintains the production of testosterone as well as supporting healthy libido and male characteristics. Probiotics work to keep your gut bacteria in balance.

Bone density loss in men is common as you age. Rather than reach for calcium remember again that your gut handles providing nutrients to your bones. Keeping it balanced allows the right nutrients to get to the right places. A supplement of calcium may not work as well as probiotics and your healthy diet.

Benefits of Taking Probiotics For Kids

Benefits of Probiotics and Prebiotics Combined

The combination of taking both is better than the benefits of taking probiotics alone.

Probiotics are bacteria. Bacteria also needs to food to flourish. Prebitotics is food for the probiotics. To feel the best benefits of taking probiotics, add prebiotics. All prebitotics are fiber but not all fiber has prebiotics in them. They have a list of benefits none of us should ignore. They aid in boosting bone health, assist weight loss, encourage normal body sugar levels and immune assisting effects.

We’ve all heard the phrase “You are what you eat”. Whatever you eat affects the skin and hair. Too much fat or sugar and you can experience a skin breakout. The same is true with stress and anxiety. Both alter the functions of your gut. Instead of a balanced gastrointestinal tract, you have an unbalanced toxin releasing gut that causes breakouts. The best remedy is to add some probiotics to calm it all down again. It helps reduce the toxins released into the bloodstream.

You can buy probiotic skin cleanser, moisturizer, and mask.

Known brands that include probiotics are Kefir and Dannon Activia. Getting the benefits of taking probiotics by eating them in yogurt is a simple way to add them to your diet. Yogurt is a product most of us eat regularly.

Make sure your yogurt is fresh as live bacteria do not have a long shelf life.

Why You Should Not Take Probiotics

The benefits of taking probiotics are considered safe for most people. There may be occasions when it’s wise to talk to your doctor.

Summary of Benefits of Taking Probiotics

Probiotics are enhanced with prebiotics. A natural source of prebioticsthat most of us like is the banana. It provides 1 gram of fiber. The suggested amount of prebiotics needed per adult per day is 5 grams. Onions both cooked and raw can provide up to 3 grams. There are other healthy foods you can include in your daily diet including baked wheat flour which offers more than enough per day to feed your probiotic supplements.

The Benefits of Taking Probiotics for Good Health

Subscribe to Health And Life | We Explain Complex Medical Stuff