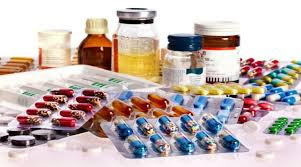 The first classification was used extensively some years ago and is still preferred by some authors. Following this classification, drugs fall in one or more of these categories: amides, acids, alcohols, amino ketones, amino acids, enols, esters, lactones, sulfones, phenols, etc.

Attempts to classify drugs according to their mechanism of action at the molecular level cannot include all drugs, because for many of them such a mechanism is yet unknown. For the present it is possible to divide a great number of drugs into the following classes: drugs acting on enzymes, drugs acting as suppressors of gene function, drugs acting by metabolic antagonism, drugs acting on biological membranes, and drugs acting by their psychochemical properties.