Fertility treatment: Getting treated for ICSI in India

People (couples) choose Icsi when they are diagnosed with infertility. It is a process in which a single Sperm and egg combine involved with normal fertilization are bypassed.  The indications of ICSI include:

How to battle decreasing Testosterone
The Why I am Weird Tag
Why Become A Sperm Donor?
Kentoconazole Oral: Uses, Side Effect…
Benefits of Meditation on the Body an…

* Decreased sperm concentration, which provides enough sperm which can be recovered.

* A decrease in sperm motility, including immotile sperm.

* Absence of sperm in ejaculate due to an obstruction which is caused by conditions like the congenital absence of vas deferens, post- inflammatory obstruction of epididymis or vas and failed vasectomy reversal. Testicular sperm extraction is used to get sperm for ICSI.

* Complete absence of sperm in ejaculate due to defective sperm production. Patients who have normal sperm formation in at least some areas of the testis, providing enough sperm can be retrieved by TESE.

* Ejaculatory dysfunction which is caused by retrograde ejaculation or paraplegia.

Besides all this, some immunological factors also contribute, like anti-sperm antibodies in female area, follicular sera, follicular fluid or sperm caused by vasectomy or genital tract infection

The procedure involves stripping cells from around the egg and injecting a needle to the egg. A very small percentage of egg, often less healthy eggs, may be damaged by this process and also generate many times eggs fail to fertilize normally or arrest at an early stage of development. ICSI pregnancy rates and live birth rates are quite similar to those achieved with IVF. But, studies show that blastocyst formation is reduced as compared to IVF, especially in case of poor sperm motility and morphology. The arbitrary selection of sperm has the potential for increased risks of genetically abnormal Embryos and birth defects including infertility.

What is a Fertilization Check?

In order to check for fertilization of oocytes, the fertilized oocytes must be kept under observation for about 16 – 20 hours post insemination for the presence of two round nuclear structures, the male and female Pronuclei, formed by sperm and egg. Fertilized oocytes must be distinguished from unfertilized and abnormally fertilized oocytes. Cells which surround the eggs are carefully put away to allow a clear view of the egg. Pronuclei must be stored within the appropriate time span before they merge and are no longer visible. This means only normal zygotes with two pronuclei are cultured for embryo transfer.

Abnormal fertilized oocytes are observed when eggs undergo development without fertilization or are fertilized by two or more sperm.

What is Embryo Grading? 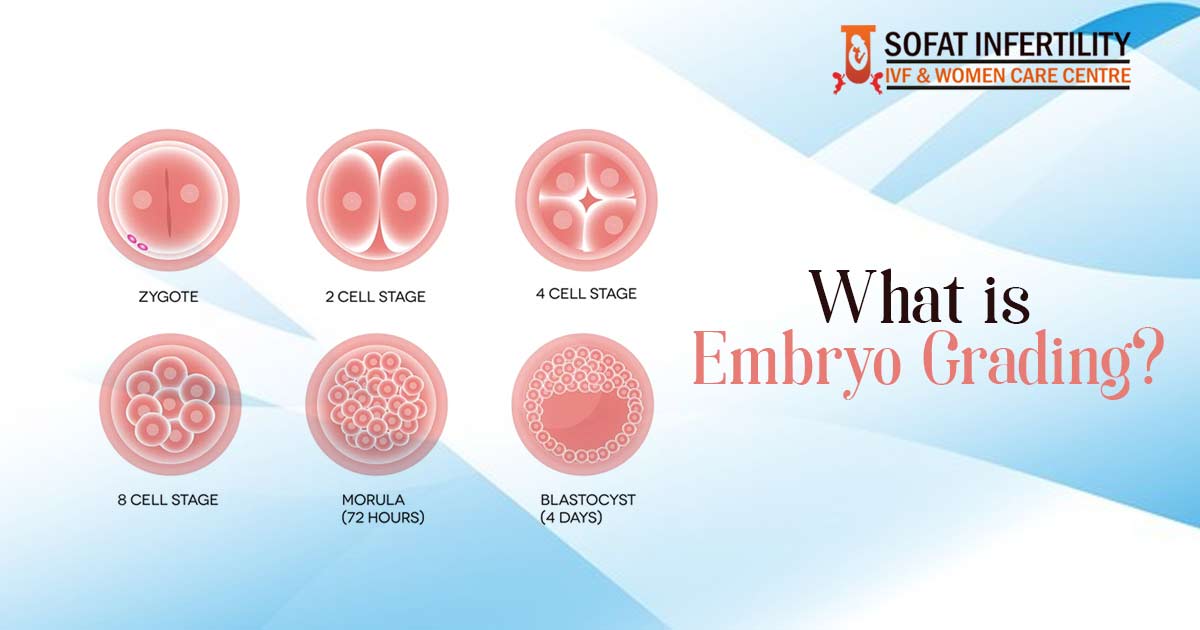 Assigning a grade to every embryo to identify the best quality embryos that are then selected for embryo transfer to cryopreservation.

There is a selection criterion or grading system, which has to be applied for all cleavage stages from day 2- 4 to allow selection of embryos. Embryo development can be checked approximately every 24 hours. Slow dividing, non-dividing or fragmenting embryos are selected against.The quality of each embryo is checked using the following grading system:

Grade A:  They are even, equally spherical cells having no cellular fragmentation.

Grade B:  These are very uneven or irregularly shaped blastomeres and less than 10% fragmentation of blastomeres.

Grade C: These embryos have 25% fragmentation. Blastomeres appear to be viable.

For selecting embryos for embryos transfer, one chooses the most viable embryos, those that are rapidly dividing with little if any fragmentation. Hence the embryos that have reached the most advanced developmental stage and have the least cellular fragmentation are selected for transfer. Since you have known so much about the treatment, you should also know about the ICSI treatment Centre in India, which is one of the best.

Why Become A Sperm Donor?

Benefits of Meditation on the Body and Mind

7 Men’s Sex Toys That He Needs

Frogmind, the Buddha and my worries

Fertility treatment: Getting treated for ICSI in India

Subscribe to The Procedure Of Ivf Treatment In India