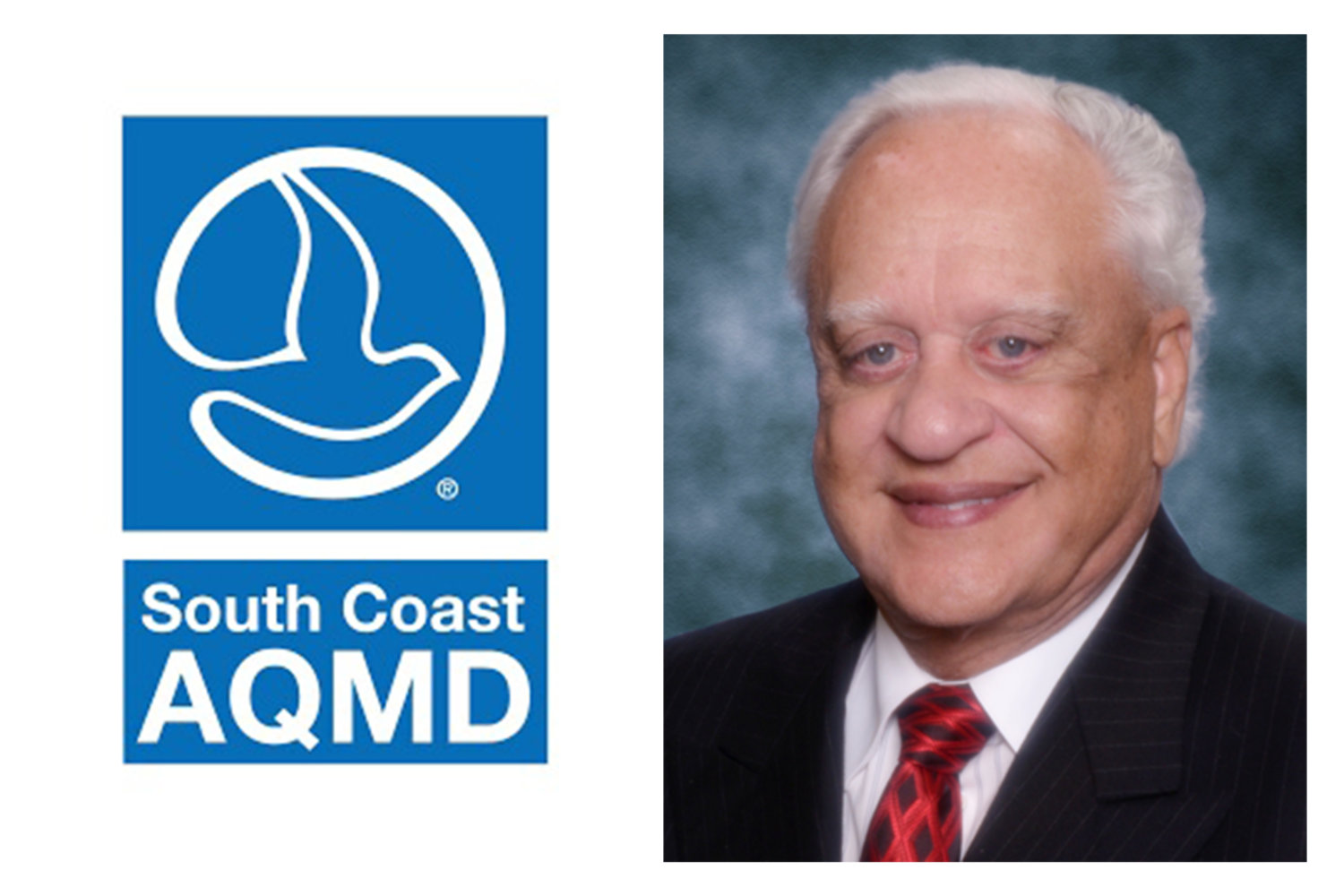 Michael Cacciotti’s lucky number is 13, the South Pasadena mayor pro tem explaining that he’s worn it on his soccer jersey since he was a kid, later in high school and college.

It just so happens that Cacciotti, who in addition to his role on the local City Council, has served as a governing Board member for the South Coast Air Quality Management District (SCAQMD) – you guessed it – for 13 years.

In all that time, William Burke had been at the helm as chair of the board of the regulatory agency responsible for improving air quality in large areas of Los Angeles, Orange County, Riverside and San Bernardino counties, including the Coachella Valley.

In March, Burke, who has been called a trailblazer for environmental justice, announced his retirement. On Friday, during the SCAQMD’s monthly board meeting, his colleagues, including Cacciotti, gave him a heartfelt sendoff prior to his final day with the District on May 31.

“I have had the honor, the joy and love to know Bill Burke for 13 years and be a part of his life, his legacy, our journey,” said Cacciotti. “I’ve seen him navigate so many critical issues. He has really been a mentor to me to balance difficult environmental economic justice and health issues.”

Throughout the years with the SCAQMD Burke often talked about his 50-year friendship with the late Muhammad Ali, an iconic figure known as an activist, philanthropist and, of course, for being “The Greatest” – in nickname – professional heavyweight boxer of all time. Cacciotti, when it was his turn to recognize Burke, was quick to make the analogy that the man being honored, like someone in the ring, has fought for clean air for nearly three decades.

“This issue of pollution really is a battle,” Cacciotti told his fellow board members. “It’s a slugfest. It’s a punch here, a punch there. You get knocked down a few times but you get back up. The opponent is pollution, dirty air. I’ve watched him navigate so many difficult issues month in and month out as a true champion. He really does leave his legacy here. Like Muhammad Ali, he is going to be one of the reigning leaders of the environmental world, not only at SCAQMD, not only in the state but nationally and internationally.”

As part of his acknowledgements, Cacciotti reminded the board about the time he lobbied for a documentary that described the SCAQMD’s push to clear the air and how Burke was in his corner. “The Right to Breathe,” produced in 2007, later became the agency’s signature film, detailing the burden of air pollution on Southern California residents, especially in low income communities.

Cacciotti recalled telling Burke: “If you give me the opportunity to work with you and staff we can make it happen. He said, ‘Here’s 20 grand, go to work on something. When you get an idea, come back.’ He put it together with staff and a great video came out of it.”

During the tribute to Burke, a short segment of the film was shown to the board and public tuned into the virtual meeting. “It’s about what our agency has done in the region,” explained Cacciotti, introducing the 5-minute clip. “It epitomizes the legacy, the life, the journey of Dr. William Burke.”

With 27 years of service, including 23 as chair, Burke is the longest-tenured member of the South Coast SCAQMD governing board.

As part of his recognition, it was officially announced during the SCAQMD Board meeting to name the auditorium at the Diamond Bar headquarters after Dr. William A. Burke.

“As I’ve said before, clean air is a right, not a privilege,” offered Burke, who founded the Los Angeles Marathon prior to joining the SCAQMD board. “I have spent my career fighting to be a voice of the unheard, so that all people, have the opportunity to breathe clean air. I’m so proud of the work accomplished during my tenure and when the sun sets on my last day of service, I know I will be able to sleep because I did the best that I could.”

One of Burke’s key outreach efforts was pushing for the launch of the Why Healthy Air Matters (WHAM) school program, designed to increase awareness of air quality issues and empower youth to drive positive change. He also developed the SCAQMD’s Young Leaders Advisory Council, engaging young adults into the concerns, values and priorities when it comes to air quality.

Burke was instrumental in the expansion of SCAQMD’s monitoring of air pollution in toxic hot spot areas, the introduction of the Helping Hands Initiative to sponsor green job training during the recession in 2009, pushed strongly for incentives for the cleanup, removal and replacement of diesel engines, and backed an eight-point initiative reviewing regulations governing pollutants linked to cancer and birth defects.

Under his leadership, the agency’s Environmental Justice Community Partnership was launched to build stronger ties with groups and local communities. The effort addresses environmental inequities in communities of color. Burke also played a key role in the hiring of the SCAQMD’s first diversity, equity and inclusion officer.

“He will be missed,” noted Cacciotti. “He truly gave everything he had to fighting pollution. For that he is a true champion.”