It's No Treat To Be Tricked By Climate Change Deniers 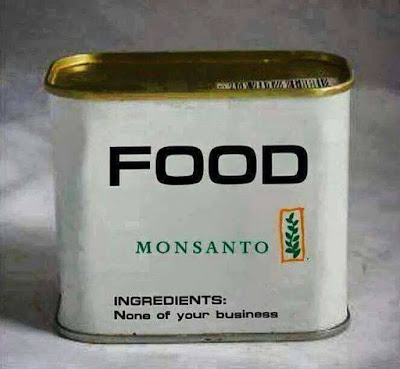 It's No Treat To Be Tricked
By Climate Change Deniers
(and Other Horror Stories
Concerning Our Environment)
collected by C.A. Matthews
Happy Halloween! This week we present to you some genuinely "scary" memes and stories regarding our precious planet. We hope they don't give you nightmares, but no guarantees.

Our first meme and story demonstrates the attitude that Big Agriculture and the current administration promotes. What's in our food? It's none of our business--particularly if it contains anything harmful in it.

GMOs are killing the world--not helping feed the hungry:
https://www.newsbud.com/2017/10/26/newsbud-exclusive-gmos-kill-not-save-the-hungry-of-the-world/ 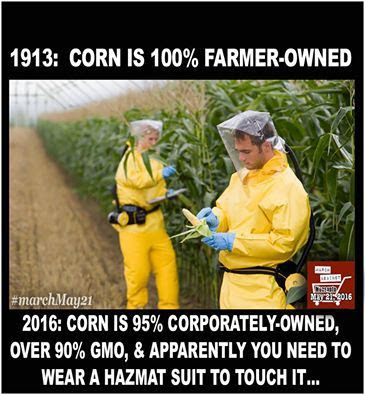 But on the positive side, perhaps one cancer-causing chemical, glyphosate, will be kept out of our food supply in the future--if we don't allow the zombies of Monsanto to eat the brains of the EU commissioners first.
EU delays vote on glyphosate (RoundUp):
https://youtu.be/UN-EzWyDtg4 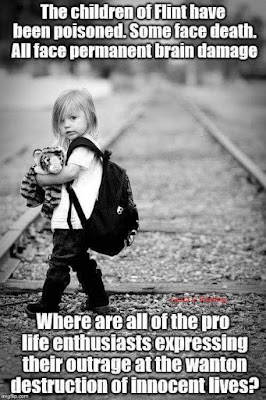 What's in our water? Who knows? Who cares! Just think of all those "minerals" folks in Flint, Michigan get for free in their water supply. You'd think they'd be grateful! Think of how many other cities in America have similar problems with toxic levels of lead in their water supply... This is the stuff of a true tale of terror.

The following article tells more about "free substances" we're all getting in our food, air and water via fracking and what it's doing to the most vulnerable in our society, our children:

A  new study from the Center for Environmental Health adds to the growing body of evidence that unconventional oil and gas (UOG), which includes fracking, is harmful to human health and especially hazardous to vulnerable populations, including newborns and children.

During the fracking process, a mixture of water, sand and chemicals is directed at high pressures into shale beds to release petroleum resources. This slurry involves the use of nearly 700 chemicals, the U.S. Environmental Protection Agency found.

"Every stage of the UOG lifecycle, from well construction to extraction, operations, transportation and distribution can lead to air and water contamination," the paper notes.

Dauntingly, the researchers found that early life exposure to these substances has been linked to potentially permanent learning and neuropsychological deficits, neurodevelopmental disorders and neurological birth defects.

"Given the profound sensitivity of the developing brain and central nervous system, it is reasonable to conclude that young children who experience frequent exposure to these pollutants are at particularly high risk for chronic neurological diseases." 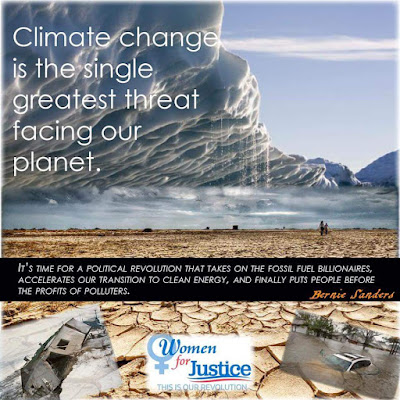 Why are we suffering from the horrors of sky-rocketing rates of asthma and other chronic lung conditions? "Eh, whatever!" say the 1%. "The air is fine at our secluded mansions. So what if it's two degrees warmer and your home on the coast is going under or burning up in a wildfire? Learn how to swim or breathe smoke!"
The climate deniers are having their day in the Trump Administration, from Scott Pruitt, the man who is single-handedly dismantling the Environmental Protection Agency, to our very own Secretary of Oil, uh, State, Former Exxon CEO Tillerson, who sees the world as one vast oil field fit for fracking. 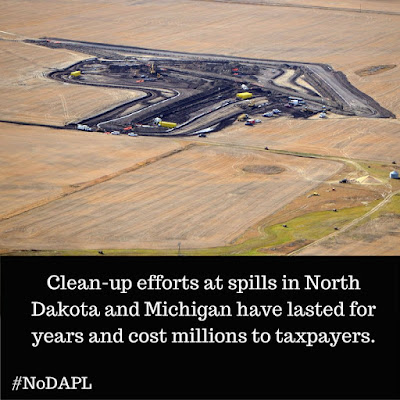 The good news is they're not invulnerable. Trump's administrators' lackluster responses to climate change-fueled disasters such as Hurricanes Harvey, Irma and Maria (and the western wildfires) make it clear we can't afford to sit on the sidelines when it comes to climate change response. We have to act now. Suffering hurricane or wildfire losses (or knowing friends and family members who have suffered) is making Americans aware of how climate change deniers like Pruitt and company are doing us all more harm than good. More and more are waking up from this nightmare.

But we can't become complacent. The following is a horror story that possibly tops all others--climate change may trigger 60,000 premature deaths yearly by 2030: https://www.medicinenet.com/script/main/art.asp?articlekey=205739

If nothing is done to address climate change, tens of thousands more early deaths may occur worldwide from exposure to air pollution in the coming decades, a new study contends.

Increases in air pollution caused by rising temperatures will trigger an additional 60,000 premature deaths each year around the globe by 2030, and as many as 260,000 more premature deaths annually by 2100, according to the results of several different climate models.

Another frightening scenario is how some of our beautiful national parks and monuments are being shrunk by the Trump's administration to encourage drilling and mining: https://www.nationofchange.org/2017/10/30/trump-shrink-utah-national-monuments-allow-drilling-mining/ 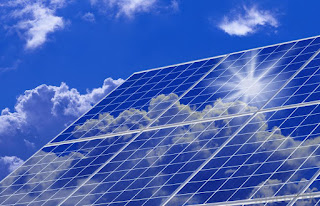 After Puerto Rico is up and running again on clean, green energy sources, it should bring about more positive attention to solar and wind power in the mainstream media and lessen the need to gut our national parks for their fossil fuel wealth. (We can only hope green energy receives better and fairer coverage, but Big Oil greases a lot of palms...)  We might have to hammer a stake into Energy Secretary Rick Perry's heart first to see any real results. 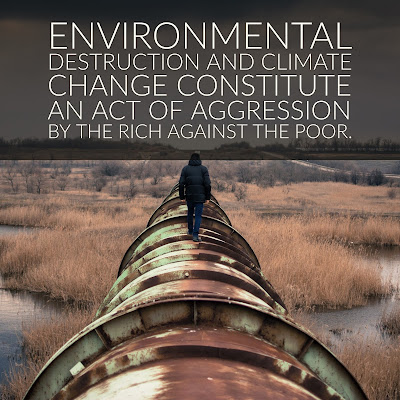 Videos, articles and podcasts on the topic of climate change and environmental degradation help spread the message, so please share them widely and discuss them with others. If Caroline's photos of the ocean polluted by plastics (in the video below) don't make your acquaintances cringe and shriek in horror and want to take action, then honestly what will?

We can't just close our eyes and wish these horrific images of what we've done to ourselves and our planet away. We gotta stop being tricked by the climate change deniers and the anti-environmentalists and start working on the solutions. Only then will we be "treated" to a better world for everyone.

In his short tenure, Trump’s EPA head Scott Pruitt has earned a reputation for too-close ties with fossil fuel industries he’s supposed to regulate, shady behavior, and an unbelievable hostility to the mission of his own agency.
He’s been dismantling the EPA piece by piece since he got the job. Now, he’s even actively blocking scientists from speaking out about climate change. Yesterday, the EPA barred three agency scientists from giving a climate change talk at a conference in Rhode Island.

I've been a climate scientist for decades, and this is the textbook definition of scientific censorship. For anyone who respects the mission of the EPA, this has to be the last straw -- Scott Pruitt must go!

Add your name to 314 Action’s public demand that Pruitt be removed as head of the EPA.

FIRE SCOTT PRUITT
This latest deliberate attempt to censor science is part of a pattern of outright disdain for the work of professional EPA researchers and climate scientists.
Last week, we found out that parts of the EPA website were scrubbed of the words “climate change.” Many of the agency’s scientific advisors have been replaced by industry lobbyists. Pruitt has refused to speak to most reporters, and is even reportedly building a $25,000 soundproof booth in his office (where we can be relatively sure nothing good will happen).

The way this plays out in actual policy is unsurprising. Pruitt helped push Trump into pulling out of the Paris agreement. He’s trying to repeal President Obama’s landmark Clean Power Plan, which is already creating jobs and preventing carbon pollution. And he’s rolled back regulations that keep dangerous chemicals out of drinking water -- all because they're inconvenient for his friends in the oil and gas industry.

And remember when Tom Price was forced to resign for sticking taxpayers with the cost of flying in private planes? That’s right -- Scott Pruitt is doing that, too.

Scott Pruitt is already the worst EPA administrator in the agency’s history, because he’s actively trying to be. He’s far from the only anti-science official in the Trump administration, but we can’t afford to let him to keep running this life-saving agency into the ground.

We’ve seen what happens when public pressure is strong and focused. Speak out today -- join our call for Scott Pruitt’s removal.

Donald Trump’s administration already broke faith with 194 other countries by pulling the United States out of its commitment to the Paris climate agreement. But senior Trump officials continue to obstruct progress for the rest of the world at meetings on the agreement with other international leaders.

Backed by fossil-fuel billionaires, Trump officials keep going to the meetings to represent the interests of big polluters. Since Trump withdrew the United States from the agreement, it's only fair that the U.S. also stop trying to sabotage international meetings about implementation.

The Senate Commerce Committee just announced that climate denier Jim Bridenstine’s confirmation hearing to become Trump’s NASA Administrator will take place on Wednesday, November 1.
Bridenstine is an enemy of all elements of NASA’s mission “to understand and protect our home planet, to explore the universe, and to inspire the next generation of explorers.” In 2013, Bridenstine lied on the House floor, saying global temperatures “stopped rising 10 years ago.” He went on to demand that President Obama apologize for spending NASA’s budget on climate research. He has even introduced legislation to privatize NASA’s space programs.
Fortunately, there’s growing opposition in the Senate to Trump’s unqualified nominee to head up NASA—Senator Patty Murray of Washington just announced her opposition.
Bridenstine will be appearing before the Senate on November 1. It’s imperative that we urge every single Senate Democrat and Republican to strongly oppose Jim Bridenstine’s confirmation before the vote happens.
We’ve joined Daily Kos, Demand Progress, and Common Defense in calling on Senators to resist this dangerous anti-science ideologue. Sign the petition below, then write a letter to your Senators on the next page:
Take action »
I will be personally delivering your signatures to the U.S. Senate before the hearing. Add your name now.
Your fellow climate hawk,
Brad Johnson

Work From Home Jobs
10 Simple Tips for a Healthy Diet and…
MRS THATCHER’S DREAM
The Reality of Sexual Pleasure
What Investments Are Safest in 2022?


This post first appeared on Our Revolution Continues -- The Bernie, please read the originial post: here
People also like
Work From Home Jobs
10 Simple Tips for a Healthy Diet and Fitness Routine
MRS THATCHER’S DREAM
The Reality of Sexual Pleasure
What Investments Are Safest in 2022?
Reasons It’s Never Too Early To Save For Retirement
After Escaping the Taliban, This Afghan Couple Is Reunited in Las Vegas
The Russia-Ukraine Conflict’s Impact on Europe’s Economy and Living Costs, and the US role
USDA Encourages Ag Producers, Residents to Prepare for Hurricane Ian

It's No Treat To Be Tricked By Climate Change Deniers