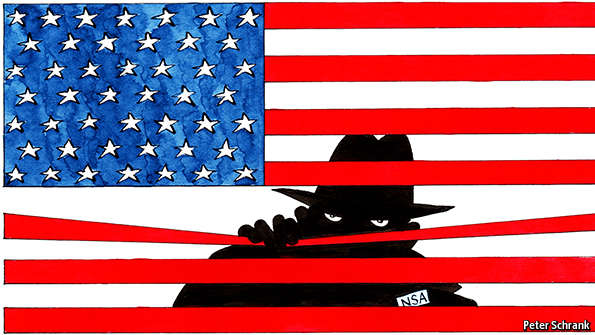 After the House, with the support of fifty-five Democrats including Nancy Pelosi and Debbie Wasserman Schultz, blocked attempts to reform the FISA Act, Rand Paul and Ron Wyden attempted to filibuster FISA renewal in the Senate. They wrote this letter describing the Civil Liberties violations in the bill to renew and expand the FISA act for six years. The vote was close, with sixty votes required for the cloture vote. Cloture passed on a vote of 60 to 38, with  Democrat Claire McCaskill casting the deciding vote. Once again several Democrats voted to betray the Constitution and vote against civil liberties.

The following Republican Senators voted to support the filibuster, which would have provided an opportunity to debate and offer amendments to reform the law: Rand Paul, Ted Cruz, Mike Lee, Steve Daines, Cory Gardner, Dean Heller, Jerry Moran, and Lisa Murkowski. Yes, Ted Cruz was on the right side of this while eighteen Democrats were not.

The American Civil Liberties Union Tweeted this response: “Members of both parties who voted in favor of this legislation should be sharply rebuked for supporting a bill that is in flagrant violation of the rights enshrined in the Constitution.”

The final bill is expected to pass the Senate this week.

Reason described how the bill expands violations of civil liberties in the FISA Act:

This bill doesn’t just renew Section 702 for six years; it also codifies permission for the FBI to access and use data secretly collected from Americans for a host of domestic federal crimes that have nothing to do with protecting America from foreign threats. It has added some unusually worded warrant requirements that will protect some people—but only when they’re actually suspected and are being investigated for criminal activities.

Once again many Democrats have acted as collaborators rather than as the resistance. Democrats who claim that Trump is a tyrant in cahoots with Putin have not been able to unite to oppose giving him increased powers to spy on Americans. Although they are a minority in both Houses of Congress, the presence of some Republicans supporting privacy rights, along with the requirement for sixty votes in the Senate, provided Democrats with the power to force changes.  A swing of one vote in the Senate or twenty-six Democrats in the House could have forced reforms to the law which allows warrantless surveillance of Americans as well as foreigners.

This post first appeared on Liberal Values, please read the originial post: here
People also like
Historic Investment in Partnerships for Climate-Smart Commodities and Rural Projects | Hear What They’re Saying
Where Mount Rushmore is Located
Barcelona plan to offer €9 million in their attempt to sign 27-year-old full-back
6 Brainy Ways to Proceed When You Owe IRS Back Taxes
Travels through History – Northern Spain – Gijon and Aviles
Why Socotra Is Known as the ‘Galapagos of the Indian Ocean’
How To Help Your Husband Get On Board With Prepping – Part 2