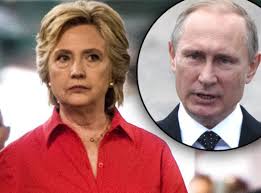 Yesterday’s revelations that Clinton and the DNC were behind the Trump Russia dossier has resulted in objective observers agreeing that this should create considerable skepticism as to the validity of the report, much of which could not be verified despite efforts of many in the media (and presumably now Robert Muller). Some Clinton partisans have tried to ignore the significance. It is amazing how they will ignore well documented evidence of Clinton’s dishonesty while saying we should believe a report about Donald Trump which was commissioned by the Clinton campaign and which could not be verified by independent sources. Besides, there is enough evidence as to how rotten Donald Trump is in his own Twitter feed, leaving no reason to make up more.

Aaron Blake has discussed some of the ramifications. Here is a  portion:

Yes, the dossier was funded by Democrats

Some of the pushback on the left has focused on the fact that a still-unidentified Republican client retained Fusion GPS to do research on Trump before the Clinton campaign and the DNC did. Thus, they argue, it’s wrong to say the dossier was just funded by Democrats.

But The Post is reporting that the dossier’s author, Steele, wasn’t brought into the mix until after Democrats retained Fusion GPS. So while both sides paid Fusion GPS, Steele was only funded by Democrats.

After the story posted, some on the right seized upon The Post noting the FBI had agreed to pay Steele for information after the campaign. The argument seemed to be that the FBI was engaged in a witch hunt against Trump using Democrats’ sources.

But The Post originally reported on the FBI’s agreement back in February. At the time, it also reported it never actually paid for the work after the agent was identified in news reports:

The former British spy who authored a controversial dossier on behalf of Donald Trump’s political opponents alleging ties between Trump and Russia reached an agreement with the FBI a few weeks before the election for the bureau to pay him to continue his work, according to several people familiar with the arrangement.

Ultimately, the FBI did not pay Steele. Communications between the bureau and the former spy were interrupted as Steele’s now-famous dossier became the subject of news stories, congressional inquiries and presidential denials, according to the people familiar with the arrangement, who spoke on the condition of anonymity because they were not authorized to discuss the matter.
>Despite there being no proof the FBI actually paid Steele, Trump suggested it might have in a tweet last week — along with “Russia . . . or the Dems (or all).” Of those three groups, only Democrats have been reported to have actually paid Steele. And again, that was already kind-of known.

The appearance problems for Democrats

There is, presumably, a reason Democrats haven’t copped to funding the dossier — something they still haven’t publicly confirmed. Fusion GPS threatening to plead the Fifth Amendment against self-incrimination raised eyebrows last week, for instance.

First among those reasons is paying a foreigner for opposition research for an American political campaign. Given Democrats’ argument that Russia’s interference on Trump’s behalf was beyond the pale, the Clinton camp and the DNC paying a Brit for information would seem somewhat problematic.

(The Clinton campaign has also, notably, denied working with the Ukrainian government to dig up dirt on Trump. Republicans have pushed dubious comparisons between the Ukraine allegation and Russia’s alleged Trump advocacy.)

It is also notable that this revelation of a second episode of the Clinton campaign working with foreigners to affect the election results also came shortly after a new report on the Clintons accepting bribes from Russia.

Yesterday I updated the post with this opinion from Vox, a normally pro-Democratic Party source:

Now, however, we know that the dossier’s research during much of 2016 was funded by a top lawyer working for the Clinton campaign itself. That of course doesn’t necessarily mean the information in it is deliberately false — campaigns usually try to dig up opposition research that is true, if they can.

But it certainly presents the possibility that the research of the dossier and subsequent circulation of it were more akin to a dirty trick than a genuine, disinterested effort to find the truth about Trump and Russia. After all, if a campaign hires a firm to find dirt on their opponent, that is what that firm will try and deliver, even if what they turn up is dubious or thinly-sourced.

Overall, viewing this uncorroborated document very skeptically was always a good idea, and the fact that its funders were Trump’s biggest opponents only makes that more the case.

While biased pro-Trump, Michael Goodwin could very well could be correct in arguing at The New York Post that The Trump dossier was Clinton’s dirtiest political trick:

The explosive report in the Washington Post goes a long way to explaining how the dossier was so widely spread among political reporters during the election. The Clinton camp must have passed it out like Halloween candy to its media handmaidens.

News organizations tried for months to confirm the salacious details, but couldn’t. The document became public when BuzzFeed, a loud Clinton booster, published it 10 days before the inauguration, while acknowledging it couldn’t verify the contents.

The Post report provides possible answers to other questions, too. Because Clinton’s team paid for the dossier, it’s likely that she gave it to the FBI, where James Comey planned to hire the former British agent who had compiled it to keep digging dirt on Trump.

The finding also raises the possibility that the dossier is what led the Obama White House to snoop on members of Trump’s team, and leak the “unmasked” names to the anti-Trump media in a bid to help Clinton.

In short, we now have compelling evidence that the dossier was the largest and dirtiest dirty trick of the 2016 campaign. And Clinton, who has played the victim card ever since her loss, was behind it the whole time.

This all basically provides further evidence of what I argued throughout the election that the race was between two of the worst people in America. It also casts further doubt on the validity of Clinton’s claims regarding Trump and Russia.