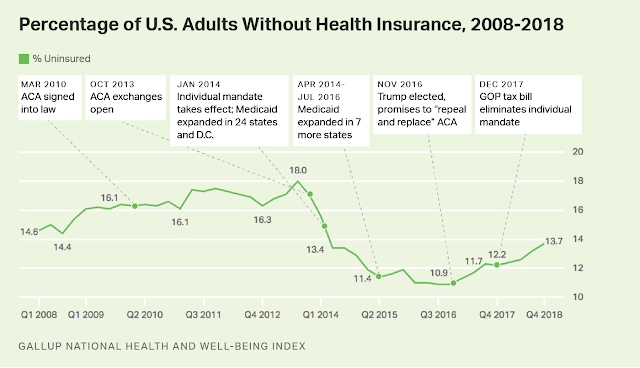 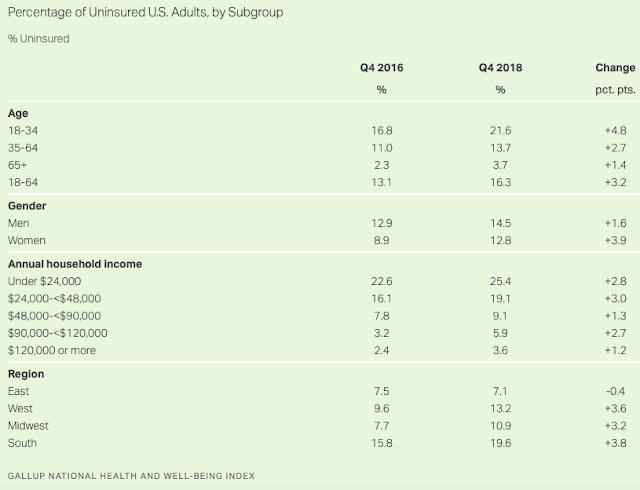 During his run for the presidency, Donald Trump promised to eliminate Obamacare and replace it with a system that would provide decent and affordable health care for all Americans. He was lying. All he, and his Republican congressional cohorts, did was to damage Obamacare. The result was that there are about 7 million (2.8%) more uninsured Americans than there were in the Obama administration. It was just another in a long line of lies and broken promises by Trump.

The charts above are from a recent Gallup Poll -- done of 115,929 nationwide adults throughout 2018. The margin of error for the survey is 0.5 points.