Let's Rewrite History to Blame Democrats For Everything 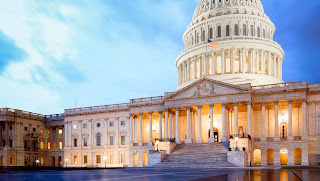 This is pure, unadulterated bullshit:

Congressional Democrats are having to balance escalating calls to investigate whether Covid-19 escaped from a lab in China with their efforts to highlight the Trump administration’s response to the pandemic and the ongoing push to stamp out the virus.

The dilemma shows how much shaping a narrative of the health crisis ahead of the 2022 midterms is already consuming lawmakers as new outbreaks emerge in parts of the country. And it puts Democrats who control the congressional agenda in a bind, as they wrestle with the possibility of stoking potentiallyunprovable claims about a man-made crisis or facing accusations from Republicans of engineering a cover-up.

Let me see if I can break down the formula here:

Something a Republican president fucked up beyond all comprehension...

Something that doesn't really exist but people think it does anyway...

iPhone 13 mini — Should There Be One …
You’re Not Alone; It Gets Better
The Cage of the “Surreal” – Post 1 of…
Green Card Denials Increase Substanti…
Nima Sandel Girl Ft. Donald Trump – F…

A failure of Democrats to fix instantly so we can go back to worrying about something else.

Trump fucked up the entire COVID-19 response by failing to react properly to the threat after installing hundreds of incompetent boobs to not run the government. He acted in a way that would enrich him and his son-in-law and played to an anti-science constituency in the GOP that wanted to hurt as many Blue State voters as possible. They made crazy business deals that will likely end up being prosecuted as corruption but the whole thing ended up killing hundreds of thousands of the GOP voters who might have helped re-elect Trump. Nothing "leaked" out of a lab in Wuhan, China based on what we know now because that's an implausible scenario that isn't supported by the science. Perhaps something will happen that will reverse that, but who cares? Trump still fucked it up and the media is desperate to let Republican Daddy off the hook because that's what they do.

Some people want to throw chum in the water and confuse people about what happened. They need to rewrite the history because what actually happened was incredibly awful.

If you freeze the Biden presidency right where it is, you'll see that vaccinated people are saving the economy and the country by being responsible adults. We are being dragged down by selfish people who don't believe in doing anything for the greater good. And that's the fault of Congressional Democrats? No, it's the fault of everyone who repeats and amplifies lies. It's the fault of the people who normalize the irrational insecurity and immaturity of Republican politicians.

At the end of the day, hundreds of thousands, if not millions, of Americans are alive right now because Trump was thrown out of office in one of the most stinging political defeats in the last hundred years if not more. And things could be better if so many Americans were not held in the sway of the thinking that permeates shitty publications like Politico. Because this is larger than just Fox News. This is a failure to act on the proper behalf of a reasonable democratic society. It's a failure to act in a responsible manner as outlined in any basic civics course. It's due to an inability to understand that one party wants people to die needlessly in service to a neo-fascist movement led by America's very own homegrown wannabe dictator. It is, plainly, a situation that is driven by the fact that both sides are not equally bad. One side has abandoned democracy and the other keeps getting hit in the face as it tries to save it.

I mean, Goddamn. This isn't that hard to figure out.

This post first appeared on 400 Bad Request, please read the originial post: here
People also like
iPhone 13 mini — Should There Be One After the Fate of iPhone 12 mini?
You’re Not Alone; It Gets Better
The Cage of the “Surreal” – Post 1 of 2
Green Card Denials Increase Substantially Inside the US in 2020: Another Brick in the Invisible Wall.
Nima Sandel Girl Ft. Donald Trump – Funny Whatsapp Status Video – Download Whatsapp Status
Interview with the legendary comic book artist and writer William Messner-Loebs
George Elsasser, American Psyche: The Unlit Cave

Let's Rewrite History to Blame Democrats For Everything