East Midlands Trains is phasing out its quiet coaches 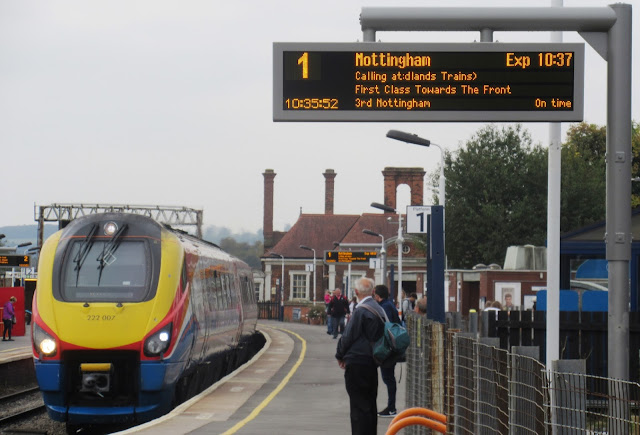 I learn from a conversation on Twitter that East Midlands Trains is in the process or phasing out the quiet coaches on its services.

The reason given - "because our onboard team were unable to enforce this rule" - sounds a bit wimpish. What would the team do if a passenger took it up on its constant urging to report "unusual" behaviour?

But I find it hard to be outraged at this decision, because it is ages since I chose to sit in a quite coach.

They sounded a good idea, and for the most part people respected the rule about being quiet in them.

The problem was that every now and then someone - and it was usually a suit who thought such rules did not apply to people like him - shattered the peace with a conversation on his mobile.

Because it took place in a quiet coach, that conversation was rendered infuriating rather than mildly irritating, as it would have been in any other coaches.

So, for a calm journey, I took to travelling in those other coaches again.

East Midlands Trains is phasing out its quiet coaches