A lot of the energy surrounding the 2020 presidential campaign is focused on opposition to Donald Trump.  That, in my opinion, is an error.  Democrats need to focus, not on what he says, but on what we are doing.  Elizabeth Warren was trying to make that point, when she suggested that Trump might be in jail in 2020.  The crowd went wild!  But is locking him up by then a good idea?

What Marathon Running and Successful …
‘A Pound for a Poo’ in Stratford upon…
Does a Political ad Create a Problem …
Best Story-Rich Games on PC: November…
Royal Palace Rugs 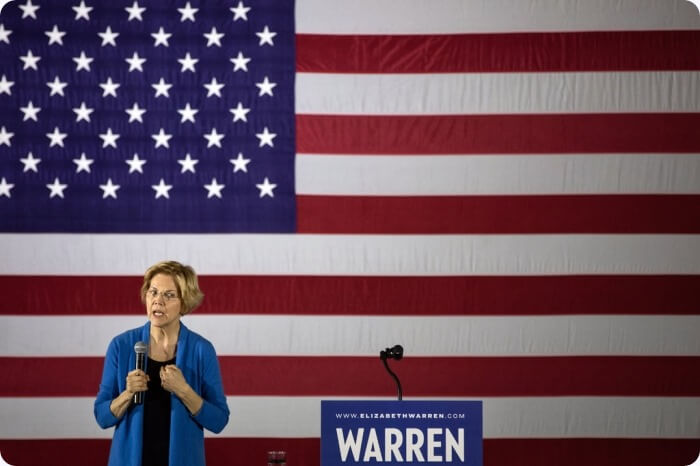 Countless Democratic leaders have urged the party not to spend the 2020 campaign tangling with President Trump over tweets and taunts. But Senator Elizabeth Warren of Massachusetts made a novel argument on Sunday for ignoring the president: He could soon be in jail.

Addressing a crowd of several hundred at the Veterans Memorial Building in Cedar Rapids, Iowa, Ms. Warren said it was up to Democrats to decide whether they would spend every day parrying “a racist tweet, a hateful tweet, something really dark and ugly” from the president. She said the party should ask: “Are we going to let him use those to divide us?”

Prodded by reporters to explain the remark a few hours later in Iowa City, Ms. Warren said she was simply noting the proliferation of inquiries into the president… [emphasis added]

Here’s a video clip from TIME:

When they made Donald Trump their Fuhrer, the Republican Reich did the most devious thing they have ever done.  Trump is do thoroughly deplorable in so many ways that he provides them public deniability every time he acts out their hated, commits their crimes, enacts their policies, appoints the evil judges and Injustices they want, and robs 99% of Americans to give welfare payments to their billionaires.  They can say, it was Trump, not us.  Liz knows better.  I know better.  You know better.  But the vast majority of the American public does not know better.  They are likely to believe those lies. They just aren’t politically sophisticated enough to do the Limbo when confronted with a pay toilet.

Seriously, as much as I agree with those screaming supporters that the thought of Putin’s Puppet in an orange jump suit borders on the divine, I’d rather we run against him than a liar that claims to have opposed him, while we are focusing on what we are doing.