What Trump Means By "Loser" 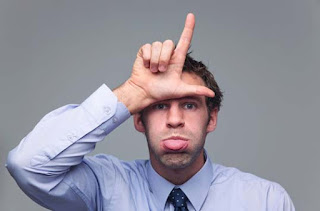 Neo-Liberalism seeks to, in Henry Giroux's words, "atomize individuals." It's not a new idea. It pre-dates the rise of Donald Trump:

I have recently returned to reading Leo Lowenthal, particularly his insightful essay, "Terror's Atomization of Man," first published in the January 1, 1946 issue of Commentary and reprinted in his book, False Prophets: Studies in Authoritarianism. He writes about the atomization of human beings under a state of fear that approximates a kind of updated fascist terror. What he understood with great insight, even in 1946, is that democracy cannot exist without the educational, political and formative cultures and institutions that make it possible. He observed that atomized individuals are not only prone to the forces of depoliticization but also to the false swindle and spirit of demagogues, to discourses of hate, and to appeals that demonize and objectify the Other.

If there is one thing that Donald Trump is very good at, it's demonizing the Other -- whether she be Hillary Clinton or Mexicans. Trump's word for the Other is "loser:"

As has been made clear in the much publicized language of Donald Trump, both as a reality TV host of "The Apprentice" and as a presidential candidate, calling someone a "loser" has little to do with them losing in the more general sense of the term. On the contrary, in a culture that trades in cruelty and divorces politics from matters of ethics and social responsibility, "loser" is now elevated to a pejorative insult that humiliates and justifies not only symbolic violence, but also (as Trump has made clear in many of his rallies) real acts of violence waged against his critics, such as members of the Movement for Black Lives. As Greg Elmer and Paula Todd observe, "to lose is possible, but to be a 'loser' is the ultimate humiliation that justifies taking extreme, even immoral measures." They write:

We argue that the Trumpesque "loser" serves as a potent new political symbol, a caricature that Trump has previously deployed in his television and business careers to sidestep complex social issues and justify winning at all costs. As the commercial for his 1980s board game "Trump" enthused, "It's not whether you win or lose, but whether you win!" Indeed, in Trump's world, for some to win many more must lose, which helps explain the breath-taking embrace by some of his racist, xenophobic, and misogynist communication strategy. The more losers -- delineated by Trump based on every form of "otherism" -- the better the odds of victory.

The unbridled individualism which drives neo-liberalism creates very few winners -- Trump sees himself as one of the few -- and turns everyone else into "losers." Its results are catastrophic:

Atomization fueled by a fervor for unbridled individualism produces a pathological disdain for community, public values and the public good. As democratic pressures are weakened, authoritarian societies resort to fear, so as to ward off any room for ideals, visions and hope. Efforts to keep this room open are made all the more difficult by the ethically tranquilizing presence of a celebrity and commodity culture that works to depoliticize people. The realms of the political and the social imagination wither as shared responsibilities and obligations give way to an individualized society that elevates selfishness, avarice and militaristic modes of competition as its highest organizing principles.

Under such circumstances, the foundations for stability are being destroyed, with jobs being shipped overseas, social provisions destroyed, the social state hollowed out, public servants and workers under a relentless attack, students burdened with the rise of a neoliberal debt machine, and many groups considered disposable. At the same time, these acts of permanent repression are coupled with new configurations of power and militarization normalized by a neoliberal regime in which an ideology of mercilessness has become normalized; under such conditions, one dispenses with any notion of compassion and holds others responsible for problems they face, problems over which they have no control. In this case, shared responsibilities and hopes have been replaced by the isolating logic of individual responsibility, a false notion of resiliency, and a growing resentment toward those viewed as strangers.

When you atomize people, you turn them into losers. One wonders what will happen if the public resoundingly declares that Trump is a "loser."

What Trump Means By "Loser"