We Can't Go Back 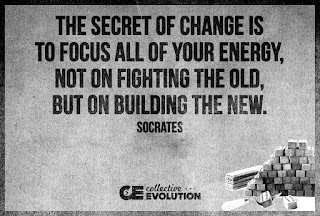 Justin Trudeau likes to proclaim that, "Canada is back." Paul Koring writes that it's:

a statement that evokes a vague, nostalgic yearning to recreate a once-proud international reputation. In a way, it’s rather like Donald’s Trump’s equally vague vow to “make America Great Again”; neither leader seems capable of explaining what the slogans mean, but both like the way the words sound.

In Canada’s case, being “back” seems to suggest a return to the heady decades of the Cold War, when Canada was widely admired for its founding role at the United Nations, its commitment to peacekeeping, its hefty contributions in action and money to foreign aid and a succession of leaders who turned out to be effective international statesmen: Lester Pearson, Pierre Trudeau, Joe Clark and Brian Mulroney.

But the world has changed:

When Canada joined the G-7 in 1976, its economy was the world’s seventh largest. Today it has slid to 10th place. In the post-Second World War era, Canada — rich and democratic, yet unburdened by the baggage of the former colonial powers — played a major international role in the Commonwealth and the Francophonie. To cite one shining example: Canadian leadership in the campaign to shame the racist regime in South Africa out of existence stood in stark contrast to the complicity of Britain and the United States. Canada wasn’t elected every decade to a UN Security Council seat by accident; it was an honour meant to reflect the country’s proven performance in international affairs.

The Cold War ended, and with it the era of superpowers guaranteeing peace deals. In Bosnia, Croatia and Somalia, second-rate equipment turned out to be extremely dangerous. And when a pair of elite Canadian special forces soldiers tortured and murdered a defenceless teenage prisoner in Somalia — followed by a concerted cover-up by the Canadian high command — the gloss was off UN peacekeeping.

There is one basic principle that we all find hard to accept: Life goes on. We can't return to the old world. We have to build a new one.

We Can't Go Back