We Know How To Do Immigration 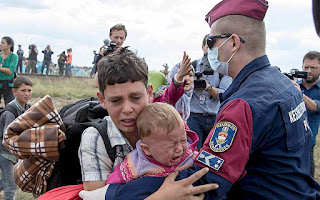 There is a lot of anti-immigration talk these days -- notably from The Orange One south of the border. So some people in Canada raised their eyebrows when, last week, the Century Initiative proposed that the population of Canada should be 100 million people by the end of this century. At first glance that might seem like a radical number. But Andrew Coyne puts it in perspective:

Canada’s population has grown at an average of 1.1 per cent per year. Were we merely to stay on our current growth trajectory, by 2100 the population would have risen to more than 90 million. So we are mostly talking about maintaining the status quo, higher immigration compensating for declining fertility.

Arguments raised to date against the proposal amount to objecting that 100 million is more than we have now. The reader is invited to believe that the present population of Canada is, by a remarkable coincidence, precisely the ideal number, such that any additions could only make things worse. And yet the same objections could have been used to argue against current population levels in 1945, when our population was a third of what it is today. “Are you ready for a Toronto of 20 million and a Vancouver of 10 million?” asks one particularly overheated correspondent. Gosh, I don’t know: you mean like New York and Paris?

The last time Canada opened its doors so widely was under Wilfred Laurier -- and there was a backlash from "old stock" Canadians. What would happen when those Ukrainians filled up the empty prairies? The answer was and is obvious. They became good Canadians. And the Laurier precedent suggests that there are three good reasons to welcome new immigrants to Canada:

One reason goes back to Laurier and Leacock, and the optimism and self-confidence of their era. I don’t think it’s coincidence that this was also a time of high immigration. Ambitious countries want to grow, but growth also makes countries ambitious. The constant injections of energy from new arrivals has always made this a different place than non-immigrant societies. We could use a little more of that.

Second, it would add to our clout in the world. We would be growing at a time when our peers are shrinking. At 100 million, current United Nations projections suggest we would be second only to the United States (it is forecast to grow to 450 million) among the G-7, vaulting past Japan, France, Germany, Italy, and the United Kingdom.

A final point. Countries with larger populations enable people to live larger lives. They open possibilities to talented, ambitious people that are not possible elsewhere — and talented, ambitious people will always seek them out. To be a Canadian historically has been to watch many of our best and brightest leave in pursuit of their dreams. Nearly three million Canadians now live outside our borders, a third of them in the United States.

It is fashionable these days to be myopic about immigration. But the world is awash in refugees. And most of us were refugees from some place. We know how to do immigration.

We Know How To Do Immigration