Palau, one of the smallest and youngest nations, yet also home to human populations for thousands of years. The small group of islands located east of the Philippines. 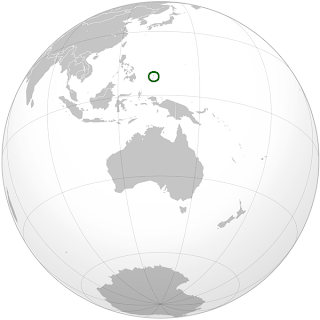 How To Overcome Nightmares and Sleep …
It’s Me – Chapter 12
The Trick to Always Looking Sexy for …
WordPress Website Customization: Best…
Bikepacking - A Brief Introduction an…
The US then forcibly took control during the Second World War, and was awarded trusteeship over the islands from 1947 by the United Nations.
Palau was part of the Trust Territory of the South Pacific, formally governed by Japan, but after the war, by the US. Usually, the flag of the United Nations, or the US was flown. Finally, in 1965, the Territory had its first flag. A Light Blue Field with a circle of 6 white stars. Each star representing an island group in the territory. The Marianas, The Marshall Islands, Yap, Chuuk, Phonpei, and Palau. 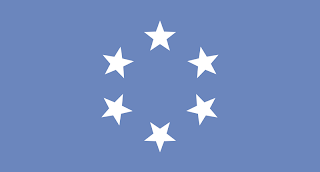 However, in 1978, 4 of the island groups formed the federated Micronesia. With Palau and Marshall Islands opting for independence. A new constitution was ratified in 1981, and a Treaty of Free Association signed with the US in 1982. Further referendums, and amendments to the constitution saw Palau ratify the compact in 1993, and become formally independent in 1994.
However, the flag itself was chosen in 1981. A Light Blue field, with a slightly off-centre yellow disc. A lot like the flag of Bangladesh.
The light blue stands not for the ocean, but for the islands movement from dependency, to independence, and the yellow disc is not the sun, but the moon. For the Plauan people believe that the full moon is the most auspicious time for people. 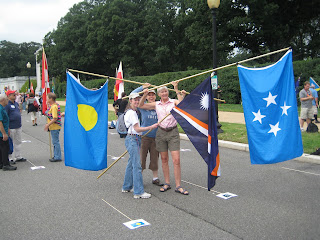