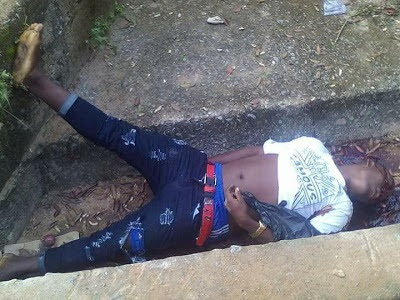 In the early hours of today, A Fuel station manager identified as Mr Sampson, was killed by suspected armed robbers on Meza Filling Station along Calabar-Ugep-Ikom Highway in Ugep, Cross Rivers
The hoodlums attacked him with what looked like machetes or axes as his body had cuts.
Farmers who were going to farm along the ITM Ugep farm roads found the deceased’s body was found as early as 5am.