Boomtown Casino Hotel has just been penalized to the tune of $41,621 by the Nevada Gaming Control Board. This Reno gaming destination had been advertising foreign gambling operations on its website. These transgressions are alleged to have occurred between March and August 2017. 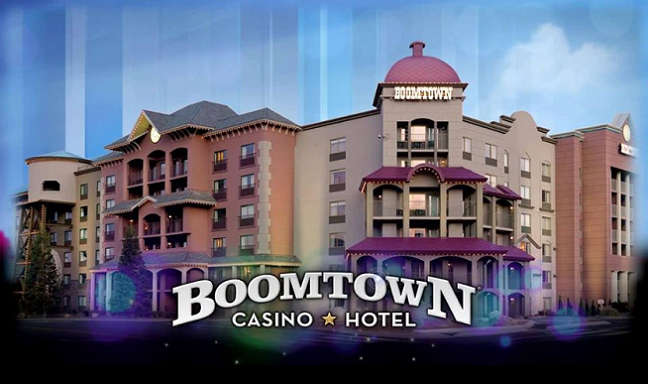 
What Did Boomtown Do Wrong?

A couple of years ago, Boomtown decided to offer free-to-play casino games on its website but discovered that the cost of hosting its own play money gaming solution was too high. It instead opted to place links on its site allowing users to play games elsewhere. Amazingly, Boomtown put the entire process in the hands of a single graphic designer who had no familiarity at all with Nevada gambling laws.

What happened was that links to 15 different gambling providers were added to the website. Three of these real money online casino sites prominently displayed the American flag and boasted that the casino welcomed U.S. players.

These brands were partners of Affiliate Edge and Deck Media, organizations that gave Boomtown a cut of any money that its referred players lost playing casino games. In fact, Affiliate Edge issued a payment to Boomtown for the sum of $1,621.

The investigation into these infractions began in March 2017 when a visitor to Boomtown's website asked the Nevada Gaming Control Board if the games accessible from the casino's links were legal. In August 2017, the Board contacted Boomtown to discuss the illegal links. Why this oversight body allowed five months to elapse from the time of the initial query until following up with Boomtown was unexplained.

On May 15, 2018, the Nevada Gaming Control Board filed a complaint regarding these troublesome links that were housed on Boomtown's website from before March 2017 through August 2017. The NGCB stated that Boomtown's actions violated both state and federal anti-gambling statutes. In particular, officials contended that the activities in questions were prohibited by the Wire Act. However, we believe that this is incorrect because a 2011 Department of Justice memorandum found that the Wire Act applies only to sports-betting, not to casino games, online poker, or any other type of internet wagering.

While the matter of how federal law applies to this case is quite murky, it's a lot easier to see how the laws of the State of Nevada come into play. Because it's one of the few jurisdictions in the country with a legalized online gaming sector, it has strong rules on the books against unlicensed operators. Section 463.160 of the Nevada Revised Statutes stipulates that, except as otherwise permitted in the relevant licensing regulations, it is unlawful:

To receive, directly or indirectly, any compensation or reward or any percentage or share of the money or property played, for keeping, running or carrying on any gambling game, slot machine, gaming device, mobile gaming system, race book or sports pool;

1.  Except as otherwise provided in NRS 465.094, a person, alone or with others, shall not knowingly:

(a) From within this state, place, send, transmit or relay through a medium of communication a wager to another person or an establishment that is located within or outside of this state; or

(b) From outside of this state, place, send, transmit or relay through a medium of communication a wager to another person or an establishment that is located within this state.

2.  A person who violates the provisions of this section is guilty of a misdemeanor.

There were several other Nevada laws quoted in the complaint, mostly dealing with the powers of the Gaming Control Board and the responsibilities of licensed companies to follow the relevant regulations scrupulously.

The Gaming Control Board determined that Boomtown failed to exercise sufficient supervision of the employee it tasked with placing links on its pages. Moreover, the Board raised the question of why Boomtown didn't investigate what was happening when it received payment from Affiliate Edge.

Boomtown agreed to pay a $40,000 fine and to donate the $1,621 commissions it received from Affiliate Edge to the Reno Problem Gaming Center. While not disputing the allegations laid out in the complaint, Boomtown emphasized that it was not running an illegal online casino itself and that it was unaware of the nature of the links its graphic designer added to the site.

The disposition of this case must be agreed to by the Nevada Gaming Commission before it becomes effective. However, because Boomtown Casino has waived its right to publicly challenge the findings of the Gaming Control Board, this approval is viewed as merely a formality, and the Commission is expected to sign off on the deal sometime in June.

You Can Play at Any Gaming Site

Although the text of NRS 465.093, referenced above, seems to criminalize sending or receiving any type of wager through the internet, the fact is that this law has only ever applied to those running the games. It has never been used to prosecute a private player. Therefore, if you're a Nevadan who likes to wager, you're free to play at the sites you prefer whether they're licensed by Nevada or located outside the country.

Especially if you're a fan of poker, you might find the limited selection of licensed NV online cardrooms unappetizing. Low traffic numbers and small tournament guarantees really mar the experience for many Nevadans. Fortunately, there are a few reputable offshore poker sites with more robust platforms that are happy to deal out hands to you. You can learn more about them in our Nevada online poker page.

Top 10 Sites to watch Telugu Movies O…
What Will Happen to Flash Games?
Adam Lawson interview I The EIGHTH, u…
Furiosity Thrilled the Cat: Questions…