Jio Phone to get google assistant for the first time 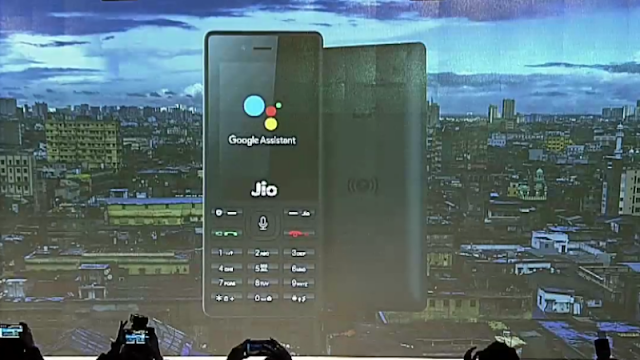 Jio Phone is getting a special version of Google Assistant, marking the first time the Internet giant’s AI-based virtual assistant will come to a feature phone. It will be the second digital assistant for Jio Phone, however, as the 4G VoLTE-capable handset already comes preloaded with an assistant that can take voice commands.

This is a first for any feature phone in the world, but then, those who know a thing or two about it would know, the JioPhone is a little different from any other feature phone in the market right now.  JioPhone already comes with its own in-house assistant  called HelloJio that can be used for voice search and to fire up relevant apps. The availability of Google Assistant just adds one more feather to its cap.

Just like it is on a high-end smartphone, Google Assistant will allow users of the JioPhone get quick and relevant information about their search queries both in text as well as in a conversation-based manner. The experience will be customised for the JioPhone's smaller 2.4-inch screen. For now, Google Assistant will support Hindi and English, but hopefully support for regional languages would come at a later stage.

As for the Jio Phone features and specifications, the 4G VoLTE feature phone has a 2.4-inch display, 1.2GHz dual-core processor under the hood, backed by 512MB of RAM. The operating system keeping the handset running is KAI OS, and the device has 4GB of internal storage, with microSD support up to 128GB. You get Wi-Fi support, 2000mAh battery, and NFC for digital payments.

Features of Jio Phone include support for 22 Indian languages, a voice assistant to control certain functions, and the option to mirror content playing on the phone to the TV . The first Jio-branded phone will come preloaded with apps such as JioCinema, JioMusic, JioTV, and JioXpressNews, along with popular instant messaging and social networking apps. It was unveiled in July and started shipping in October

Jio Phone to get google assistant for the first time