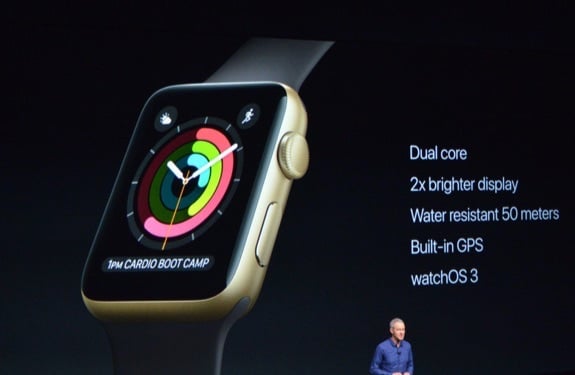 During today's iPhone 7 event, Apple announced the new Apple Watch Series 2. The new Series 2 Watch is now swim proof, and can withstand depths of up to 50 meters. The display tech has been improved as well, with a 1,000 nit brightness level, and that's paired with the new S2 chip to provide more power to the Apple Watch. It's a dual-core chip that allows for 60 frames per second on your wrist. To keep up with sports watches, there's also a built-in GPS sensor which can work independently of Wi-Fi, so if you're out on a hike, your Watch Series 2 will work for you.

Apple also announced a new ceramic finish for the Apple Watch Series 2, which is a new addition and will sit alongside the Apple Watch Sport's aluminum finish and the stainless steel models.