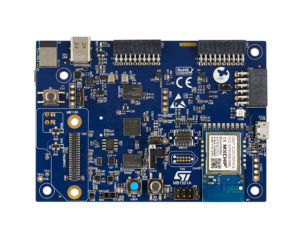 The first STM32 MCU based on Arm Cortex-M33 core was the ultra-low-power STM32L5 microcontroller, and the company is now following with the STM32U5 series also designed for smart applications including wearables, personal medical devices, home automation, and industrial sensors. The new family has a higher 160 MHz clock speed, up to 2048 KB flash, up to 786 KB RAM, a 2D Graphics Accelerator, several peripherals have been upgraded, and a new autonomous mode lets DMA and peripherals keep working while most of the device sleeps in order to save power. STM32U5 MCUs also integrate additional hardware security features, and are manufactured using a 40nm process, which the company says is the most advanced process suitable for microcontrollers. Just like for the STM32L5 family, there are two product lines in the STM32U5 series which mostly differ by their security features: STM32U575 with 1024 to 2048 KB of flash memory, 786 KB RAM STM32U585 with 2048 KB of flash memory, 786 KB [...]

How to Start a Lifestyle Blog: A Step-by-Step Guide