The First Key to Success 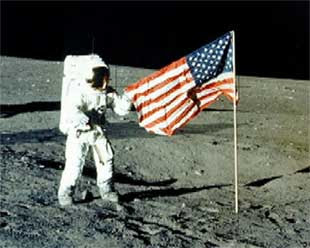 Without clear direction, success can never be achieved. We’ve all experienced situations where we run toward a goal as fast and furious as we can only to have the goal posts moved on us in route. When this happens over and over again, an organization is guilty of foolishly wasting precious resources at a moment when most are under resourced as it is.
Success begins with leadership. As Michael Kaiser discussed in his Huffington Post blog, there must be a leader. All too often, arts managers try to lead by consensus. They don’t want to be the bad guy. They don’t want people to be upset with them. In complex situations, many times the answer isn’t clear, and trying to get a wide variety of stakeholders moving in the same direction can be tough. But this isn’t a time to postpone critical decisions in an effort to get senior staff, board members and other various stakeholders to agree on a course of action. The executive has been hired to lead, and lead they must. Part of leadership is gathering all the data necessary from various perspectives, and then making a timely decision. Waiting for full consensus is folly because more often than not, time does not bring consensus.

Sex on Your Period – Reasons to Do It
How to Integrate Bitcoin Payments in …
Get Managed IT Services in Plano Toda…
Best Organic Coffees That Are Healthy…
New Mailchimp Review 2020
When a problem reaches the desk of an executive director, usually it means that an easy solution isn’t available, because if there was a simple answer, senior managers would have resolved the situation. The life of an executive director involves making imperfect decisions daily. It isn’t a job for the lighthearted. Failure is often public and wide reaching. But make no mistake about it – inaction or a delay in decision making is a decision in itself. Taking no action in an attempt to build consensus around an issue that will never result in a consensus decision is even more costly than setting a clear course toward a defined goal.  As an outside adviser, I was once asked to participate in a meeting where senior managers from an Organization were divided on a particularly divisive issue. Each argued their position passionately and articulately. At the conclusion of hours of conversation, the room looked to the executive director for a decision, at which time he asked for a vote of hands. I about fell out of my chair. Unfortunately for them, there were an even number of people in the room, and it was hopelessly deadlocked with a leader who would not make a decision because he desperately wanted consensus.
Someone has to lead, and one of the most important decisions a leader makes is defining success for the organization. Senior managers can and should be relied upon to develop strategies for success, but the leader must define the destination before a map can be created.
When defining success for Arts Organizations, here are just a few things to consider:
Growth vs. Sustainability. In a previous post, I asked if “right-sizing could be as sexy as expansion?” We live in the country of manifest destiny, super-sized meals and McMansions. Bigger is always better. But this mentality has led to obesity being an out of control epidemic, people purchasing homes they could not afford, and boom or bust economic trends. I see the same success metrics in play at non-profit arts organizations. Chief marketing and development officers are measured solely by growth, and if an organization tries to right size, top talent will leave because their numbers will shrink, not because of sub-par work, but merely because of a decrease in tickets to sell or programs to fundraise for. Why do we constantly equate success with growth, when it is entirely possible to demonstrate significant growth to the detriment of sustainability? If it costs you $2 for every additional $1 in growth, and that equation doesn’t equalize over time, then you will demonstrate growth until such time as your lines of credit are maxed out, your board becomes unwilling to conduct emergency fundraising campaigns, and the community becomes tired of your pleas for help. This is how once stable and reputable organizations get into trouble. Success should be defined, at least in terms of business models, by sustainability, not growth, which is not to say they are necessarily mutually exclusive, but all too often, we succumb to pride and make growth the more highly prized success metric.
Quantity vs. Quality. Similar to growth, I’ve found that some arts organizations in part define themselves by the quantity of work they produce. I’ve never understood this. Most artists are motivated by creating the highest caliber of work, but then arts organizations feel pressured to produce a certain arbitrary amount of plays, concerts or performances each year, with an increase in offerings usually regarded as a sign of success by board members, funders and the press. The highest quality products in the world are not produced in mass as mass production doesn’t usually dovetail with world class quality. Case in point, if asked, I’m sure Steve Jobs would have been happy to have the best computers on the market, even if his market share was significantly less than competing products. And today, TedX is experiencing brand erosion because of quick expansion resulting in it losing in part its competitive advantages. Long ago, I used to work for a company that only produced one or two plays a season because the average gestation time on a project was several years. Although some objected to the avant-garde nature of the work, the company was almost universally lauded for artistic excellence. However, if quantity of productions were the litmus test for success, it wouldn’t be considered a successful theater.
Impact vs. Financials. Alan Brown, Clay Lord and Theatre Bay Area have spent the last two years working on measuring the intrinsic impact of live theater. I won’t go into the specifics now as this study deserves its own blog post, but I must say that I am excited that the study is changing how people, especially funders, are defining success. This study has developed a new system to quantifiably measure the intrinsic impacts theaters are having on audiences, and funders are starting to understand that previous metrics, such as audience members served, might not deliver the full picture. Along with financial and attendance data, what if theaters started to define their success by the impact they are having on their communities, which for the first time can be benchmarked, measured and tracked year over year.
The first step on any journey is to clearly define the destination and to establish success metrics.

Leaders —set the course and the direction. Don’t fear lack of consensus. Be bold. Be ambitious. And be decisive.
Senior managers—establish clear success metrics, and track them relentlessly over time.
“I believe that this nation should commit itself to achieving the goal, before this decade is out, of landing a man on the moon and returning him safely to the earth.” – President John F. Kennedy, in an address to a joint session of Congress on May 25, 1961.

The First Key to Success