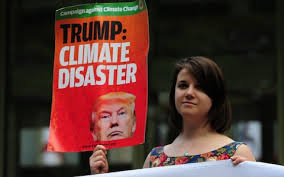 I don't remember if I ever mentioned this here, but I have bachelor's and masters' degrees in chemistry.  Throughout my career as a sci/tech librarian, I always admired and respected the work of scientists and engineers in all disciplines.  Much research of the years has been supported by the federal government.  I quite dismayed this morning as I read in the New York Times the article stating that in three years the Trump administration has diminished the role of science in federal policymaking.

To quote from the article "Political appointees have shut down government studies, reduced the influence of scientists over regulatory decisions and in some cases pressured researchers not to speak publicly. The administration has particularly challenged scientific findings related to the environment and public health as opposed by industries such as oil drilling and coal mining."

I was aghast at the way Trump mocked Greta Thunberg as she was named Time Magazine's Person of the Year.

This attitude toward climate change and the work of research scientists must be reversed.  The only way to do this is to elect his opponent in November 2020.

Stand up for science!