No churn black raspberry ice cream made even better with cream of coconut, shredded coconut, and mini chocolate chips. This is a refreshing treat you will want to make all summer long! 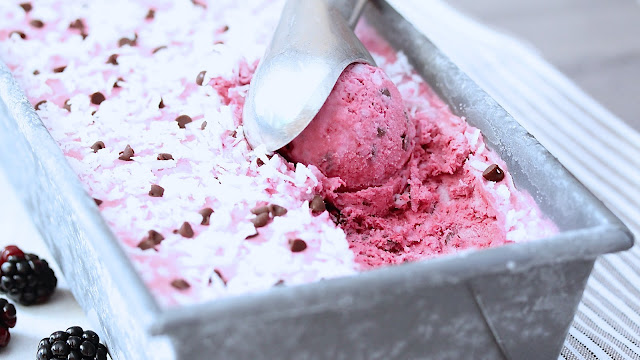 Hi y'all! I hope your day is going well!

I hope you know how much I adore you and that I will go to the ends of the earth for you because I  do—kinda. You see, after suffering through an excruciatingly painful photoshoot to get ice cream pictures for this post, I swore off ice cream photoshoots indefinitely. However, despite my gallant effort, the resulting images were not to my satisfaction. Because I felt that I could deliver better material to you, I made another batch of the frozen goodness for a second photoshoot and hoped for the best.

Beard Bib – Solution For Messy Groomi…
MMOGA – Dead by Daylight: Stranger Th…
USDA Urges Communities, Farmers, Ranc…
Rod Wave – Heart On Ice (Official Mus…
Ice cream is one of the toughest things to photograph in the best of conditions but factor in summer heat and humidity, it's a recipe for disaster. Throughout the first photoshoot I kept thinking how ice cream is the bane of my existence. It literally melted within seconds right before my eyes! There were pictures upon pictures of one melty hot mess! The photoshoot lasted for what appeared to be an eternity as I had to continually refreeze the ice cream in between shots. Uggggh!! 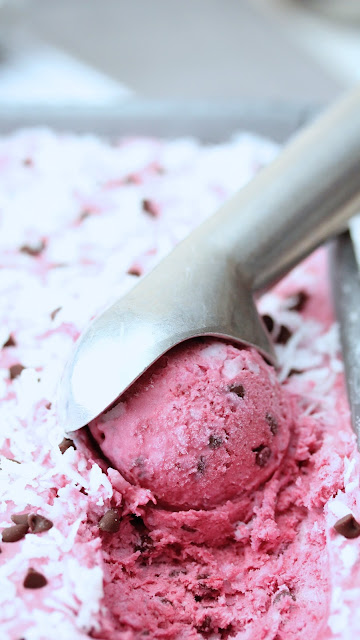 To my delight, the second photoshoot went a lot more smoothly. Everything was planned to an exact science...with the tablescape in place and camera positioned and ready to go. The necessities (wet and dry paper towels, ice cream scoop, spoon, spatula, extra cones, etc.) were lined up within arm's reach like operating room equipment on a tray. I even had masking tape to mark precisely where the ice cream was to be placed once it came out of the freezer as not to waste one precious second of the window of opportunity for optimal ice cream shots. Thank goodness the second time was a success! 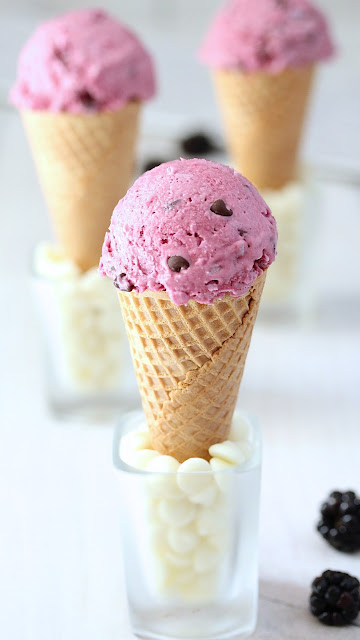 Once the berries are pureed and the heavy cream and coconut cream are whipped, everything is chilled. And when its time to assemble, all that is needed is the simple folding of ingredients—the two creams are folded together, followed by the addition of the raspberry coulis. Finally, the shredded coconut and chocolate chips are folded in. All that is left to do is to freeze the ice cream and wait with anticipation to eat it!

That's it for today, guys! I am so glad you stopped by (again). Till next time, take care! 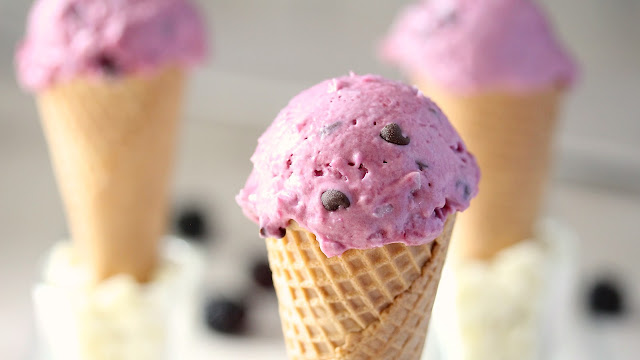 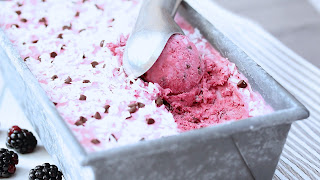 While the raspberries reduce, whip the creams. Place heavy cream and vanilla extract in a medium mixing bowl. Starting on low, beat cream. Gradually increase to medium high as cream begins to thicken. Beat until cream is smooth, fluffy, and holds a stiff peak. This should only take a minute or two. Refrigerate.

Place the entire content of cream of coconut can in a large mixing bowl. Starting low and increasing to medium high, beat for 1 1/2 to 2 minutes.  Refrigerate at least 30 minutes or until coconut cream thickens.

Once the black raspberries have reduced, pass it through a fine mesh sieve and into a bowl (use a rubber spatula to press juice through sieve). There should be about 3/4 cups of puree in the bowl. Discard seeds remaining in the sieve. Refrigerate the puree for at least 30 minutes to thicken slightly.

Pour ice cream into a 2 quart container (I use a 10-inch loaf pan). Cover tightly with plastic wrap and a layer of foil. Freeze overnight for best results.

Receive New Posts In Your Inbox. It's Easy!

ALSO FOUND ON IN GOOD FLAVOR