A Look Ahead to 2019: A more balanced housing market, but geopolitical turmoil brews 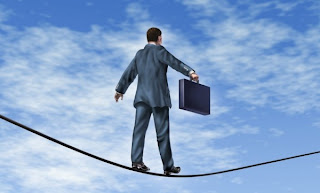 For most of this year, we saw the steady global expansion underway since mid-2016 continuing, with growth during the 2018-19 period projected to remain at its 2017 levels.

However, even with the International Monetary Fund’s (IMF) estimate of 3.7 percent growth in 2019, more downside risks to this growth rate have emerged in the past six to eight months, as political turmoil continues to spread to more places around the world. 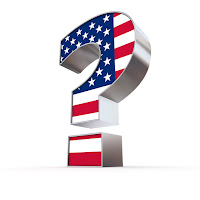 Here in the U.S, the Federal Reserve is still projecting GDP growth to slow to 2.5 percent in 2019 after 2018’s tax cuts helped boost annual GDP growth to 3.1 percent. Unemployment remains low at 3.7 percent, and, as of October, there were one million more jobs than there were people actively seeking work, which has put upward pressure on wages as the competition for skilled workers heats up.

More recently, however, wild swings in the stock market due to escalating trade tensions with China and slowdowns in other developed countries have dramatically impacted the global appetite for risk, with the State Street Investor Confidence Index declining at the fastest pace in a decade over the last few months.

Still, one positive side effect of this volatility for the housing market has been a recent escape to the safety of long-term bonds, helping to reverse the steady increase in mortgage rates. This, in turn, could help make housing purchases more affordable and give buyers a badly needed break. Indeed, after several years of steady growth for housing sales and prices, 2019 is likely to return to a more balanced market between buyers and sellers, at least temporarily.

Projections by multiple sources including the NAR, Realtor.com and Zillow are envisioning a market with home prices still rising, albeit at a slower rate of growth. As buyers wait to catch their breath, Realtor.com is also suggesting that overall sales levels could slip by about two percent, while the NAR is predicting a small gain of one percent.

However, beyond the short run, these slipping or mostly flat sales levels could also exacerbate the country’s overall housing shortage even more. According to a recent study by Freddie Mac, the annual rate of U.S. construction is about 370,000 units below long-term housing demand, leading to a current pent-up shortfall of over 2.5 million homes. In many popular markets, until construction of new homes is able to increase and stabilize at higher levels, excess demand will continue to put some pressure on home prices and rents.

At the same time, the inventory shortage is not equally divided among housing sectors. In 2018, the NAHB modified their Leading Markets Index (LMI) to measure building permits against historical norms while adjusting for population growth. According to their new methodology, as of the third quarter of 2018, single-family permit activity, adjusted for population growth, was operating at 59 percent of potential capacity. Meanwhile, multi-family permit activity was at 98 percent of capacity. 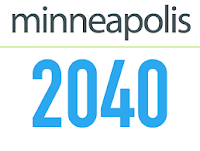 Since multi-family construction generally offers more affordable housing options, the City of Minneapolis is taking this idea one step further by rezoning single-family neighborhoods to higher densities. In early December, their City Council approved the Minneapolis 2040 plan, which will allow up to three-family homes in the city’s residential neighborhoods, remove minimum parking requirements for all new construction, and permit high-density buildings along transit corridors.

The idea is to break open restrictive zoning laws in order to provide new opportunities for residents to move for schools or a job, allow aging residents to downsize without leaving their neighborhoods, slow the displacement of lower-income residents in gentrifying areas, and address the lack of affordable housing citywide.

Whether or not this idea will spread to other cities, the timing is opportune. More millennial buyers are moving into their home buying years, and are expected to represent 45 percent of mortgages in 2019, with most looking to buy that first home. Gen X buyers are expected to account for another 37 percent of new mortgages, most likely trading up to the mid- to high-priced tiers, while Baby Boomers looking to relocate or downsize will capture 17 percent.

Finally, another wild card to consider is the impact of the 2018 tax cut on the housing market, with overall sales levels declining soon after it passed. Although most renters will enjoy a higher standard deduction and thus lower taxes, for owners the result is less clear, as some will find lower benefits from fewer personal exemptions and itemized deductions, especially in high-tax states. If nothing else, 2019 will certainly prove to be interesting.
www.metrointel.com

This post first appeared on The Housing Chronicles, please read the originial post: here
People also like
What to wear: outfit ideas for Christmas & summer
Vodacom buys 55% stake in Vodafone Egypt
Best Home Sauna To Stay Warm All Winter
Best Things to Do in Cadaques, Beautiful Town in Costa Brava
Building a Talent Pool in a Tight Market
Smartphones are Changing the Online Gambling Industry
Lemon Blueberry Zucchini Bread
WooCommerce vs Shopify: Why WooCommerce Is the Better Choice
10 of Britain’s best market towns for a weekend break

A Look Ahead to 2019: A more balanced housing market, but geopolitical turmoil brews