As the midterm elections approaching fast, President Donald Trump appear to have one last tool to excite his supporters – the white nationalist and conservative movement. And he has proudly declared that he is a nationalist days ago, just in case you’re wondering. But what he plans to do next will make his supporters go wild. He’s going to terminate birthright citizenship.

“We’re the only country in the world where a person comes in and has a baby, and the baby is essentially a citizen of the United States for 85 years with all of those benefits. It’s ridiculous. It’s ridiculous. And it has to end,” – Donald Trump said during an interview with Axios. However, according to NumbersUSA, there are 33 nations that grant citizenship to anyone born within their borders.

But how does Trump plan to do that? The 14th Amendment to the Constitution says – “All persons born or naturalized in the United States, and subject to the jurisdiction thereof, are citizens of the United States and of the State wherein they reside.” Apparently the U.S. president has a magic wand – the “Executive Order”. 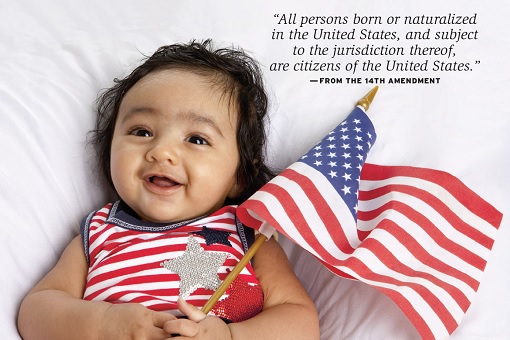 Yes, Trump said Monday he will sign an executive order that would remove the right to citizenship for babies of noncitizens and undocumented immigrants born on U.S. soil. “It was always told to me that you needed a constitutional amendment. Guess what? You don’t. It’s in the process. It’ll happen … with an executive order.” Trump said in the interview

Trump’s plan to bulldoze the Constitution with his executive order would definitely trigger another constitutional standoff. Critics have argued, even laughed at Trump, that it’s not within the president’s power to change birthright citizenship. But the president doesn’t care as he continues to push a hard anti-immigration line ahead of next week’s midterm elections.

President Trump claims that he has discussed the move with his legal counsel and believes it can be accomplished with executive action, a view at odds with the opinions of many legal scholars. Legal scholars have widely interpreted the 14th Amendment to mean that anyone born on American soil automatically becomes a natural-born citizen. 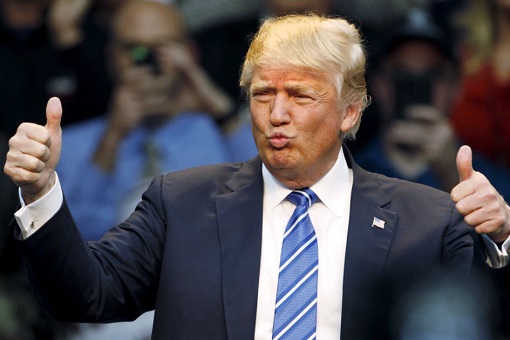 Since at least 1898, the Supreme Court has held that it grants citizenship to children of noncitizens. Hence, it’s hard to imagine how Trump’s executive order could suddenly emerge victorious. In a 19th-century case – United States v. Wong Kim Ark – the court ruled that a child of Chinese parents who was born in San Francisco was a U.S. citizen by virtue of his California birth.

James C. Ho, a conservative lawyer whom Trump appointed to the United States Court of Appeals for the Fifth Circuit last year, wrote in a 2006 paper titled “Birthright Citizenship and the Original Understanding of the 14th Amendment” that any legislation that removed birthright citizenship would likely be voided by the nation’s courts. 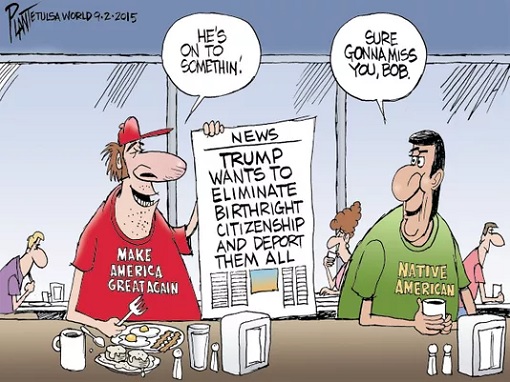 He wrote – “All three branches of our government – Congress, the courts, and the Executive Branch – agree that the Citizenship Clause applies to the children of aliens and citizens alike.” But that doesn’t mean Trump cannot try to poke the Constitution. After all, his intention has been political, not legal, in his latest stunt to go against foreign immigrants.

The truth is he would have a better success with his executive order to limit travel to the U.S. from a number of Muslim-majority countries, an idea hatched in his first year in office. But if Trump could not even get that done without tons of backlashes from the courts, it’s a wishful thinking that his next executive order to remove birthright citizenship would have a better chance of success.

Adding salt to the injury, the birthright citizenship is protected and was further enshrined in an act of Congress, the 1866 Civil Rights Act. The Act was the first United States federal law to define citizenship and affirm that all citizens are equally protected by the law. Although it was vetoed by President Andrew Johnson, the legislation was passed by Congress with overwhelming two-thirds majority. 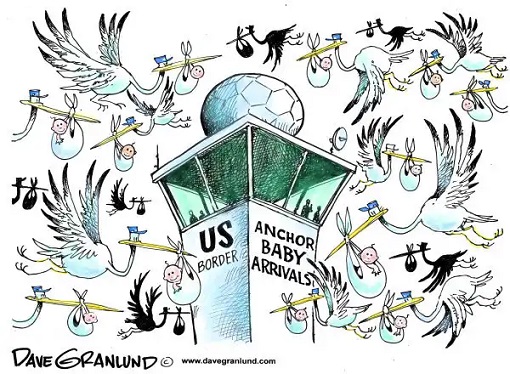