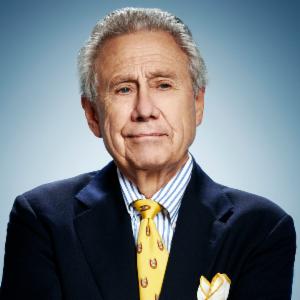 Over five decades Phil Anschutz has built fortunes in oil, railroads, telecom, real estate and entertainment. He started with his dad's small oil business, which nearly collapsed. He now owns the NHL's Kings and a third of the Lakers, plus the building they play in, the Staples Center. His movie company produced the Chronicles of Narniaseries. His AEG Live reps music artists and produces their concert tours. And on 300,000 acres he owns in Wyoming, Anschutz is fixing to build the world's biggest wind farm. In June 2016 he combined his two 5-star resorts, The Broadmoor in Colorado Springs, Colorado and Sea Island in Georgia into a standalone company. To ensure these jewels stay in the family, he put them into a 100-year trust. A dedicated philanthropist, he endowed his family foundation with $1 billion, and donated his collection of some 400 masterpieces to create the American Museum of Western Art in Denver.

Why SEO Is The Next Big Thing in the …
Creating and Selling Digital Products
Telegram Marketing solutions
What Patio Furniture Won’t Rust? – 5 …
It's Time To Rebuild
Anschutz took over his father’s oil business in 1965 at age 25, almost lost everything on a string of dry holes. The cash of $100,000 he got from the rights of the film 1968 Hell-fighters, starring John Wayne, put him to the next gusher, and in 1982, he sold his half of the Anschutz Ranch East Field to Mobil for $500 million.
In 1984 he bought William Jackson Palmer’s Denver & Rio Grande for $500 million. He leveraged that into control of the entire Southern Pacific network, which he sold to Union Pacific in a $5.4 billion deal in 1995. On the railroads’ rights of way Anschutz had laid copious amounts of fiber-optic cable, which became the foundation of Qwest Communications.
Always reinvesting in oil, in 2010 he made $2.2 billion selling fields in Pennsylvania, North Dakota and Ohio. His $4 billion Anschutz Entertainment Group (AEG) now owns or manages more than 120 venues worldwide. The cornerstone is the Staples Center and surrounding L.A. Live complex, which AEG completed by 2010.
It’s not enough to just own the locations; Anschutz also owns teams that play there (including the Los Angeles Kings, and a piece of the Lakers), while his AEG Live division represents artists (such as Taylor Swift, Justin Bieber and Carrie Underwood) and promotes their concert tours. To maximize his take, Anschutz created a ticketing platform to compete with Ticketmaster: AXS sells 29 million a year. He also entered the travel business with his 2008 acquisition of Xanterra, which operates lodges in national parks such as the Grand Canyon and Yellowstone.


This post first appeared on Basaynon, please read the originial post: here
People also like
Why SEO Is The Next Big Thing in the Real Estate Industry
Creating and Selling Digital Products
Telegram Marketing solutions
What Patio Furniture Won’t Rust? – 5 Materials You Need to Invest In
It's Time To Rebuild
Private And Luxury Chauffeur Melbourne Service For Your Convenience.
how to remove dark circles in 2 days
Choosing a Garage Floor Epoxy Metallic Finish
Natural Remedies For Common Health Issues