Vigan is one of the most atmospheric and enjoyable cities in the Philippines. Walking its cobbled streets and exploring its heritage homes gives an inkling of the former importance of this trading city. It is one of the oldest towns in the country. Vigan was in the Spanish times an important political, military, cultural and religious center. The old town is characterized by its cobbled streets and some of the finest old colonial structure in the country – it mixes Mexican, Chinese and Filipino features. Vigan’s time-capsule ambience is aided by the decision to close some streets to traffic and allow only pedestrians and kalesas. A ride in one of these horse-drawn carriages makes for a romantic way to tour the town.

The City of Vigan is a fourth class city in the province of Ilocos Sur, Philippines. It is the capital of the Province of Ilocos Sur. The city is located on the western coast of the large island of Luzon, facing the South China Sea. According to the 2010 Philippines census, it has a population of 49,747 people. It is a World Heritage Site in that it is one of the few Hispanic towns left in the Philippines where its structures remained intact, and is well known for its cobblestone streets, and a unique architecture that fuses Philippine and Oriental building designs and construction, with colonial European architecture. Former Philippine President Elpidio Quirino, the sixth president of the Philippines, was born in Vigan, at the current location of the Provincial Jail (his father was a warden); and resided in the Syquia Mansion.
Its favorable geographical features and location continues to make it a very accessible center. It is only 408 kilometers away from Manila, 88 kilometers away from Laoag City. Its 2,511 hectares of land consists mostly of plains with gentle hills. Its boundaries on the north, east, south, and west are the municipalities of Bantay, Santa, Caoayan, and Sta. Catalina, respectively. The South China Sea is on its southwest portion. Majority of its land, 60 percent of it, is used for agriculture. Around 32 percent is made up of residential area, nearly three percent are for commercial and industrial use, and around one percent is for institutional purposes.

Other hotels are: Metro Vigan Inn, Cordillera Inn, Casa Rica Hotel, Hotel Veneto de Vigan, OverMar Resort Hotel, and Metro Vigan Regency Hotel.
Transportation
Modes of transport within the city are purely land-based. Vehicles for public use include jeepneys, tricycles, vans-for-hire (or PUVs/public utility vehicles) and calesas (horse-drawn vehicles). Buses, mini-buses and jeepneys provide transportation to and from Vigan. The metro Vigan transport system is mostly served by tricycles, which are color- and number-coded to identify their municipality of origin.
Vigan City is well-served by a network of roads and a major highway that connects to Maharlika Highway and Manila North Road, two highways leading to Manilaand the rest of the country. Bus companies such as Dominion Bus Lines, Viron Transit, Partas, and Aniceto/St. Joseph operate terminals in Vigan. Bus companies such as Philippine Rabbit Bus Line, Florida, Maria de Leon, and Fariñas pass by Vigan on their way to Laoag. GMW Florida Transportoperates a terminal at the entrance to Vigan. They operate direct and/or indirect bus services from Vigan City to points in Luzon, mostly to Manila, Baguio, and Laoag and vice versa.
A secondary airport called Mindoro Airport (also known as Vigan Airport) is located at Brgy. Mindoro. It has one asphalted runway, 900 meters long and 30 meters wide. The airport was once a sleeping asset of the city for it does not generate revenue, with only chartered and private planes using it; it is currently being upgraded and is on its way toward commercialization, to attract tourists and to lighten the burden of traveling to Vigan from Manila and most parts of the Philippines.
Tourist Attraction
Many of Vigan’s attraction are within walking distance of one another, with Plaza Burgos the most obvious reference point, although it’s cheap enough to take a tricycle or a kalesa around town. Just tell the kutchero where you want to visit, or let them suggest a route.

Dining and Nightlife
Don’t leave Vigan without trying the local empanada (crispy deep-fried tortilla of rice-flour dough containing cabbage and green papaya). The stalls on the western side of Plaza Burgos, known collectively as Empanadaan, sell empanada along with okoy (egg, prawn, tomato and onion frittata) dip it in vinegar. For breakfast, if you’re feeling adventurous then head out and early to the Vigan Slaughterhouse near the barangay of Mindoro. A bowl of exceptionally fresh liempo (beef, innards and onions in broth) costs just a few pesos. Nightlife is pretty limited and quiet, with the exception of Legacy Super Club.
Around Vigan
The town of Bantay, close to Vigan on the National Highway, is a popular stop on kalesa tours thanks to the bell tower of Saint Augustine Parish Church. Built between 1590-92, it has five bells each associated with a different occasion. The tower is famous as one of the locations in the Filipino fantasy movie Ang Panday. Another worthwhile trip from Vigan is to the UNESCO World Heritage-listed Santa Maria Church, about an hour’s drive south and dating from 1769. It’s a solid structure with a brick façade, set on a hill and reached via 83 steps; unsurprisingly it was used as a fortress during the Philippine revolution. 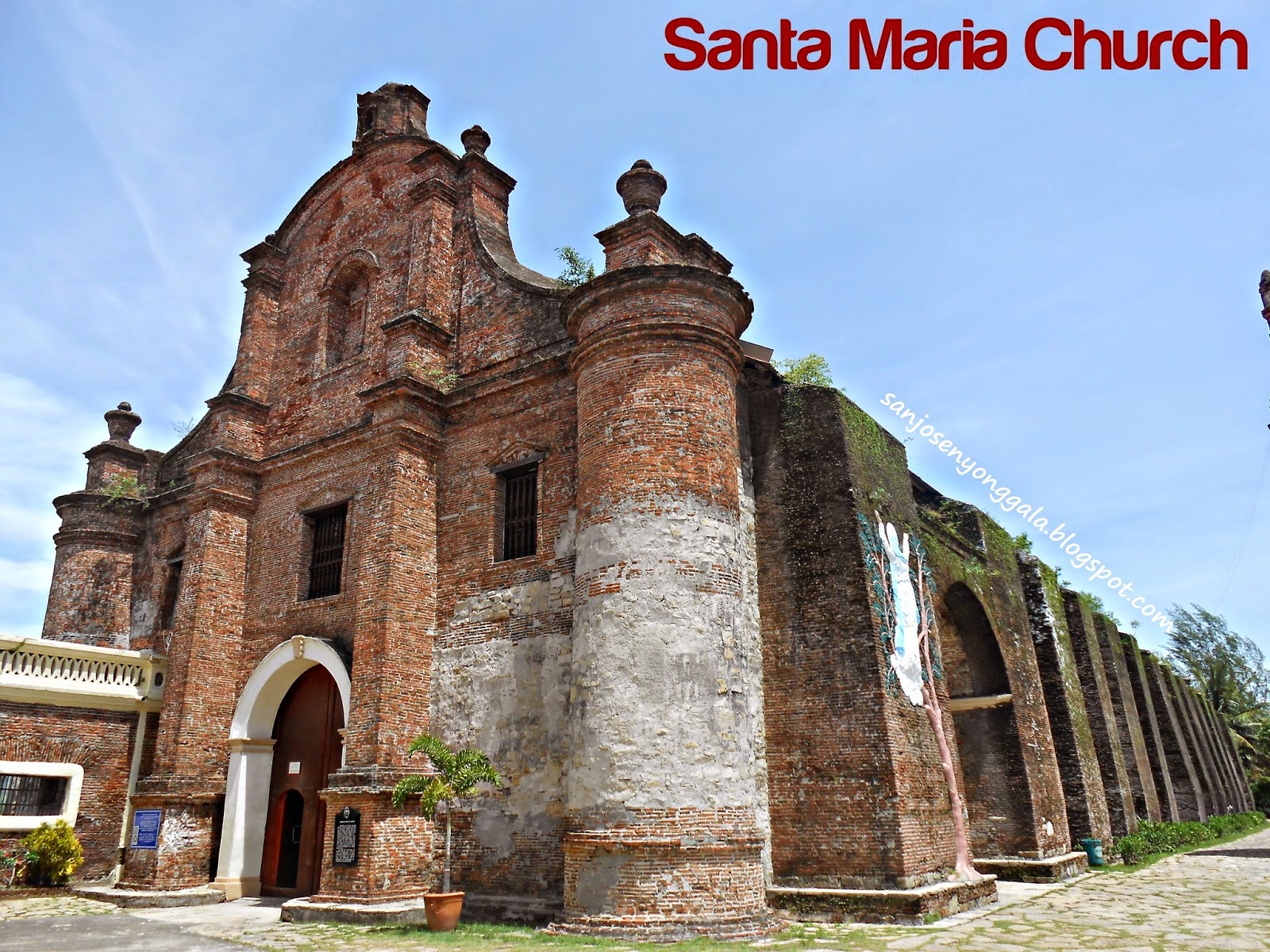 The coastal road north of Vigan to Laoag is sealed all the way and the journey is only two hours. If you do want to break the journey then you might try stopping at Badoc, the birthplace of the Filipino painter Juan Luna. His reconstructed house, known as the Juan Luna Historical Landmark, stands in a side street close to the 17th Century Virgen Milagrosa de Badoc. About a kilometre off the coast lies Badoc Island, which is gaining a reputation for good surfing and can be reached by hiring a Bangka from the little wharf in Badoc town.