How To Keep A Patio Cool – Beat The H…
Dealing with Accidental Injury
How To Invest in Real Estate With no …
Fitness Routines For Busy Professiona…
What is enzyme immunoassay
The thirtieth named storm of the 2013 Pacific typhoon season, Haiyan originated from an area of low pressure several hundred kilometers east-southeast of Pohnpeiin the Federated States of Micronesiaon November 2, 2013. After becoming a tropical storm and attaining the name Haiyanon November 4, the system began a period of rapid intensification that brought it to typhoonintensity on November 5. By November 6, the Joint Typhoon Warning Centre (JTWC) assessed the system as a Category 5-equivalent super typhoon on the Saffir-Simpson hurricane wind scale. 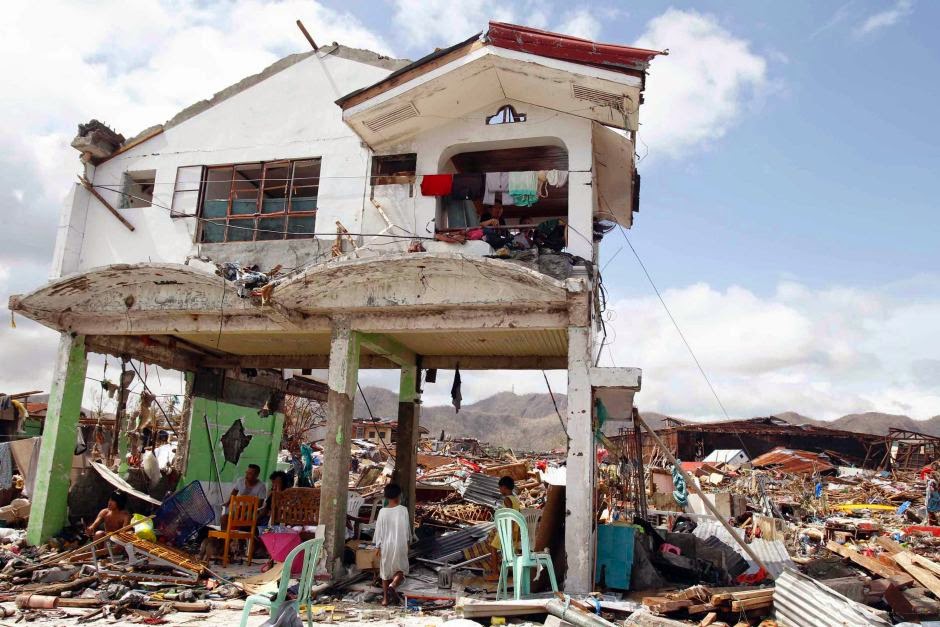 Thereafter, it continued to intensify; on November 7, the Japan Meteorological Agency (JMA) upgraded the storm's maximum ten-minute sustained winds to 230 km/h (145 mph), the highest in relation to the cyclone. The Hong Kong Observatory put the storm's maximum ten-minute sustained winds at 275 km/h (170 mph) prior to landfall in the central Philippines, while the China Meteorological Administrationestimated the maximum two-minute sustained winds at the time to be around 78 m/s (280 km/h or 175 mph).
The JTWC estimated the system's one-minute sustained winds to 315 km/h (195 mph), unofficially making Haiyan the strongest tropical cyclone ever observed based on wind speed. The eye of the cyclone made its first landfall in the Philippines at Guiuan, Eastern Samar.
Gradually weakening, the storm made four additional landfalls in the country as it traversed the Visayas: Daanbantayan, Bantayan Island, Concepcion, and Busuanga Island. A weakened Haiyan, with its core disrupted by interaction with the Philippines, emerged over the South China Sea late on November 8. Turning northwestward, the typhoon eventually struck northern Vietnam as a severe tropical storm on November 10.
The cyclone caused catastrophic destruction in the Visayas, particularly on Samarand Leyte. According to UN officials, about 11 million people have been affected – many have been left homeless. As of April 17, 2014, the National Disaster Risk Reduction and Management Council (NDRRMC) confirmed 6,300 fatalities across the country, 5,877 of those taking place in the Eastern Visayas. The actual death toll remains unclear, being claimed to be at least 10,000 by the victims from Tacloban City, Leyte alone.
Storm surgeswere also recorded in many places. In the island of Leyte and Samar, PAGASAmeasured 5–6 meter (15–19 ft) waves. In Tacloban, Leyte, the terminal building of Tacloban Airport was destroyed by a 5.2 m (17 ft) storm surge up to the height of the second story. Along the airport, a storm surge of 4 m (13 ft) was estimated. Waves of 4.6 m (15 ft) were also estimated. On the western coast of Samar (towns of Basey and Marabut), the storm surge was about 5 meters.
There was widespread devastation from the storm surge in Tacloban City especially in San Jose, with many buildings being destroyed, trees knocked over or broken, and cars piled up. The low-lying areas on the eastern side of Tacloban city were hardest hit, with some areas completely washed away. Flooding also extended for 1 km (0.62 mi) inland on the east coast of the province. City administrator Tecson John Lim stated that roughly 90 percent of the city had been destroyed.
Although wind speeds were extreme, the major cause of damage and loss of life appears to have been storm surge. The major focus of devastation appears to have been on the east coast of Samar and Leyte, with a particular focus on Tacloban, because of its location between Samar and Leyte, and the large population in low lying areas.


This post first appeared on Basaynon, please read the originial post: here
People also like
How To Keep A Patio Cool – Beat The Heat
Dealing with Accidental Injury
How To Invest in Real Estate With no Money in 2023
Fitness Routines For Busy Professionals
What is enzyme immunoassay
10 Tips for Dropshipping Success
Best 10 Food Delivery Apps to Satisfy Your Hunger