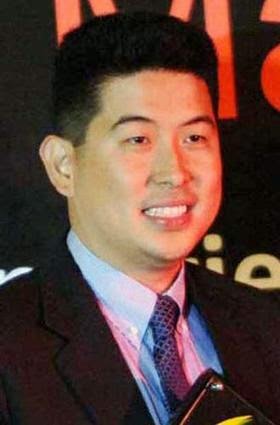 The story of Mang Inasal started in 2003 when entrepreneur Edgar Injap Sia II, then 26 years old, was offered a 250 sq. m. space in the parking building of Robinsons Place in Iloilo in Western Visayas. The space had been unoccupied for three years, and the mall administration offered good rental terms to Sia, who had other businesses located inside the mall.

NBA Player Ratings as of 08th Decembe…
Sizwe Alakine – Mang Kapa Mang
20 Best Pools in Las Vegas
Word Craze Daily Puzzle October 9 202…
LaRussell Shares Highly-Anticipated N…
Sia belongs to a family of entrepreneurs; his parents own the successful Injap supermarket located in Roxas City, Capiz. Sia himself has considerable entrepreneurial experience. In 1997, he put up a photo-developing center near Robinsons Iloilo. In 1998, he established the Four Season Hotel, also in Iloilo City. And finally in 1999, he set up a laundry shop.
He zeroed in on the native Ilongo chicken barbecue called Inasal in the dialect and combined it with the familiar fast food dine-in concept. Thus by the fusion of these elements Mang Inasal was born. Sia went to work developing his own inasalrecipe and design for the restaurant. He then borrowed P2.4 million from his parents as initial capital. When he opened the first Mang Inasal restaurant in December 2003, customers flocked to his store.
During Mang Inasal’s first few days of operations, there were so many customers that Sia himself had to help with the cooking, cleaning, serving and other tasks in the restaurant during the day. Afterwards, he had to work at home, marinating the chicken to be cooked and served at the restaurant the following day. Sia realized that running a restaurant was no easy task, and he contemplated giving up altogether. However, his belief in the promise of the concept kept him going. 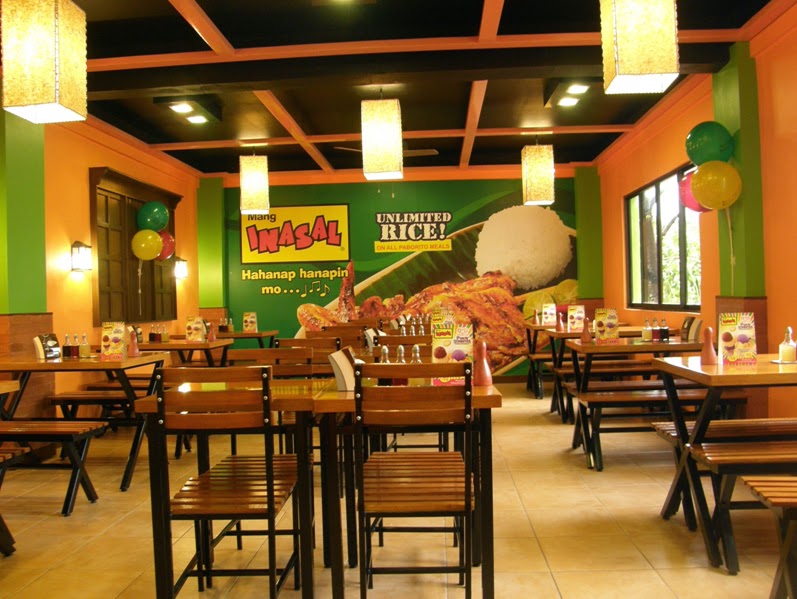 It’s not surprising then that Sia should say that the key to his success are hard work and a good work ethic. His parents immersed him in these values, he says, when they made him help at the family’s supermarket at a young age. This was also when his eyes were opened to entrepreneurship, he recalls.
When Inasal was opened for franchising in 2005, the company rapidly expanded, a complete surprise for Sia. It got to a point, he says, that he was going to four cities a day and flying every other day. The core of this early expansion was the Visayas and Mindanao where people were more familiar with inasal. To help him with his expansion efforts, he joined the Philippine Franchise Association and the Association of Filipino Franchisers Inc., the country’s biggest franchise organizations.
Road to Success

Years ago, Injap partnered with potato chips king Carlos Chan for the Indonesian donut brand, J. Co. which has now 19 outlets in the Philippines. Ten more JCo outlets are planned this year.   On his own, Injap keeps nurturing his Lapaz Batchoy chain of eateries. Don Carlos is the majority owner of another joint venture with Edgar Sia—the Hotel 101 chain of business hotels.
These days, Sia is setting his sights in a big way on the property market. He recently put up Double Dragon Properties, partnering with Jollibee’s Tony Tan Caktiong. His vision, he said, is to put up at least 100 community malls all over the country under the brand CityMalls. To further raise capital for this ambitious venture, he had his company listed at the Philippine Stock Exchange.
His numerous undertakings have also forced him to relocate to Manila completely, where he said he’s been based for only three years. He has adjusted to the new environment although he said he remains at heart a “Roxas and Iloilo country boy.” Sia proudly revealed the birth of his “baby girl,” which he said gives him a renewed drive to boldly conquer new heights. And he’s only 37 years old—think of what he can do by the time he’s 40.
The target is 100 City Mall “community malls” by 2020, making up 70 percent of his targeted 1 million square feet of leasable space. It sounds like a lot, considering he hasn’t opened a single one of the first five he is promising this year. But this is a man who built Mang Inasal to 303 outlets in seven years, then, in 2010, sold 70 percent to Jollibee for P3 billion. He was 33. He says leasing out the space will be easy. His partner in Double Dragon is Jollibee Food Corp.'s Tony Tan Caktiong. Their partner in City Malls is Henry Sy's SM group.
JFC’s Jollibee, Chowking, Mang Inasal, Greenwich, Red Ribbon and Highlands coffee chains, and the SM group’s SaveMore, Ace, Watson’s and Toy Kingdom chains, not to mention BDO and Chinabank will take up 80 percent of the 5,000 to 10,000 square meter malls. He says 100 may sound like a lot, if you didn’t know there are already 200 around the country, just mostly stand-alone, renting space to the Jollibees and SaveMores. He says City Malls and those who will compete with it -- Lucio Co’s Cosco is planning its own version -- will roll over the small operators. Just like Mang Inasal and other national fast-food chains supplanted local restaurants, like “Big Bite” and “Try Me” in Iloilo.
Double Dragon is “Double Dragon” because Tony Tan Caktiong and Injap Sia were both born during the year of the dragon, just 24 years apart. But Edgar Sr., the grocery store owner who seeded his son with P2.4 million for that first store, is a dragon as well, the same age as Tan Caktiong. And Edgar III is a dragon too, though Injap says, improbably, that he and his wife didn’t realize it immediately because they were too busy with their other baby, Mang Inasal.
In the two and a half months since their company listed, Injap has signed deals for 11 properties, including a 90-day exclusivity agreement for Globe Asiatique's Sky Suites in Quezon City. The biggest one for a property on EDSA and Macapagal Avenue near SM’s Mall of Asia that can house 300,000 square meters of leasable space, a third of his quota.
And they're buying property at today's valuations, while other developers have "landbanked" for years. “We buy properties at seven to P10,000 per square meter," he said. "If you buy at the Fort at half a million, you will be stretched, very difficult. Last week we bought at Consolacion (Cebu City) at P10,000. Right in front of the public market.” Of course, no one said he was buying at the Fort, one of the country’s priciest districts. But to have to buy dozens of properties over the next few years at current prices and quickly turn them into profitable malls will be a challenge.
The hotels, his venture with Carlos Chan, are actually condotels. He says his investors will be happier because all revenue will be split equally, unlike in some condotels where it’s based on whether your unit is rented out, which, he says, some owners suspect is based on giving gifts to the staff. And he says his condotels will be better hotels because the owners will just own the units, but he’ll finish and furnish them, making it easy to maintain consistent standards.
He says some investors want to buy several units, which would speed up the sales phase, but he’s limiting them to one per building because that will mean more owners “marketing” his condotels. The aim is 5,000 rooms in 15 to 20 buildings also by 2020. “Sometimes long-term thinking makes today harder,” he says. “This will make the 5,000 easy.” 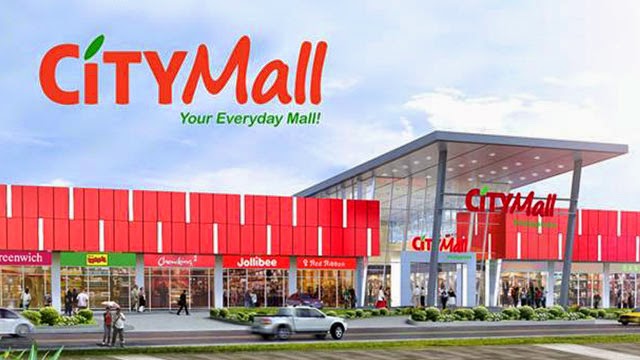 SM Investments Corp. has struck up a partnership with DoubleDragon Properties Corp., a real estate joint venture between entrepreneur Edgar “Injap” Sia II and Jollibee group founder Tony Tan Caktiong. DoubleDragon announced that it had signed a deal allowing SMIC to acquire 34 percent of its shopping mall arm CityMall Commercial Centers Inc. (CMCCI). The former will keep a 66 percent interest in the community mall development arm.
CMCCI was recently incorporated as a wholly owned subsidiary of DoubleDragon intended to be the umbrella company for community mall projects around the country to be branded  “CityMall.” The CityMall chain is envisioned to become one of the largest branded independent community mall networks in the Philippines with floor areas of about 5,000 to 10,000 square meters at each location and will be located in strategic locations, mostly in the Visayas and Mindanao.
CMCCI recently completed the acquisition of a 12,654-sqm piece of land on Arnaldo Boulevard in Roxas City which will be the site of the first CityMall. This is expected to be completed by December 2014. Capital spending for this portfolio of community malls called “CityMall” will account for the bulk of proceeds from a P1.16-billion initial public offering by DoubleDragon, filed with the Securities and Exchange Commission of which 579.73 million new shares was sold to the public at an offer price of up to P2 per share.
In the Forbes listing of top Philippine richest (2014), Edgar Sia is No. 31st richest Filipino with a net worth of $390 million at age 37.