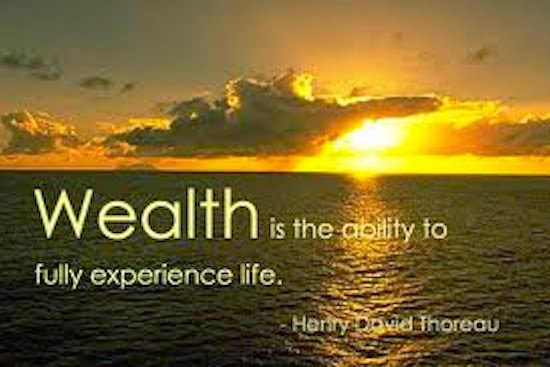 Money will only come when you are doing the right thing in the right way. If you seek money strictly for the sake of becoming Rich, most likely you will never achieve true financial freedom. Ironically, great Wealth most often comes to those who seek it least. You must first create substantial value – products or services that enhances people’s lives – before the money will flow from any commercial enterprise. Only by creating value will you ever attract significant wealth. If you find something you really love and that society finds valuable, then money comes rather easily.

Have you ever made love in front of o…
Don’t Get Stooled: Understanding Coun…
Why SEO Is The Next Big Thing in the …
The Queens of Pop: In The Mix
Creating and Selling Digital Products

One thing all millionaires have in common is that they know who they are  they have a keen sense of what makes them tick, they understand their own motivations, and most have mastered the difficult task of deciphering their greatest talents and abilities. In short, they have developed self-knowledge. Personal assessment is the first step to wealth amassment. Finding your own unique gifts is the second step to becoming rich. What you are uniquely gifted to do and having the right skills, in the right place at the right time. You can only be truly accomplished at something you love. Don’t make money your goal. Instead, pursue the things you love doing, and then do them so well.

Phil Ruffin said, “You don’t get rich working for other people.” The only way to control your destiny is to own your own Business and be your own boss. According to the Federal Reserve Board, in 2007, the average net worth of self-employed people was an impressive $1.3 million (P60 million), more than six times the net worth of the average worker. There are no extraordinary people, there are only average people who do extraordinary things.

All the self-discovery in the world is useless if you don’t have the desire and the will to become the richest man or woman. There is also no denying the crucial role that hard work, dedication, and diligence play in reaching that dream. In other words, there is no wealth without ambition. Much effort equals much prosperity. You’ve got to work hard; you’ve got to love to work; and you’ve got to have fun doing it. The reason some people get father ahead of other people is because they possess persistence – the ability to refuse to take no for an answer.
Success is the ability to achieve the things you want in life. Destiny is not a matter of chance, but rather a matter of choice. Your destiny is in direct proportion to your ambition addiction. And hard work is the only sure path to success. It simply can’t be avoided. The greatest gift in our life is the ability to work.
A common trait of millionaires is their early work experience. To start early, you must also start your day early and show up early. Don’t procrastinate because in only two days, tomorrow will be yesterday. The rich don’t put off until tomorrow what should be done today, and they are punctual. Punctuality demonstrates discipline and respect for others. Nothing is more destructive to one’s personal success than the inability to be on time. Many of us choose inaction over action.

The only way to succeed is to have the courage to fail. It is the willingness to face Failure and the resilience to pick themselves up and make the next step toward a better outcome. Don’t be afraid of failure. Failure is a part of life. Absolutely every successful individual has had several failures. You learn a lot from your failed experiences. There is one great certainty in life – you will lose at some point. Failure can breed success. The fact is that 70% of all new business fail in their first year. As they said, “No pain, no gain.” Failure is often the greatest teacher.

The rich make their fortunes in the places they know best, and their stories prove that success can take place anywhere and everywhere. Hometown success is indeed the sweetest success. Buzz Oates was born in Sacramento, California, and built his business and his fortune there. Oates says,”I never intended to leave. This is my home.” When it comes to building a fortune, size matters, but when it comes to where you build it, population size clearly does not.
Warren Buffett said,”It takes 20 years to build a reputation and 5 minutes to ruin it.” The three most important words in the English language are “tell the truth.” There are no moral shortcuts in the game of business or life. There are basically 3 kinds of people: the unsuccessful, the temporarily successful, and those who become and remain successful. The difference is character. Our reputation is our most valuable asset. The reputation you earn from managing your relationships, both in business and personal life, is the single most important key to success. Integrity is integral to wealth creation.

“Nothing happens until something is sold,” said Joe Ricketts, founder of TD Ameritrade, a discount brokerage. Great wealth creation requires great selling skills. If you cannot persuade people to do things, you simply will not be a success. Because you are not an island unto yourself, everything in life is about persuading people to do what you want them to do. The biggest key to success is the ability to communicate and sell ideas.
Millionaires are smart enough to know that they don’t have all the answers in business or in life. Their common denominator is their almost universal interest in reading biographies of other successful people. They value those people who keep their antennae high in the air, and they strive to stay attuned to new ideas, and better approaches to wealth creation. That love of reading presaged the creation of their wealth. Seek the counsel of wise people wherever you can find them.
Retirement is hazardous to their wealth. Because their definition of success is about enjoying the journey, they simply can’t fathom a life of leisure or sitting on the front porch watching life pass them by. Instead, they envision a future must the same as their past – a life filled with activity, business building, and continuing wealth-creation opportunities. Millionaires simply can’t imagine giving up what they love most, the wealth-creation mechanism that has made them rich. Love what you do and “retire” for the rest of your life.
From: The Richest Man in Town by W. Randall Jones


This post first appeared on Basaynon, please read the originial post: here
People also like
Have you ever made love in front of other people?
Don’t Get Stooled: Understanding Counter and Bar Height for Patio Furniture
Why SEO Is The Next Big Thing in the Real Estate Industry
The Queens of Pop: In The Mix
Creating and Selling Digital Products
Telegram Marketing solutions
It's Time To Rebuild
Private And Luxury Chauffeur Melbourne Service For Your Convenience.
How to Lose Weight and Keep it off Permanently
Advantages and Disadvantages of Epoxy Concrete Flooring
What is enzyme immunoassay