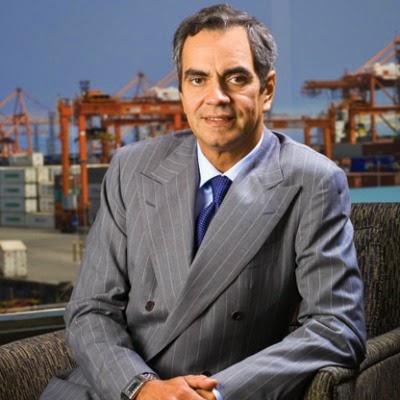 Known to friends as Ricky, Razon, 54, moved into gambling after making a fortune with his Manila-based ports business, International Container Terminal Services, Inc. (ICTSI), which moves containers on and off ships in 19 countries. His 71 percent stake in Bloomberry Resorts Corp., the publicly listed casino-hotel company which owns Solaire, accounted for more than a third of Razon’s estimated $5.1 billion net worth according to Bloomberg. According to Forbes, Razon is the third richest Filipino with a net worth of $5.2 billion as of August, 2014.

How To Keep A Patio Cool – Beat The H…
Have you ever made love in front of o…
The Queens of Pop: In The Mix
Witnessing an Aggressive Event
Private And Luxury Chauffeur Melbourn…
How he started it all
His family got into the cargo-loading business before World War II. His father wanted Ricky to go to college; the son dropped out at the age of 17, saying he wanted to join the family firm. His father, miffed that he left school, put him to work as a stevedore at minimum wage. The younger Razon quickly worked his way up to operations manager at Manila South Harbor. When he was just 20, his father put him in charge of implementing a new contract to manage the port in Jeddah, Saudi Arabia.
In 1986, the new government of President Corazon Aquino privatized the Manila International Container Terminal. In December 1987, the Razons partnered with the country’s Soriano family to bid for the contract to modernize and operate the port. They won. Razon bought out the Sorianos’ 23 percent stake in ICTSI in 2006.
Razon became chairman of the company when his father died in 1995 and started expanding. When Asia’s financial crisis hit in 1997 and 1998, ICTSI was running ports in Argentina, Mexico, Pakistan, Saudi Arabia, Tanzania and Thailand. The meltdown sent the firm into a tailspin. Razon sold most of the company’s assets outside of the Philippines to Hong kong’s Hutchison Whampoa Ltd., controlled by Li Ka-shing, Asia’s richest man. He paid down debt with cash and started a new global push; his holdings now extend from Brazil to Madagascar to India.
Razon traverses his empire in his personal Gulfstream G550 jet. When at home, he spends time on the golf course and backs local tournaments.


This post first appeared on Basaynon, please read the originial post: here
People also like
How To Keep A Patio Cool – Beat The Heat
Have you ever made love in front of other people?
The Queens of Pop: In The Mix
Witnessing an Aggressive Event
Private And Luxury Chauffeur Melbourne Service For Your Convenience.
How to Lose Weight and Keep it off Permanently
11 Ways Real Estate Market Will Change in Nigeria in 2023
The Most Lucrative Online Jobs
This Is What You Should Do If You’re Laid Off