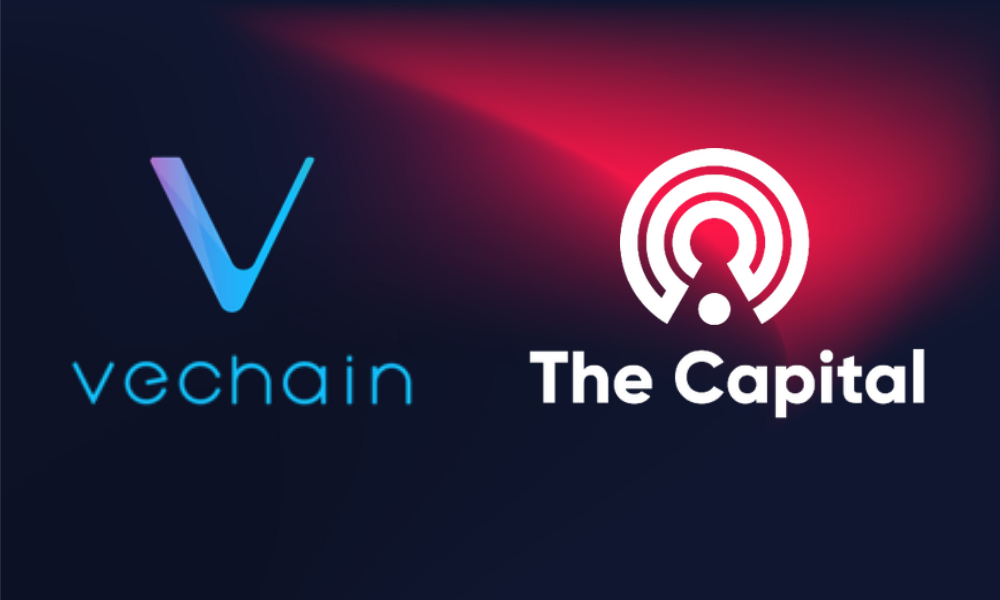 The Capital 2019 held by CoinMarketCap in Singapore from the 12th to the 13th of November was attended by VeChain where all the 100 pieces of The Capital Artworks, a limited edition series powered by VeChain ToolChain, was presented in front of an august gathering of VIP speakers.

CoinMarketCap is the most visited Cryptocurrency information website with more than 3.6 billion sessions and 125 million active users worldwide initiated an even like this for the first time, which aims to gather stakeholders in all segments of the crypto world including startups, enterprises, academy, etc as well as having a vibrant culture of conversation around blockchain.VeChain attended the event to connect with the brilliant minds in the world of blockchain and positioned itself as the enabler of blockchain adoption.

As a one-stop comprehensive blockchain solution, VeChain ToolChain will enable expertise to effortlessly integrate data and assets with blockchain to enhance collaboration with external parties and add value this will provide much positive thrust for VeChain to achieve its vision in the future.VeChain collaborated with CoinMarketCap on this occasion and showcased the ease of use of VeChain ToolChain.This partnership was involved in introducing the limited edition series of artwork created by CoinMarketCap, especially to the VIP participants of The Capital 2019.

All pieces of art are embedded with an NFC chip ensuring its authenticity and traceability due to the immutable nature of the blockchain technology. Once the VIP recipient of the artwork scans the NFC chip using a smartphone, not only will they be able to inspect the written details about the artwork uploaded onto the VeChainThor Blockchain, but also will find their pre-registered names for ownership verification appearing on the customized information page. This indeed will help bring meaningful impact and awareness for the application of blockchain in the art world ultimately resulting in increased mutual trust between buyers and vendors.

He also spoke regarding the unique friendly development toolsets of VeChain which is dedicated to promoting mass adoption blockchain technology perfectly fitting in the rationale of CoinMarketCap’s partnership criteria. This series of limited edition artworks are a novelty presented for speakers and a brand new use case for VeChain ToolChain, according to Yang. On November 11, VeChain co-hosted The Capital Warm-up party with CoinMarketCap and OceanEx which was graced by 500 attendees all over the world.

It was supported by the leading media of the industry such as CryptoBriefing, ChainNews, and Blocks. Tech, the party provided exclusive and premium networking opportunities within the blockchain industry. The VeChainThor Blockchain and VeChain ToolChain have been driving tangible business outcomes in various fields and are delivering the integration and implementation of blockchain technology in various enterprise partners suchIt has proven use cases in industries such as supply chain, fashion, LNG, logistics and much more. This collaboration between VeChain and CoinMarketCap shows the enormous potential of applying blockchain technology in the artwork industry.