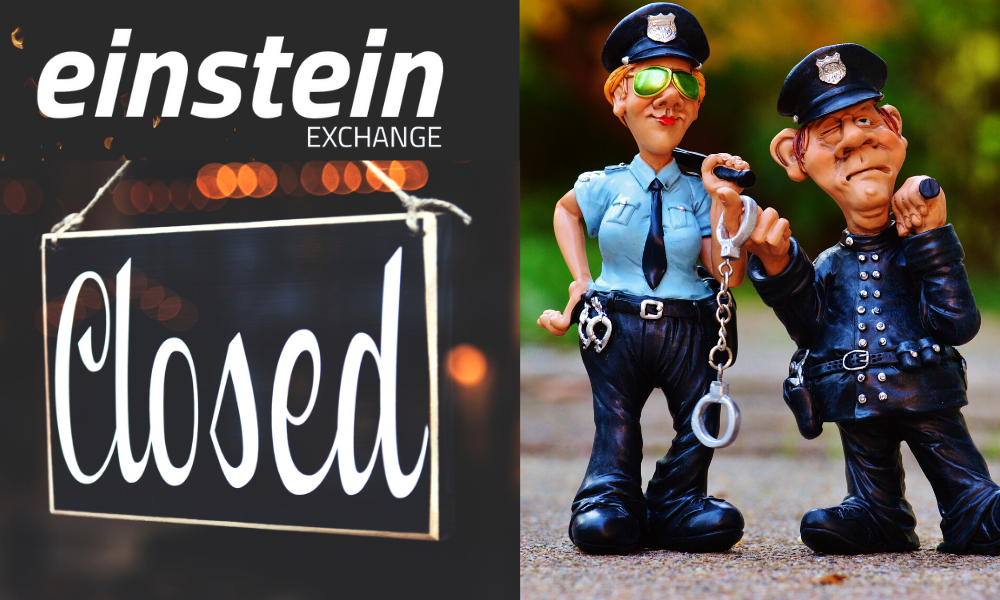 Einstein Exchange platform owes its users a whopping $12.8 Million ($16.3 CAD) to its users. Michael Gokturk, CEO of Einstein did not return any comments on the activities. Einstein’s website was not accessible as of 21:00 UTC.

The BCSC committee has given the Einstein Exchange and has appointed the accounting company Grant Thornton LLP with its headquarters based out in Chicago, the USA as the main receiver and controller of exchanges’ assets and properties.

The BCSC committee received numerous complaints from the users of Einstein exchange about not being able to withdraw their holds and not able to view the portfolio on Einstein platform and to this a lawyer representing the Einstein firm told in the court that the company is planning to be shut down due to not making or reaching profits as of October 31st and couldn’t further maintain the assets and holdings of the Company. Michael Goturk has not made any comments in any of his profiles online or in any public appearance and maintaining the silence yet.

This is considered the second company in a year to be brought down the hole after not being able to maintain itself. Earlier this year another crypto firm named QuadrigaCX collapsed after its CEO, Gerald Cotten died of Crohn’s disease who had the sole control of the entire company and its assets which left its users devasted.

The firm has recovered $35 million from third-party payers and also managed to acquire from Cotten’s estates and holdings, but according to the Law firm, Quadrigo still needs to return another $200 million to its 115,000 users.