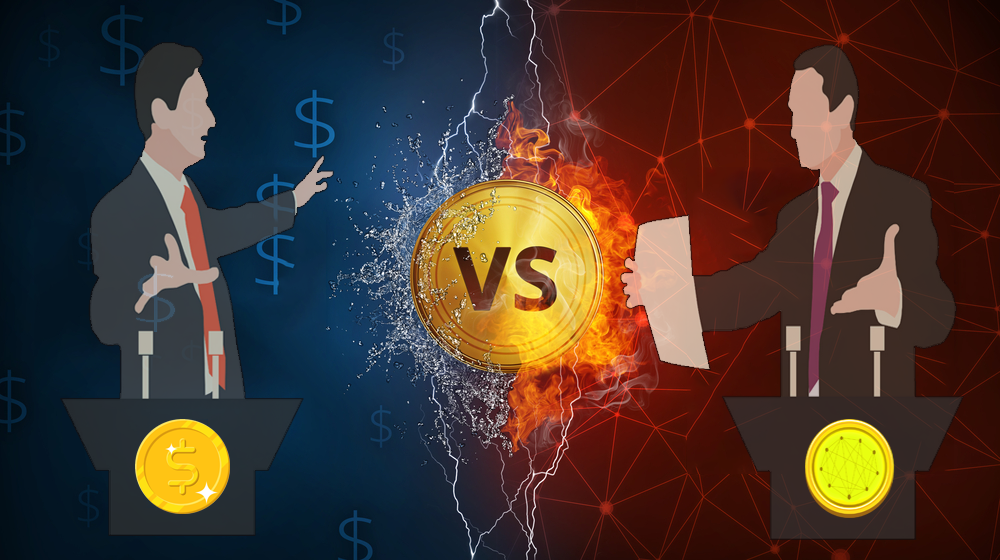 With the ongoing Debate on Facebook’s plans for cryptocurrency Libra and the recent fiasco of a debate between BitMEX and an American economist, a question has been looming in the minds of all those who have been following these debates closely. This question is whether these debates trigger ugly consequences for the cryptocurrency exchange giants involved in them.

This question does not arise without evidence. There are two major examples where public debates have caused a huge backlash for the cryptocurrency exchange.

The first one of these is a year old. In July 2018, Reason and The Soho FORUM hosted an Oxford-style debate between Erik Voorhees, the CEO of ShapeShift, and Peter Schiff, CEO and chief global strategist of EuroPacific Capital. Voorhees won this debate on the future of cryptocurrency and whether cryptocurrencies will eventually replace the government’s fiat money as people’s preferred medium of exchange because he was successful in gaining more ground by changing the mind of 15 percent attendees. Through this debate, Voorhees’ views were brought into limelight and attracted a lot of attention, not all of which was positive.

In September 2018, the Wall Street Journal published an article that ‘exposed’ ShapeShift and alleged that it had facilitated the laundering of 9 million dollars through cryptocurrencies. Erik Voorhees had to counter the claims of WSJ and he referred to the expose as being ‘factually inaccurate and deceptive’. His counterclaim was not sufficient and he requested CipherBlade to undertake an extensive analysis of the Wall Street Journal investigation. CipherBlade conducted a tedious analysis and concluded that WSJ exaggerated the laundering claim. Changes were however made to the Know Your Customer (KYC) policy of Shapeshift eventually to increase security and reduce the risk of laundering of money.

The second case is fresh and happened in July 2019. On the 3rd of July, 2019 a heated debate hailed as ‘Tangle in Taipei’ took place between (Seychelles based cryptocurrency exchange) BitMEX CEO Arthur Hayes and an American economist (and well-known critic of cryptocurrencies) Nouriel Roubini. BitMEX had forbidden the recording and streaming of this debate. Roubini raised a concern about whether U.S residents were using VPN and breaking the law by trading on BitMEX. This caught the attention of US Commodity Futures Trading Commission (CFTC) and it opened an investigation into the same.

The scant policing, untraceable funds, anonymous transactions and the policy of not identifying customers followed by some cryptocurrency exchanges already throws shade on cryptocurrency transactions. This coupled with a lack of proper knowledge on the workings of the blockchain system by the people attracts distrust.

However, when informed economists counter cryptocurrency giants, the law and governments get involved and it seems as though the cryptocurrency exchanges invite trouble by involving themselves in such debates.