Bearish Correction in Cryptocurrency Market: Cardano, Ontology and VeChain drops by 40 to 50% 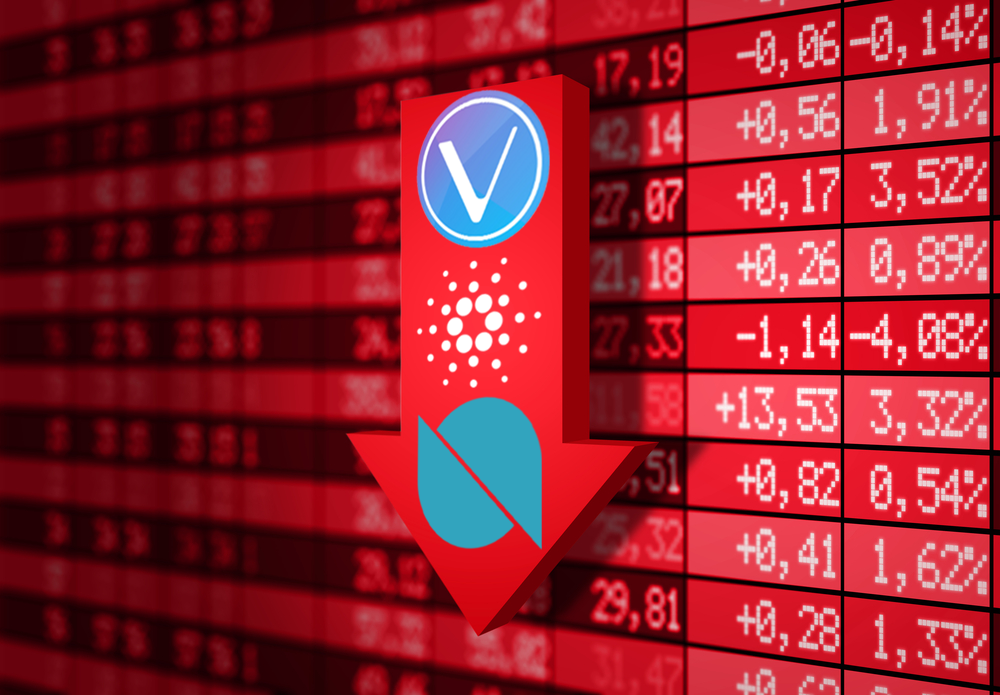 Since the high values of 26th June, the cryptocurrency market has got over $100 billion has quitted the total worldwide Market Capitalization. 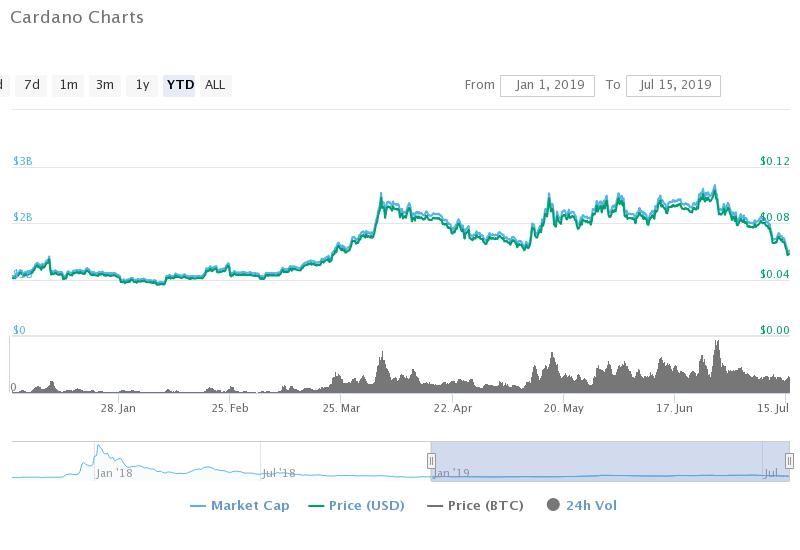 In the previous three months, ADA value has almost got doubled and the launch of Cardano’s first staking test was the exciting news for the investors and non-investors. These are all who wait for a long time to reap profit from Cardano. The news assisted Cardano value to surge almost around 25% in the days leading up to June 26th high, but the gains could not be remains for long. Since then, the price of Cardano has decreased from $0.106910 to the value of $0.060580, making it decrease of value by 43%. Today, the value of Cardano has decreased even more. 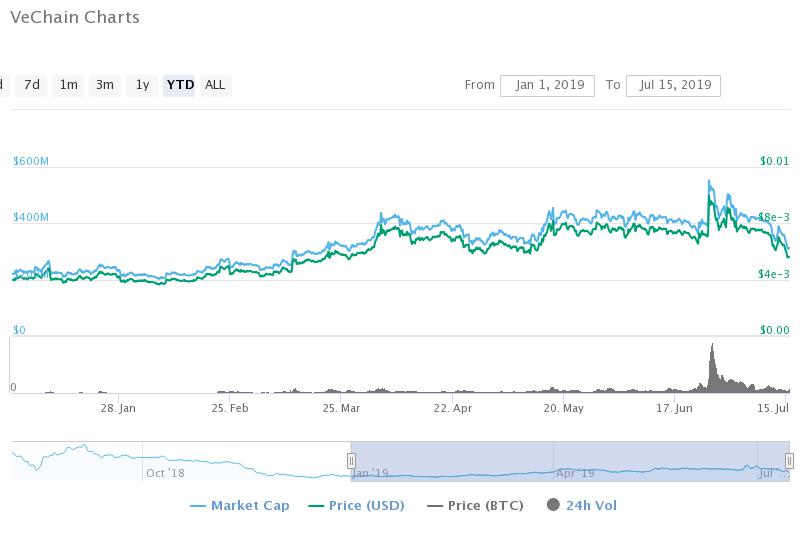 The recent loss in the cryptocurrency market has also affected the chain value. The currency has collaborated with Walmart China, which then caused a surge in its value. The currency’s value has surged around 25% in June when the news of VET collaborating with Walmart came out. Yet the currency’s value got a decrease in the course of 18 days and from the high of $0.010624, the value decreased to the value of $0.005632 at the present time trading value. The VET value has registered the loss of around 46% in the course of 3 weeks. 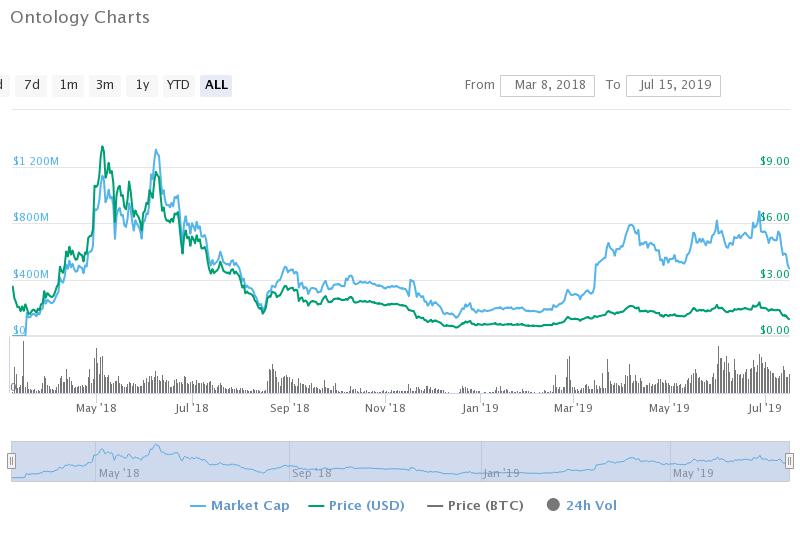 The currency was increasing since the starting of the year and in the previous quarter, the value of the coin was almost doubling its value, but there is no bullish movement in the currency’s value since a previous couple of months that concrete anything in the value. Since the high of June 26th, the Ontology’s value has decreased from $1.85 to $0.920239. The total value decreased of the currency is around 50.25%.

At the beginning of this year 2019, the currency was going great and crossed its previous parent chain that is NEO (NEO) in the ranking of market capitalization. But Ontology has decreased back to 26th and NEO is holding its place at 17th.

Conclusion: These three altcoins is waiting for an opportunity for some bullish movement. These currencies were an earlier better performer in the market could not be able to handle their stableness in the values. The experts are hoping the same fate for the Chainlink (LINK), which has decreased by 38%. On the other hand, Bitcoin has dropped by 50%.

Bearish Correction in Cryptocurrency Market: Cardano, Ontology and VeChain drops by 40 to 50%