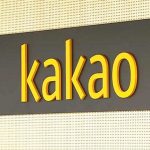 The Blockchain industry has started gaining its popularity amongst the community worldwide. It’s not because of it’s a new age technology, however, the blockchain use cases have multiple usages in place that one can use it in numerous ways. South Korea based mobile messaging giant Kakao’s blockchain subsidiary – Ground X launched a testnet version of its proprietary platform Kaytn.

What does Bitcoin Mean? You Should Kn…
Bluehost Review-Best Choice by Many W…
Furiosity Thrilled the Cat: Questions…
Lorenzo Lotto & The Iconic Lotto Carp…
Hunting the Hunters

With the formal announcement in place, the company is expected to present a positioned paper elaborating the business models of Klaytn and its entire technical architecture demonstrating its official homepage that may attract users to join the platform. Ground X aims to allow end users to leverage the blockchain platform and that’s how it has been designed by Klaytn. In order to make the application better, private keys, and cryptograph addresses have been eliminated to increase user access.

The new application has a variety of features namely high speed and performance in order to retain the decentralized apps. On the technical aspects front, the block interval that takes some time in order to trade with cryptocurrencies have been reduced, e.g. it takes an hour for Bitcoin and a couple of minutes for Ethereum that have been reduced to more than one second while executing almost 1500 transactions every second. Besides making application user-friendly, it assists developers by providing certain educational materials and toolkits helps run a blockchain based application.

Further speaking to the subject matter, Jason Han, Ground X CEO said in his statement that “The popularization of blockchain requires providing a practical blockchain service for mass adoption thereby validating the value and utility of blockchain technology. To achieve this, Ground X has designed Klaytn that can provide an easy and friendly environment for end users, service providers and developers all at the same time.”

Likewise other application available in the market through the use of blockchain use case, Klaytn Wallet helps users to attain shelter while transferring their tokens built on Klaytn. With this, KlaytnScope helps users analyze all those activities namely block creation, transaction execution. Additionally, BLASQ, one of the incentivized blockchain co-work community where users can exchange questions and answers are rewarded through tokens.

On the geographic access point front, Klaytn testnet is available to access almost 10 partners located in Korea across the globe. The users can easily sign up on the official Klaytn website in order to get connected.

As per the company source, the mainnet blockchain network is expected to introduce in the first quarter next year.

Ground X is expected to arrange the formal meet up with developers based in San Francisco and Silicon Valley, and service providers during the San Francisco Blockchain in the coming week!!