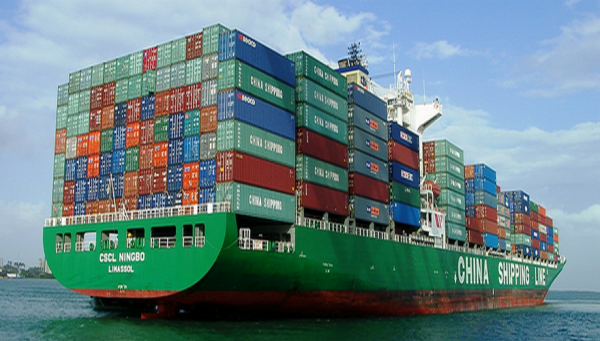 The conference with the theme, “ Port Costs and Ports Charges: A Recurring Decimal under Port Reform Regime”, was held in honour of Dr. Taiwo Afolabi, Group Executive and Vice Chairman, SIFAX Terminal.

The Chairman, Nigerian Ports Consultative Council (PCC), Chief Kunle Folarin, who is also a maritime economist, said Nigerian dominance was far from the formal trade alone and would certainly be bigger if “we consider the informal trade aspects of cargo movements’’.

He said that ships’ traffic into Nigeria by latest data was over 5,307 units per annum.

“The potential is certainly bigger when we consider the capacity of cargo traffic to Nigeria’s landlocked neighbours such as Niger Republic and Chad.

“In the real terms, over 85 per cent by value of all the goods and services that entered Nigeria came through the seaports.

“It is therefore, no doubt that the maritime sector’s performance is indeed a major contributor to the economy and must be given attention when discussing port costs and port charges.’’

He recalled that the available port infrastructure in the 1970s could not handle more than 12 vessels at a time in Apapa Port Complex, which resulted to long queue of ships waiting to berth.

Folarin said that in 1970, ship owners incurred huge running cost and this led to demurrage as a result of penalties put in place by the chartered parties.

He said that the port cost and charges reform policy of the Federal Government started in 1993 by the ministry of Finance apparently to address the issue of rising costs in the delivery of port services and several others.

The PCC boss said port concession system started in 2006 by transferring operations of public sector activities to private sector to improve productivity and achieve competiveness at the ports.

He said that there was need for port industry to be truly productive, competitive and earn a hub status in the region, adding that otherwise, Nigerian ports would continue to perform at best a little above average.

In a keynote, Afolabi, who was represented by his daughter, Miss Mariam Afolabi, noted that the current exchange rate of Naira to dollar was making port activities more expensive.

“Many of the obligations of terminal operators are expected to be discharged in dollars and how much naira will be enough today to purchase the required dollars , ” he asked.

“So many questions are seeking answers. These are matters of immediate and practical concerns to every Nigerian and the regulatory authorities,” Afolabi said.

In his remarks, a former Managing Director of the Nigerian Ports Authority (NPA), Chief Adebayo Sarumi, said that government should not run port operations which he explained was indeed a business for the private sector.

Sarumi said that ports concession was a business venture that concerned both the consumers and the producers of shipping services.

“Up to the time I returned to NPA in 2003, NPA was using the tariffs that we got from Price Income and Productivity Board, approved in 1993.

“It was so surprising to see that a tariff of 1993 was still being used in 2004. There is no way you could do that business gainfully.

“What suffered was the quality of service NPA was giving. Low turnaround of ships and shallow channels,” Sarumi said.

He, however, urged government to ensure that ports infrastructure were in good shape.