U.S. independent Refiners are expected to roll out lower than expected first-quarter profits after a spate of outages, weak gasoline margins and a surge in the price of Canadian oil, according to analysts.

Major independent refiners cut production dramatically during the quarter, with some electing to undergo maintenance rather than produce barrels at a time when gasoline margins slumped.

However, reduced refining output in the early part of the year sets up the industry for a potential rebound as the critical summer months approach. With gasoline stockpiles at a four-year low on a seasonal basis, margins have rebounded in anticipation of driving season.

U.S. refinery utilization dropped to 87.5 percent in early April, the lowest seasonally since 2014. Refiners had been running full-tilt for much of 2018, encouraged by strong demand for distillates. But in the process, they overproduced gasoline, tanking margins for the fuel along the way. 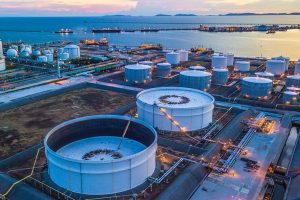