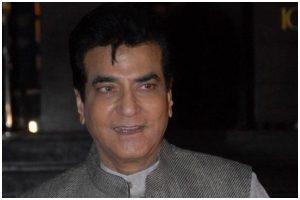 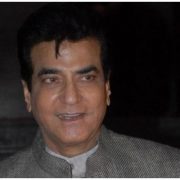 Bollywood’s Veteran Actor Jeetendra is accused of sexual abuse and FIR is filed by his cousin for the incident happened 47 years ago.

After opening can of worms against Hollywood’s biggest name Harvey Weinstein with more than 50 cases charged against him for sex scandal, the list is still on with women revealing many big and powerful names in charge of sexual misconduct and harassment. Recently, Sports illustrated super model Kate Upton accused international brand Guess’ co-founder Paul Marciano for sexual harassment of women at work.

Also Read: Salma Hayek Says Harvey Weinstein is ‘My Monster too’ and Threatened To Kill Me

This came in as a shocking news when a renowned Bollywood actor’s name surfaced against sexual abuse in the wake of #MeToo incident. Veteran Bollywood actor Jeetendra, 75, was on Wednesday accused of sexually harassing his cousin, who has come forward and spoke about the incident happened, while she was just 18 years old.

Fir has been filed against Jeetendra(real name Ravi Kapoor) and the victim is known to be Jeetendra’s maternal uncle’s daughter. The victim belongs to Himachal Pradesh and a police complaint is filed with Himachal Pradesh’s Director General of Police.

Here is the copy of the FIR filed against Jeetendra for sexual abuse: 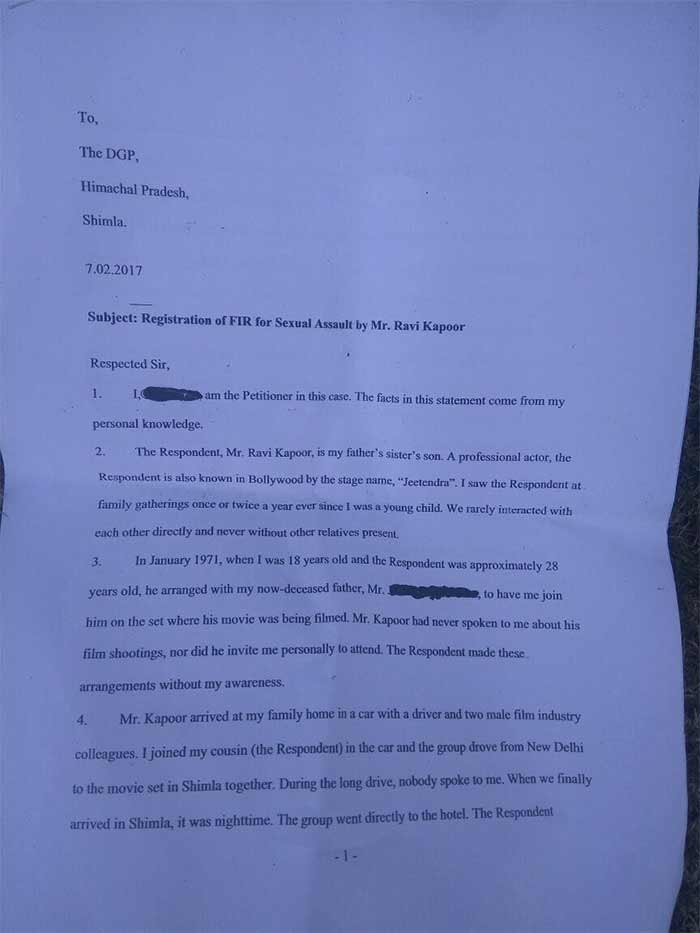 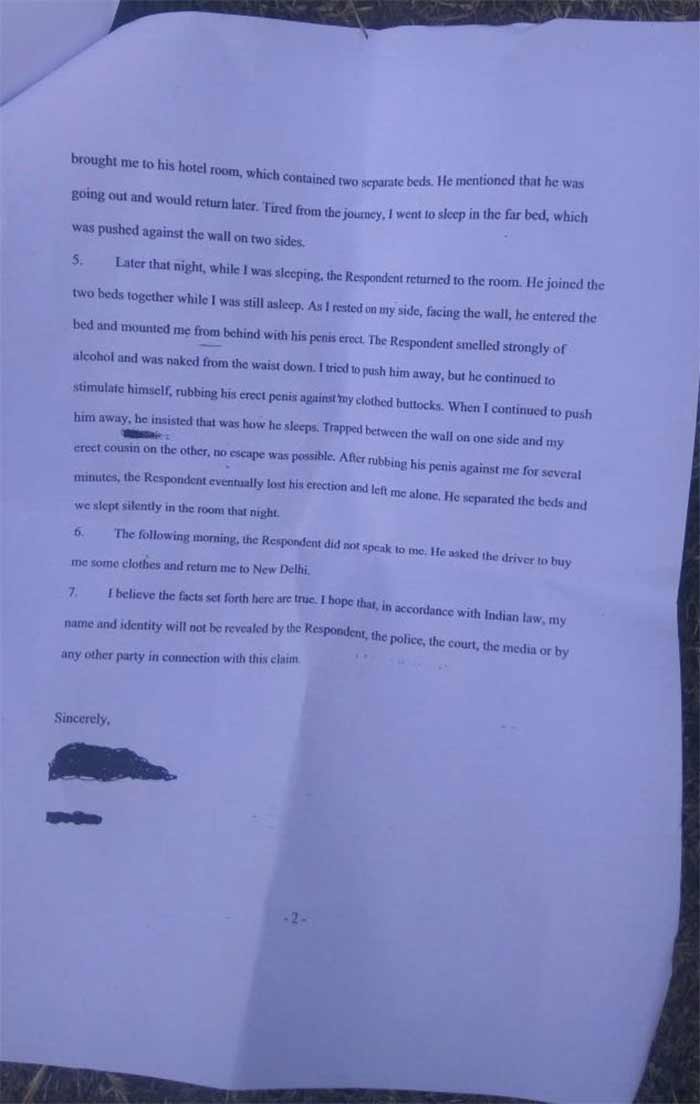 The complaint against Jeetendra is filed on 7th Feb. At the time of incident, the victim was 18 years old and Jeetendra was 28, then. The victim claims that the incident happened back in January 1971.

Following the compaint, Jeetendra has denied all the allegations and a statement is been issued by his advocate Rizwan Siddiquee,“..Such baseless, ridiculous and fabricated claims cannot be entertained by any Court of law or the law enforcement agencies after a span of almost 50 years. The Statute has provided a justice delivery system through the Courts, and the Limitation Act 1963 was specifically enacted to ensure that all genuine complaints are made within a maximum time limit of three years, so that a proper investigation is carried out and timely justice is delivered.”

Adding further, “..the timing of this baseless complaint seems to be nothing but a miserable effort made by a jealous competitor to disrupt the business activities of my client and his esteemed company,”

The post FIR Filed Against Veteran Actor Jeetendra For Sexual Assault By His Cousin, Actor Reacts appeared first on Eventznu.com.