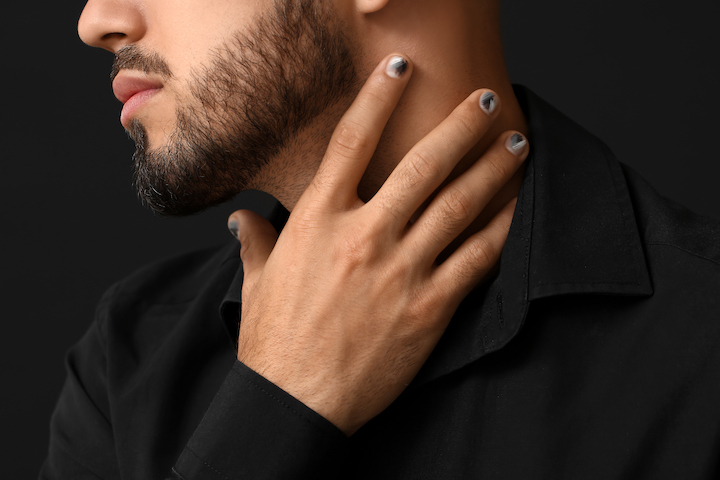 The concept of Nail art in men is not new. It started a few decades ago with men flaunting their polished nails confidently, which is also why you can find many of them who have premium manicure sets for men in their collection.

Rockstar legends like Kurt Cobain, Steven Tyler, and David Bowie already sported this style several decades ago. Since then, they seemed to understand gender neutrality better as far as Nail Art and nail polish are concerned.

Note, though, that even when it was already part of the grooming statistics for men, nail art in men has become even more rampant and prominent only around a couple of years ago, specifically around 2019.

Before, those who decided to sport it would be satisfied with a plain and straightforward monochromatic polish; today, you can find men’s polish and manicures that are becoming more extravagant. It could be in the form of more colors (either brighter or darker ones), bolder embellishments, or more details.

If you are one of those men interested in sporting excellent nail art, you may want to start by eating foods to boost hair and nail growth. Biotin has numerous benefits in that area, so you should consider taking in significant sources of this nutrient.

By doing that, your nail will thrive, assuring you that your chosen nail art will also look great.

If this is your first time trying nail art, you may consider using plain black nail polish. It is a classic look that also appears a bit goth. It is a great way for you to enter the world of men’s nail art and manicures.

Harry Styles, for instance, who is known to express himself through nail art, frequently wears black polish, making it a part of the mismatched manicures he is using. Many men also like black polish as it exudes power, creativity, and mystery.

You can also design your nails with a smiley. Using the world’s best nail clippers, you can groom and trim your nails, then style at least one of them with smiley faces. You may have also seen Harry Styles wearing this on his nails. You can choose to polish just one nail with it.

This means adding a happy face in the shade of bold bright yellow to one of your nails and then keeping the remaining ones simple. This design may be sparse, but it is easy, especially for first-timers, since it only often needs two colors.

Do you love pink? Then note that you can also add this shade pops onto your nail. Note that candy-colored and pastel shades, like pink, are not only for women. This color also looks beautiful on men. Adding pops of pink to your nail can help create a delightful masculine/feminine contrast that will look good on you.

Just don’t forget to use the best hand lotion for men so you can keep your skin moisturized, further enhancing the look of your nail design.

You can also give the flame design a try. It is a trending male nail design because even if it is only simple, it can bring out the heat in your personality. It can make you look more masculine and powerful.

If you are still hesitant to try nail art for men, here are the celebrities who sport this style confidently that you may seek inspiration from. 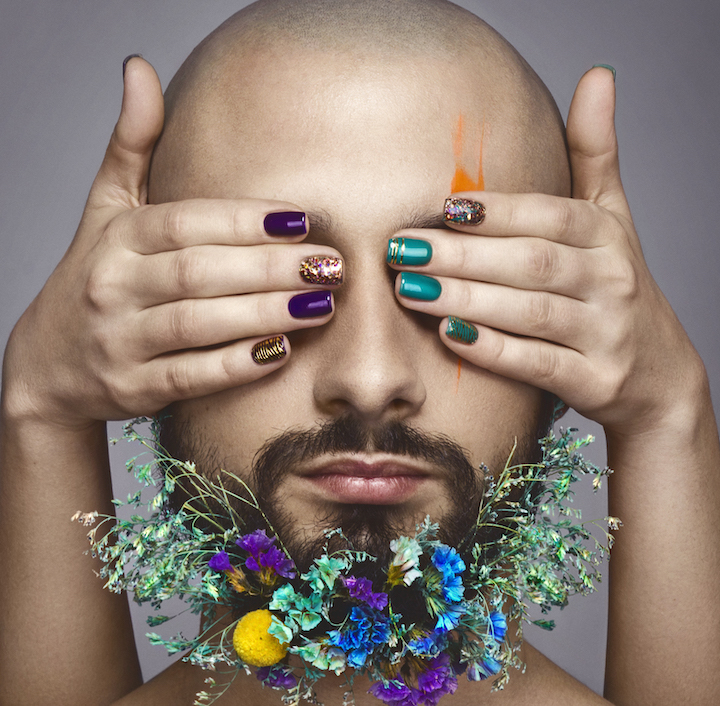 If you decide to give it a go, ensure that you keep your toiletries organized and your other grooming tools, especially once your nail polish collection starts to increase.

Teal nails were among the signature look of David Bowie, especially during the early parts of the 70s when he was still in his Ziggy Stardust era. His teal-colored nail was a hit as it also seemed to deliver a nice contrast to his mullet, which also had a flame-like shade.

Freddy Mercury was also seen constantly wearing black nail polish. It was from the early 70s to the middle of it, specifically during the glam rock era of the Queen. One thing that everyone noticed about Freddie is that he only painted his left fingernails black.

This is because he was right-handed, so he decided to do the painting only with his left hand.

Kurt Cobain was one of the few celebrities who popularized nail art in men. He was seen sporting chipped red nail polish often.

Rocky is one of those men who know exactly how to wear the right nail polish and bring out fun styles and design to it. You can’t expect him to pick one random color.

He is fond of using nail art, which is why you can see him frequently adding unique decals to his nails. Among the nail arts already seen in him are flames, testing logos, hearts, and American flags.

After parting from One Direction, Harry Styles started to become known as a stylish artist who sported outfits and accessories that were known as feminine traditionally. This is a good thing as it shows that people, regardless of gender, are free to choose whatever style they want.

The first time people saw Styles with nail polish was during his video for “Watermelon Sugar.” There, he had a Skittles-inspired polish with alternating shades of light blue and hot pink. He was also seen with fun and playful adornments for his nails, including smileys, kiwis, and cherries.

Lil Nas X began sporting nail art after the successful “Old Town Road.” He was even seen wearing white nail polish a couple of years ago that matched the off-white suit he wore at the Vogue Fashion Fund Awards.

His nail art also became costlier and more extravagant as his profile increased, which is his way of expressing himself and encouraging his fans to do the same.

Is it still strange for men to wear nail polish?

No, it is now normal for men to wear nail polish. They can have the nail art they want. Male rockstars and high-profile musicians can also wear one. The same is true for male celebrities who wish to express themselves through nail art.

You can liken it to the fact that you can now also use chapstick to protect your lips regardless of gender. It is no longer limited to women.

Does it mean something when men wear nail polish?

It depends on the person wearing it. In most cases, men wear nail polish just to express themselves. Some men also wear nail art because it makes them feel and look good. Some even consider this art as a sign of manliness.

If you are one of them, make sure that you are aware of some grooming mistakes to avoid so you can stay away from those that may affect the final look of your nail art.

What color is most popular for men’s nail polish?

What nail polish brand is best for men?

Several nail polish brands work for men, but one of the most popular at present is Gucci. It has this nail polish known to be effective in smoothing out natural ridges and flaws on the surface of your nails.

With that, you will surely be able to display the look you want for your nails. Chanel, Hermes, Dior, and Revlon have various nail polish colors.

How can men make their nails look better?

Nail art will look good on any man. It is no longer just limited to women. However, note that you also need to do something to make your nails look better, aside from just putting your desired nail art. One thing that you should do is groom your nails regularly.

It should be like when applying your preferred body hair removal methods that you have to do regularly. Grooming your nails should be trimming and regularly cutting to ensure that ingrown nails will not form.

Shaping and smoothing your nails should also form part of your grooming routine. You can do that by filing your nails to create smooth borders. Also, make it a point to trim and shape your nails straight across and ensure that it does not have a triangular or rounded shape.

That way, it can prevent breakage. If you have cuticles prone to fraying, make it a point to put on some coconut oil right after each trimming session.