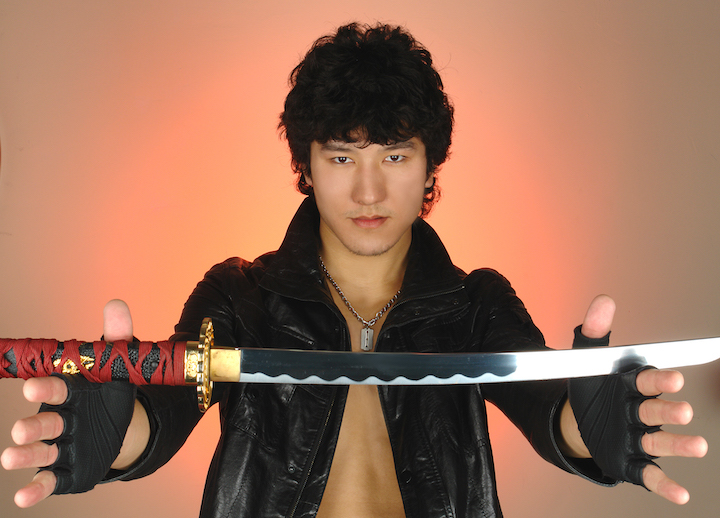 Creating a tough warrior-like look may prompt you to try some Samurai hairstyles. However, many of the Japanese-inspired hairstyles we see today have been modernized and are perceived by most as man buns, hipster hair, or bro buns. Although similar, Samurai hairstyles are very different and still embed the warrior spirit within them as they did back in 794 AD.

The Samurai of old age was a very fashionable bunch. They tied their long hair in a manner that helped them move the hair out of the way while fighting. At the same time, the styles they had were quite fashionable. Even though contemporary men don’t need to go into a fight with a katana at their side, they do want to look good, and Samurai’s hair is an option to consider.

If you are looking for hairstyles for men with straight hair, you should look no further than Samurai hairstyles. And we have all you need to get the style strictly as required and not have it resemble a simple man bun that most have today.

There are a few ways to define a Samurai hairstyle. Most of them draw inspiration from the warrior styles that the Samurai used to wear back in the day, not due to fashion but for comfort while fighting. However, most of them came out quite fashionable, particularly if you add the most popular Japanese beards to go along with them.

The idea of a Samurai haircut includes a clean-shaven top within the scalp area combined with long hair tied into a ponytail. The ponytail is then folded into a knot chonmage on the shaven area. The idea behind this style was to help the helmet stay still and make wearing one more comfortable.

Today, many modern forms of Samurai buns come in either a semi-bun or a full bun. But each haircut has its distinction, which you can see on the sides. People opt for usually longer hair but are no strangers to adding shorter styles.

Several Samurai hairstyles look interesting for a modern man. If you want to choose some popular bun braids for men, you might be able to find suitable solutions right here.

To get a Samurai bun, you don’t have to shave the entirety of your scalp; you can still keep some of the hair and make it look exceptional. Compared to some modern versions of the man bun, this one sits a bit further to the top, with the grown-out sides giving some lift to it. A goatee will complement this one perfectly.

A top knot is one of the most famous Japanese styles to date. The ones you see today are somewhat changed compared to the traditional chonmage hairstyles of old. But to emphasize the top knot, even more, a fade on the sides is an excellent move.

A ponytail with an undercut is one of the most traditional Japanese hairstyles you can imagine. The overall silhouette is something from a Samurai movie, but combining a long ponytail with the short sides makes the style even more attractive. One should utilize the help of the world’s best razors for head shaving for this one.

Slick-back hair is perfect for people with long black hair and pairs even better with a suitable Samurai hairstyle. You are creating an authentic Samurai silhouette and a very tidy and sleek look. It is a very convenient and minimalistic hairstyle but be sure to apply some premium hair tonics to maintain the hair.

This one is entirely the opposite of the previous one. Even though it has some similarities with the sleek hair, this one has a messy bun that falls to the back. Not every strand of hair has to be tied; some can even be allowed to let loose, making for a highly carefree and cool style.

Combining an Asian hairstyle with braids is something you rarely see but can look exceptionally well if styled correctly. The man braid is an extension of the man bun, so why not have a samurai braided bun?

You also have two options here: to tie the braids into a bun, but you can also let them loose and allow them to fall on the sides of your face. But if you add a beard, consider some beard soaps for any beard type to make it strong, the same as the hair.

When you look at this Half Up Asian style, you might also picture Henry Cavill from the Witcher. But the truth is that Cavill’s style draws origin from Samurai hairstyles. The knot on the top is a unique addition and the hair looks even better with the beard.

The Samurai hairstyle history dates back to 794 AD, when the Samurai class of warriors was established in Japan. It was an age when feudalism was a ruling governing body of Japan. During those days, warriors of the period lived by a specific code called the Bushido code.

The code made them very loyal and besides being armed with katana swords, they were also skilled combatants in all accounts. This is where the primary origin of the Samurai hairstyle stems from. Its main purpose of it is functionality while fighting. The idea was to get the hair out of the way while making slashing and stabbing motions with weapons.

But, the hairstyle was also very useful to Samurai warriors as it did not require much maintenance or grooming. Growing and styling Asian beards were not as important back then as now because most of them decided to shave the mustache and beards off.

Today, many celebrities have popularized this look, making it a sought hairstyle among the youth. Even though not precisely the same as what Samurai used to wear, a little bit modernized, the hairdo has made a boom worldwide, not just in Asia.

Samurai hair usually inspires dignity and distinctiveness within the person wearing it. It should also breed simplicity since the ancient Samurai warriors didn’t have time to do their hair, so they went for this style.

The most notable part that characterizes a Samurai hairstyle is the bun. Today, many confuse it with a man bun, but it is an entity on its own. Samurai valued simplicity and functionality, which is why they invented this hairstyle.

The only thing that mattered to them was that it made it easier for them to wear their helmet but also helped them get the hair out of the way so they could slice and dice without problems. Today, people don’t need it for that, but it does look cool and is a stylish piece of hair. A lot of people use the best supplements for strong hair to help it look stronger and so they can create an even better style.

Creating a Samurai hairstyle is relatively easy. If you are going for a simple solution without fades or undercuts, you are only required to prepare a tie and off to the races.

You can start by: 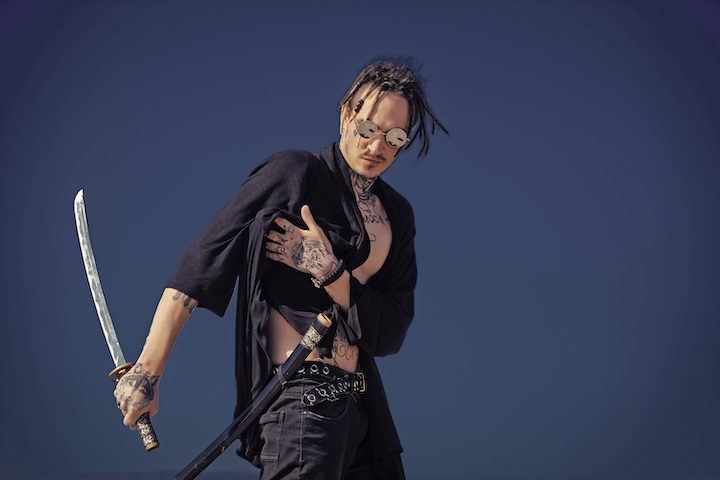 Samurai rarely had any beards, so that you can consider a close shave with no cuts and irritation with a good razor. Or, if you still prefer facial hair, grow a suitable stubble or a small goatee.

The reason for shaving their heads in the manner that they did was to allow for the helmet to fit as comfortably as possible during battle. They also used the excess hair to create padding.

Did Samurai have beards?

Not necessarily, but a lot of them did have beards. Some of them had goatees and others had stubble. But they usually didn’t have long beards.

Why did Samurai have long hair?

The Samurai needed long hair to style their hair on top of their head and keep the helmet steady. Later, this became a status symbol among Japanese people at the time.

What is the traditional Samurai hairstyle called?

The traditional name for a Samurai hairstyle is chonmage, a top knot hairstyle worn by men of the age.

Not really; thinning hair is hard to grow long and to tie it up with a tie or into a knot will only damage it further. So it is better to avoid this hairstyle and consider stopping hair loss with DHT blockers.