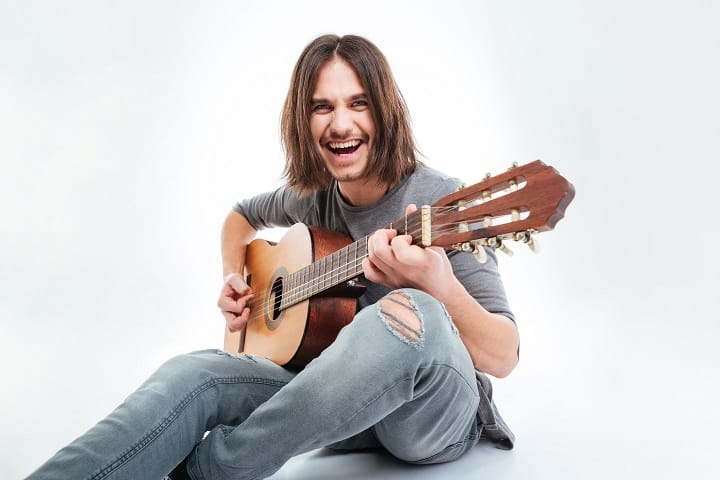 The 90s was when Grunge music and fashion became “in.” This decade saw a plethora of great hairstyles influenced by the pop and music culture of the time, including heartthrob, mullet, curtains, etc.

90s hairstyles for men were unique and bold and were sported by the 1990s pop stars, hip-hop artists and Hollywood celebrities like Kurt Cobain, Leonardo DiCaprio, etc.

Grunge hairstyles are effortless to achieve and low maintenance, which means you can roll out of your bed with messy hair and still look great.

What Is It and Short History

Grunge is a music and fashion style that started in the 1980s in Seattle, Washington. The word “grunge” is generally used to describe something offensive or dirty and this genre became representative of the trends that existed till the end of the 20th century.

Rock musicians were not well off to record music in a recording studio and often increased the volume, recording “dirty” music.

Grunge music was unconventional and gritty and combined punk rock and heavy metal, using drums and the electric guitar with heavy bass. The song lyrics were generally dark, subdued and introspective.

Some of the notable celebrities of the grunge era included Nirvana (aka Kurt Cobain), Pearl Jam, Soundgarden, Smashing Pumpkins, Radiohead, etc. and from being a subculture, grunge turned mainstream by the early 90s.

By the end of the 90s, grunge music came to an end when many bands disbanded and stopped making albums. And the death of Kurt Cobain in 1994 ultimately ended the grunge movement.

The grunge style that evolved in the 80s and 90s was when fans began to imitate the clothes and hairstyles sported by their music idols.

The beginning of the era saw more of the 80s neon punk styles, but later it moved towards a darker, on-the-fringe style such as black clothes, face and body piercings, fishnets, tattoos, mohawks, leather jackets, studded belts, chains and cut-off sleeves. 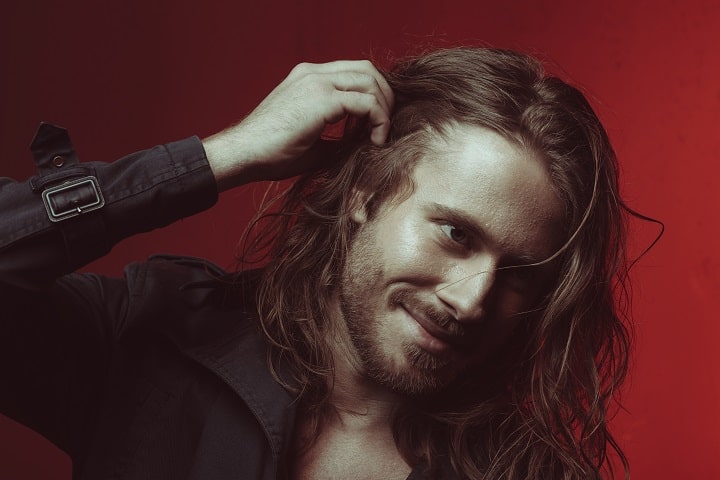 Grow your hair out several inches at least to style it using your fingers.

Some of the coolest grunge styles include bleached hairstyles for men, which you can achieve by using the world’s best hair dye.

Step 3 – Use the right  products

Use the right styling products to maintain your grunge style.

To achieve an overgrown grunge hairstyle, maintain the hair long on the top and short on the sides. Create a disconnected length and finish the look with some powerful wax to add texture and movement.

Use premium conditioner for men to soften the hair and encourage hair growth and prevent baldness; you can use hair supplements and natural DHT blockers.

Use a pointcut to provide more separation, texture and movement to your hair. And, when you use styling products like Vaseline hair tonic, the hair will look nice and texturized.

Look For Inspiration in the 90s Rockstars

Take inspiration from the 90s rockstars, Kurt Cobain for a long, texturized hairstyle or an Afro haircut like Snoop Dogg, spiky hair of the Backstreet Boys or the taper fade buzz cut popularized by Jay-Z.

Sea Salt Spray Is Your Friend

Sea salt sprays are your best friend when you’re trying to add texture and volume to your hair, giving your hair a natural, messy look. 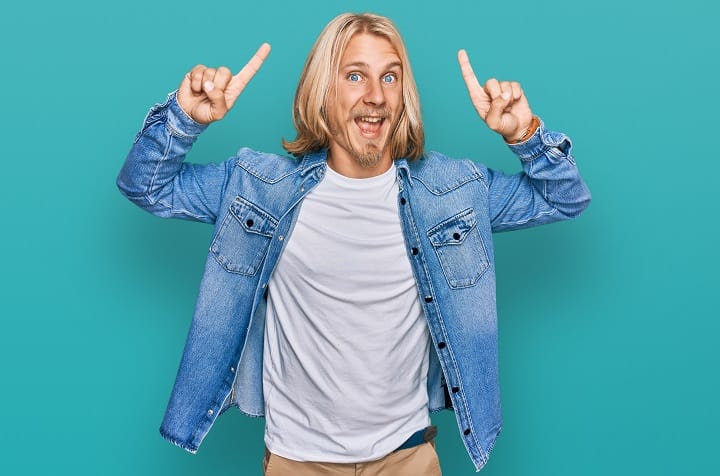 Avoid products that make your hair greasy, glossy and polished and gels that give your hair a shiny finish. Use products that offer a matte look. Layer the product for a natural look and offers separation, allowing you to create shapes for a grungier hairstyle.

Which male celebrities have a grunge hairstyle?

How do you do Kurt Cobain’s hairstyle?

You need to grow your hair a bit for a Kurt Cobain hairstyle. Get a layered haircut with long bangs and create messy waves.

Were mullets popular in the 90s?

The mullet with short front and side and longer hair at the back was a popular style of the 90s.

How did grunge start?

Grunge emerged in the 1980s and the term described the bands like Pearl Jam, Nirvana, etc., that was a bridge between the heavy metal of the 80s, alternative post-punk rock and hard rock.

Is grunge style coming back?

Yes, the grunge style is making a comeback.

So, if you’ve always been a huge Kurt Cobain fan and want to rock the grunge look that the rockstar popularized, you can choose a style that you like best and watch the ladies around you swoon!