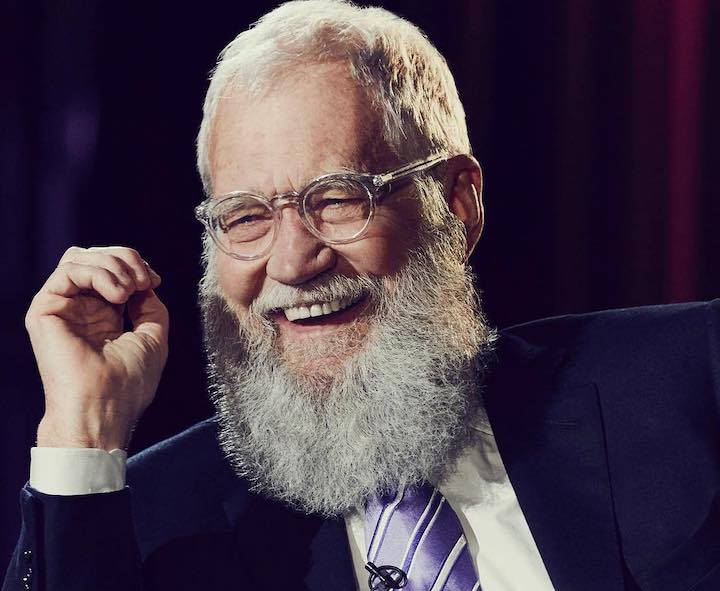 David has always been a marvel of excellence and dignity. Ever since he made his debut in 1982, he made the audience laugh, made them feel good about themselves, and entertained them with various celebrities that were a part of his shows.

David Letterman does not resemble the person you remember from all those years ago at his late age. He is still that remarkable human being that we all know and love; it is just his appearance that has taken a turn.

He added some facial hair to suit his age. He is in his 70s; a nice old grandpa Beard suits him. He must be using a natural beard shampoo to tame it, but there are different types of styles that he sports from time to time.

Let’s see how good David Letterman looks with his beard.

Early Life and Rise to Fame

David Letterman is an Indianapolis native who was born in 1947. He is the middle child in a family of three children as he has both an older and a younger sister. Letterman went to the  Broad Ripple High School and later finished the Ball State University in Muncie, Indiana.

He describes himself as an average student but was able to start his broadcasting career while still a student at the WBST student-run radio station.

Unfortunately, he was fired from his first broadcasting job but didn’t have problems finding another. After his graduation, he found a job at the local WNTS station, where he worked as an anchor and a weatherman.

However, his move to Los Angeles, where he went to become a comedy writer, had the most impact on his career.

As a boy, David enjoyed listening to his father telling jokes and always being the party’s life. Unfortunately, he lost his father due to a second heart attack, but the dream of becoming a comedy show host one day was day embedded in him.

While in LA, Letterman initially joined The Comedy Store, where he was spotted and hired to write jokes for  Jimmie Walker. He soon after became a regular writer for several shows and acted as a host for a few of them. But he was spotted by Johnny Carson and became a frequent guest at The Tonight Show Starring Johnny Carson, which propelled his career. 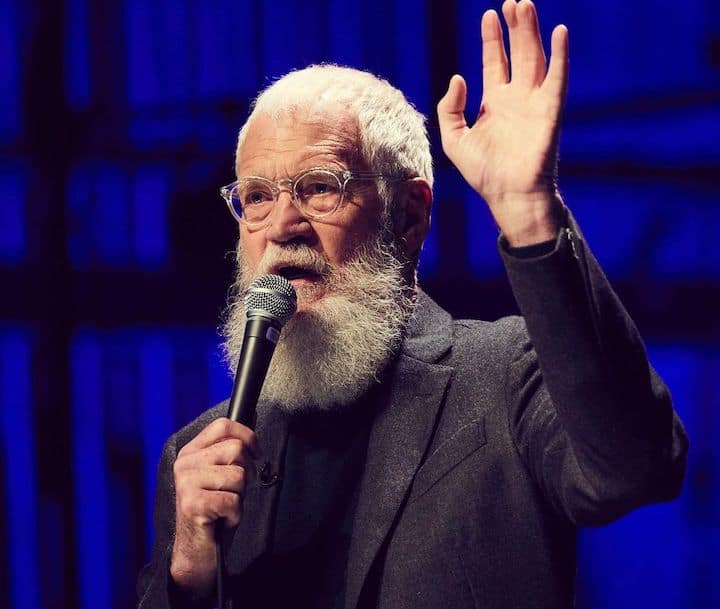 In 1980, David started his show, dubbed The David Letterman Show, which aired on NBC. The show was an immediate success and even won two Emmy Awards. However, it was canceled due to low ratings.

Nevertheless, Letterman bounced back in 1982 with his Late Night with David Letterman, with his initial guest being the famed Bill Murray. The show had a lot of success and David hosted it until 1993, when Letterman stepped away and allowed his friend Conan O’Brien to take over.

After Letterman departed NBC to join CBS, he started his late-night show called The Late Show with David Letterman. David went on to earn many accolades and win a variety of awards for his show, from which he retired in 2014.

With a 33-year-long late show host career, David has undoubtedly had a lot to say. So much in fact, that there are a lot of sayings and quotes that echo from throughout his career.

Some of the most memorable of them are:

David Letterman is a great late-night show host indeed. But we are here to marvel at his beard. The once swabbed and well-groomed host has turned into a hairy beast. He sports some different full beard styles throughout his late years, which do agree with his age. Here are the choices he usually goes with: 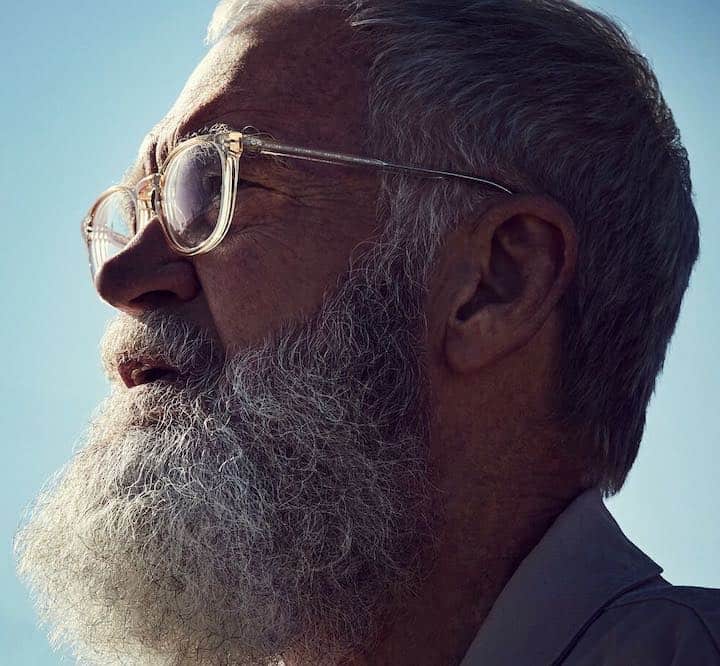 A full round beard that David Letterman sports looks good on him. But to create this style, the edges of the beard have to be rounded to be spotted from a distance. You can’t leave any sharp flyaways as you can’t allow the beard to be pointy. Using a professional beard trimmer is the best way to style this type of beard properly.

The beard also has to be curved and arched at its very end. This gives it a sleeker look. But to maintain this beard as best as possible, regular trims are needed. You can’t have any pointy ends forming on you, so be sure to trim it from time to time.

David sometimes goes for a Balbo beard as well. It is popular among celebrities and involves separating the mustache from the beard. What makes this style perfect is its versatility, as it can go on any face type. But David Letterman has his little twist for it.

He sports a Grey Balbo beard! It looks handsome on him but using beard scissors is a must. Taming the beard and grooming it from time to time needs to be done regularly.

A long beard is what suits Letterman the most. He does not like going for a short type of beard. He prefers the long and bushy ones. However, the beard has to be wide besides having the length to make it work.

But growing a long beard like Letterman requires time and patience. Applying beard oil will be something that you need to get used to. To help the beard get as soft as possible and help it achieve a natural look, grooming and maintenance should be practiced at all times.

Most of us remember David Letterman as clean-shaven. He went without facial hair for the better part of his career. Since David has a lot of grey hairs now, there is no in-between for him. He can either go with a full beard or shave everything off.

To achieve a clean-shaven look, David Letterman uses the world’s best straight razor. According to certain people’s opinion, it is the best and the only possible way to get a proper clean shave.

Tools Needed to Grow This Beard

To grow a beard similar to David Letterman, one will first need a good three to four months of beard growth. He usually carries around a long beard, so one needs to practice some patience first to have the same. For those with problems growing a long beard, they can use some derma rollers beard promote smooth and healthy skin.

A good trimmer is a primary tool you are going to need. Also, be sure to get some scissors as well. David usually has a rounded beard, so these tools will help you maintain the necessary shape. Allowing it to become pointy will not do, so the scissors are there to help you do a quick fix. 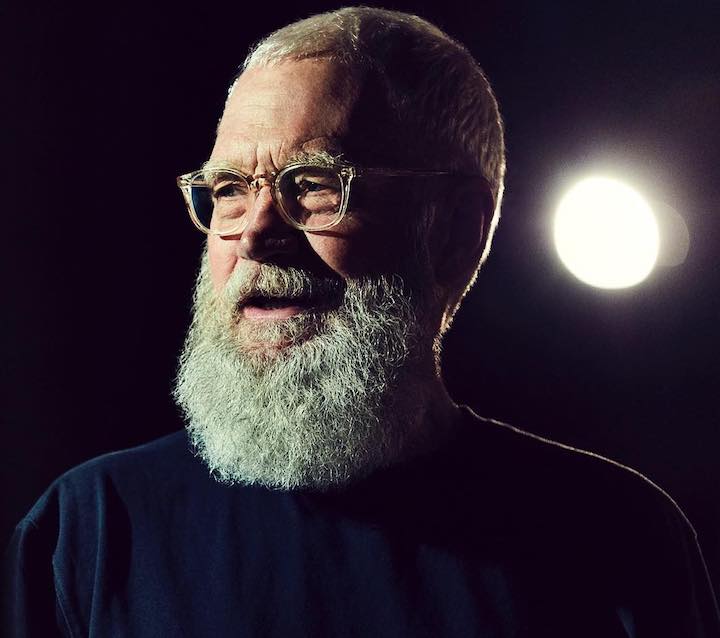 But a long beard needs a lot of maintenance to keep a smooth texture and look all shiny. For that, you can use some oils or a premium beard balm. Applying these products is necessary for a long-style beard. It helps it be strong and allows it to be visually appealing.

Allow your beard to grow for a good three to four months.

Step 2 – Use trimming and shaping tools

Use an electric razor to shave off the excess beard. Use some scissors or trimers to round up the beard and its ends.

Apply some beard oil and balms. Shave off the neckline parts, but not too much, and apply some aftershave.

If you are in two minds about the electric razor vs blade controversy, using a combination of both is the most suitable way to go. A trimmer works best when dealing with an excess beard, while a blade is only applied for parts you want, no facial hairs.

How to Style and Groom

It is not difficult to style a beard as David Letterman has. The hard part comes with growing it to a specific length and maintaining it later.

Since this is a long beard type, it will require around four months of patient beard growth. Those that don’t have strong facial hair might view this style as one of the beard styles to avoid. But those that have strong genetics can try it.

Be sure to trim the beard from time to time, so it does not get too bushy on you. The ends should not be pointy and you need to round things up a bit. To help it get the softness and gliss, add some oils after a shower. Good beard shampoo is also recommended.

Get a beard brush or a beard comb once you get to the desired length and style the way you want. Try to get a softer one and brush the beard from time to time. Similar to Letterman, this type of beard suits people with grey hair. So if you are planning to grow a grandpa beard, this is a perfect choice to try out.

We went through all the details about growing a proper David Letterman beard. But we still have some small tips that can prove to be valuable. Sometimes, small things are the ones that we usually disregard, while in reality, we should pay attention to those more.

David Letterman’s impact on contemporary culture is much bigger than we think. Surviving so long on-air is a feat on its own, but maintaining the same level of quality is something superhuman-like.

Even at 74 years of age, David Letterman doesn’t stop amazing us. He has added a new look that will define the later part of his years and we have to confess that it looks very good on him.